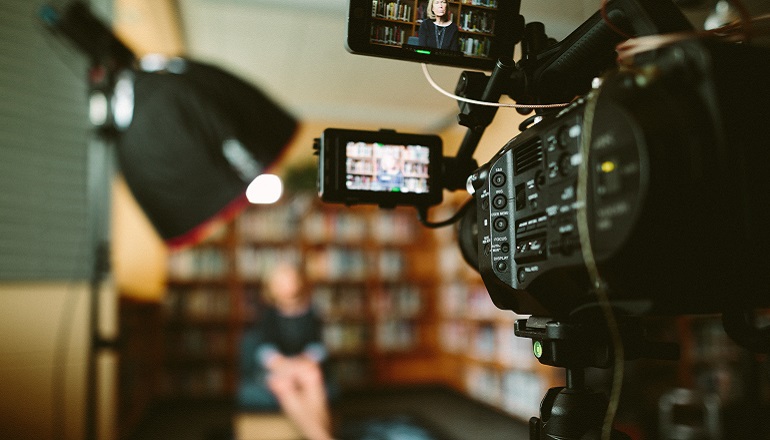 Adoptive Families (AF): You brought home two sons, Yosef, 10, and Daniel, 12, giving you a family of nine, four biological children and five adopted. How did you decide to adopt these boys?

Greene: Our son Lee spent time with the children who lived at the compound of Haregewoin Teferra. He got really attached to two brothers, Yosef and Daniel. He offered to give the boys his room and stay home with them, instead of spending the academic year in Israel. We said yes to them having his room, no to his staying at home to raise them. (Laughs.) But my husband and I went from saying, “How can we do this?” to “How can we not do this?”

Greene: We brought Fisseha home at age 10, and it was the easiest transition of any of our children. Everyone should start their families with 10-year-old Ethiopian boys.

Greene: Fisseha had been loved as an infant and child; he knew about loving families. The way he shows affection is so touching. A few months ago, he came downstairs in a green T-shirt, and I said, “Oh boy, that is really your color. You are really handsome in that.” For the next week, he tried to wear a green T-shirt every day to please me, even if that meant going into his brother’s drawers for them. He’s not going to give me a big hug and say, “I love you,” but I see this little smile he has. It’s just sweet.

I tell other parents who are looking into adopting older Ethiopian kids that the start-up is like that with a newborn. It is all-consuming and exhausting, and the child will be next to you or on you or in your arms at four, five, six years old.

But after three months, instead of having a three-month-old, you’ve got a child who can be recruited for the soccer team. Or who’s started piano lessons, or who’s in Brownies. It’s intense in the beginning, but then you get a child who can become part of your life faster than a baby can. Of course, none of the attachment is automatic. Our experience with adopting children who lost their families to AIDS has been joyful, yet tinged with grief for their lost families.

AF: Daniel and Yosef were your third and fourth child adopted from Ethiopia, which certainly gives you a firsthand perspective on the crisis there.

Greene: A few months after my five-year-old daughter, Helen, arrived from Ethiopia, she started sobbing in my arms one day, saying, “Why did my mother have to die?” And then she said, “I know why she died. She was sick, and we didn’t have the medicine.” I was rocking her and crying, and I said, “Sweetheart, I know, I’m so sorry. I wish that I had known you then. I could have sent you the medicine.” Then she said, “But we didnt have a telephone, and I couldn’t call you. And it just killed me, because here was a five-year-old girl who had seen her mother die, and she said it so plainly: She was sick and we didn’t have the medicine.”

AF: Why has it been so difficult to get low-cost anti-AIDS drugs to Africa?

Greene: Our country supports the rights of pharmaceutical companies above the rights of human beings. We’re writing powerful patent protections in trade agreements to protect drug companies, even those that had federal assistance in creating these medicines.

AF: You’ve written so much about adoption. Did you get interested in the topic after writing about it? Or was it the other way around?

Greene: I deceived my friends for years. (Laughs.) I led them to believe that while I was doing these magazine assignments, I would spot a little kid that I couldn’t leave behind. But the truth is that adoption was first in every case, and journalism second.

AF: Your book, There Is No Me Without You, recounts the decimation of an entire generation of parents by AIDS, leaving behind an unprecedented number of orphans. You write: “Who was going to raise 12 million children? That’s what I suddenly wanted to know. Who was teaching 12 million children how to swim? Who packed 12 million school lunches? Who cheered at 12 million soccer games?” Do you hope the book helps Americans understand the crisis in human terms?

Greene: My book is not a pile of grim statistics. I just want people to know that there are all these darling children there. They love visitors, they love hopscotch, they love Disney movies. Theyre just little kids, like other little kids.

AF: At the center of your book is Haregewoin Teferra, a widowed mother of two, whose adult daughter died. Still grief-stricken, she begins to take in AIDS orphans at the request of a Catholic organization. At the beginning, did she realize that she was in the middle of a pandemic?

Greene: She first thought that it was about her—that religious leaders were asking for her help to get her to pull herself together.

AF: After she takes in at least a half dozen children, she feels she’s starting to come alive again.

Greene: She fell in love with two six-year-old girls. But then the church calls again and says, “Miss Haregewoin, we have the half-brother of one of the little girls, we have another six-year old girl, and four-year-old twins.” And she says, “You want me to choose among orphans? I guess maybe I should take the half-brother.” And the church official laughs, and says, “No, Miss Haregewoin, we need you to take them all.” That was her first glimmer of the fact that this was not about her, that the church was turning to her in desperate need.

AF: The first thing you learned about Haregewoin was that she was a foster mother who had dragged a metal shipping container onto her property, cut a door into it, and turned it into a classroom. What else prompted you to write about her?

Greene: Haregewoin did not have to be part of this crisis, but she stepped into the rising waters of AIDS orphans at a time when most people were terrified of them and the disease.

AF: Haregewoin called you from prison. What happened?

Greene: The entire compound was awakened one night by a boy’s screams. He was red-faced and distraught, and he accused a young man who worked there of molesting him. Haregewoin said, “That’s it. Never speak of it.” The stigma against homosexuality is profound in most countries around the world. It is seen as an abomination. Of course, what happened there was not homosexuality per se, but molestation. But the fact that the molestation took place [in the context] of homosexuality made it unspeakable. For that reason, Haregewoin refused to talk about it: she felt she would lose the children and the houses would be closed. She failed to call the police, and she failed to ask a doctor to see the boys who said they had been molested. She tried to cover it up and make it go away.

Greene: After a year, one of the boys told his story to an American volunteer who marched him off to the police. Haregewoin was arrested and imprisoned. It gave her time to think, and to understand that she’d gotten off track. At that point, she was really valuing the houses and everything she had built above the very specific needs and requests of these boys, who were old enough—in their early teens—to worry about whether they’d been infected with HIV.

Greene: It turned out that she was being held as a witness. The young man who reportedly molested the boys was arrested, though the boy who was crying that night later said that nothing happened.

AF: When Haregewoin called you from prison, your book was just weeks away from completion.

Greene: I didn’t know what was going to happen. I went to see her a few months later and we talked. She realized that she was wrong in not reporting the accusations. I had to rewrite the book from the beginning and [make it clear] that Haregewoin was not a saint. If you think about it, you don’t have to be a saint to do good. She messed up and she made mistakes, but she still did good.

AF: Where did the title of your book come from?

Greene: It’s something that Haregewoin said to her daughter, There is no me without you. But to me, thats what Africa is saying to the West. And we should be saying it back to them.