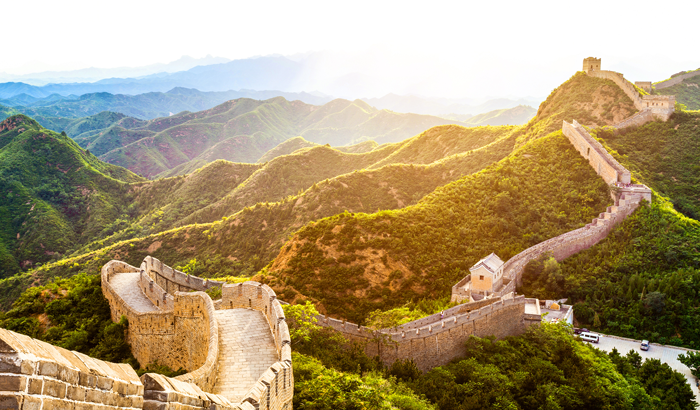 There is a Chinese legend that says the gods tie an invisible red thread around the ankles of those destined to be together for eternity. This magical thread may stretch or tangle, but it will never break and will eventually lead you to your soulmate. I was intrigued by the legend when I first read about it 14 years ago.

After years of infertility, I yearned to be a mother. When my body let me down, the pain and disappointment were devastating. While doing Internet research on international adoption, I found an agency that specialized in placing Chinese babies with Western couples. The adoption agency’s website wove the red thread legend with pictures of smiling little girls and their new adoptive parents. I was drawn to the story and believed there was a little girl over there whose ankles were bound to mine. Soon after stumbling on the site, I was filling out the online information and sending in a deposit.

Parenthood in Our Sights

About a month after applying, my husband and I received a thick envelope in the mail telling us we’d been accepted and detailing the daunting process we were about to endure. They required criminal background checks, health screenings, a detailed family tree, as well as a more extensive application that was so big you couldn’t staple or paperclip all the pages together. They also requested pictures of the two of us, as they said the Chinese government tried to match facial features and physical characteristics as best they could. Since the adoption agency was in Colorado and we were in Florida, they referred us to a local social worker who would conduct a home study of our living environment and our relationship. It was exciting and overwhelming all at once.

The agency also hosted regional seminars for their clients. At these seminars, new families described their first meetings with their babies, when a hotel elevator opened and the child was placed in their arms. We learned that our stay in China would be about two weeks, in order to finalize the travel documents for the child. Parents were encouraged to use the time to explore, and they showed us pictures of the Great Wall and Tiananmen Square. The Chinese government wants you to immerse your child in her culture as she grows, we were told, so soak it up while you are there.

I used these visuals to put my hopes out to the universe; I’d picture myself climbing the Great Wall, or in the middle of Tiananmen Square. And for a while things progressed. But then a SARS epidemic halted all tourist travel in and out of China. This meant adoption applications could be delayed up to two years. My heart sank as we anxiously waited.

In January 2004, once the travel ban had been lifted, our agency contacted us to say that applications were moving again and that we should plan to travel to China by the end of the year. But that didn’t happen.

Just a few weeks later, on February 7, I watched my husband take his last breath as he lay dying of a heart attack. Shock and gut-wrenching pain immediately followed. As I sorted through the remnants of my life, I wasn’t sure what to do about the adoption.

That decision was made for me. On a bleak afternoon, about two weeks after becoming a widow, I got a call from the agency. A young woman told me in a broken voice that they were no longer considering my application, because I was no longer married. The agency’s policy did not allow for single adoptions. As I heard the news, I swallowed hard and tried not to cry or throw up. Then, I heard her quietly say, “I begged them not to make me be the one who told you.” Those words have stuck with me to this day. It was obvious my situation was cruel.

Soon after that call, I knew that the decision to deny my application was right and one that I would eventually have come to on my own. It still took some time before tears wouldn’t stream down my face or a lump form in my throat at the sight of a little Chinese daughter holding hands with her American mother. And, for years, I would count the time that passed…“She would be seven now,” I’d think, imagining myself trick-or-treating with a little girl dressed as Disney’s latest princess.

As I worked to accept my life as a young, childless widow, I knew I not only had to grieve the loss of my husband, but the loss of my daughter as well. In doing so, I learned valuable lessons I have since come to appreciate—strength and resiliency, and taking nothing or no one for granted. 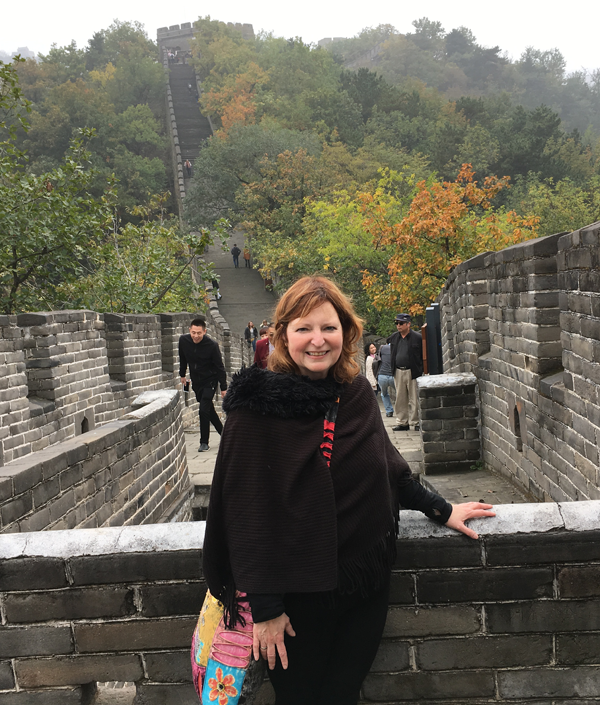 I did finally make it to China in the fall of 2016. While standing on the Great Wall, marveling at its history, it felt familiar. It was the image, and even the feeling, I’d put out to the universe 14 years earlier. As I walked the broken stone path of one of the world’s wonders, I held the hand of the man I love—our ankles bound by the red thread that we cannot see. The winding and rocky path of the wall resembled our lives. It took a while to find each other, but the journey made us who we are today. My love for him is deep and grows every day. And his two grown daughters lovingly accepted me into their lives, filling the hole in my heart. Now I have the family I dreamed of many years ago, and I know this is the life I was meant to live.

<
Previous:
Letters to the Editor, RE: December 2016
Next:
>
Bringing Birth Siblings Into Our Children’s Stories—and Lives
Authors
Michelle Paris