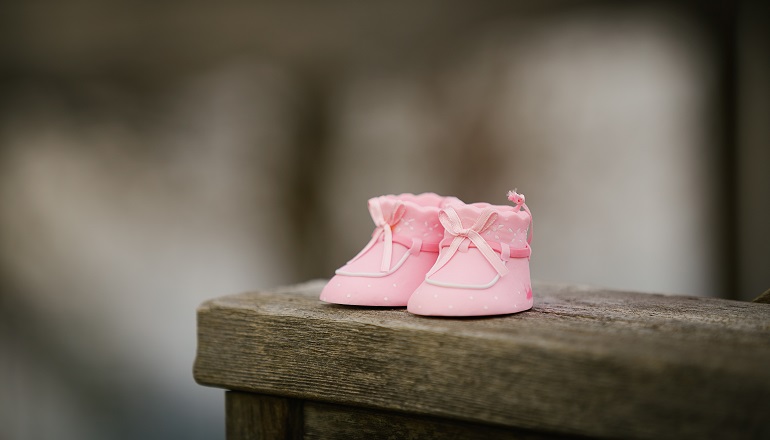 “Congratulations, Mrs. Pope.” My daughter’s kindergarten P.E. teacher had heard the happy news that I was pregnant. Only I wasn’t! It was just wishful thinking on my daughter’s part, now that she’s developed a fascination with pregnancy.

The fear of public scrutiny sometimes haunts me. If she shares (even though I asked that she not) her newfound information on pregnancy and childbirth, I’m concerned that I’ll be the subject of PTA gossip and Room Mom ridicule—the target face on a dartboard at moms’ night out.

Despite my worry over public humiliation, this is not my only—nor my biggest—fear regarding my six-year-old. As much as we love our child’s birthmother, it’s a great hope of mine (and my husband’s) that our daughter not follow in her footsteps toward a teen pregnancy. That thought chills me to the bone.

So I’m sure I looked white as a ghost when my daughter popped the question two months ago. Her exact words: “Mom, I’ve been wondering this for a long time: How do women get pregnant?” I gracefully danced around the answer, not really explaining the birds and the bees, spewing out something about God. That was followed by an intelligent suggestion to go to the library the next day to find some books on the subject.

My little reader couldn’t get those books (age-appropriate, mind you) off the shelf fast enough. We read one of the books together—three times. When daddy arrived home, she rushed to the door and greeted him with news of her discovery of the umbilical cord.

She spent a restless night, and when she had trouble sleeping, she requested the book again. The next day began with more questions. She watched the video I’d made of her birth three times, each time more intently.

A close friend, mother of four (all adopted), calmed my anxiety with her insight. Since our daughter was a baby, we’ve been sharing with her the wonderful story of her birth and adoption. My friend believes that children of adoption often learn about pregnancy and birth earlier than other children and, therefore, have more interest and questions at a younger age. Sage counsel, I believe.

Despite signs that the question was coming soon, I was still unprepared. My daughter used to walk around the house with a stuffed animal under her oversized T-shirt. (I told her pretending was OK as long as she was also pretending to be 30 years old and married.) A recurrent begging for a set of dolls, including a pregnant mom (detachable belly), a dad, and two young children, represented another phase. And somewhere in between, the (false) rumors of my pregnancy broke out at school.

I guess, since I handled the pregnancy rumor, I can manage the repercussions should my daughter leak any details about the miracle of birth to her classmates. I’ll simply tell their parents that I’ve actually saved them some tough work.