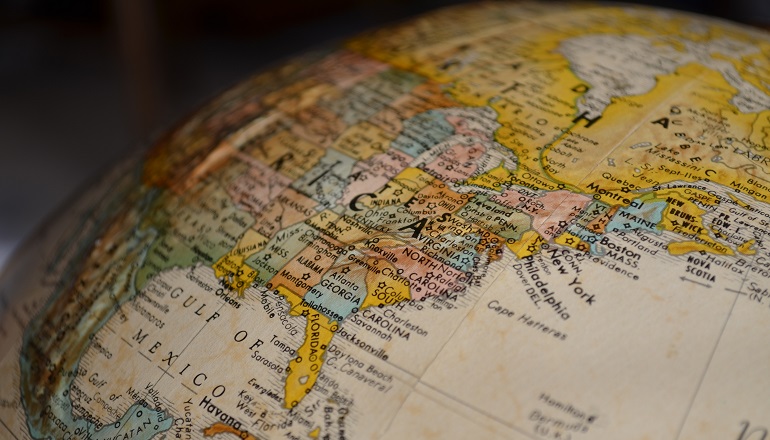 Bill and Pat are expecting their first baby in October.

Like most first-time parents, they are nervous and excited, wondering if the child will be healthy, pretty, smart, and if they will be good parents. But their concerns go beyond the ordinary. Pat and Bill are adopting a child from India. How, they wonder, will they give their daughter a sense of her own culture? How will they help her cope later on with prejudice and discrimination that they themselves have not experienced?

These are serious questions to ask about a child who is barely four months old, but they are issues that families adopting children from abroad must be concerned with from the start, according to adoption agency workers in the Twin Cities (Minnesota).

As interest in intercultural adoption grows, social workers and parents are thinking more seriously about the long-range consequences of interracial families. Most people agree that the adopted foreign child needs a strong sense of his or her own cultural background along with a loving family here in America. But there is little agreement about what is the best way to prepare the children and their parents for their intercultural and interracial future together.

“It’s important for the parents to realize that they are not adopting a baby, they are adding a person to the family. This child is going to grow up, start dating, marry someday, and they are going to be an interracial family from this point on,” said Pat Eldridge, adoption director at Lutheran Social Service, which handles many international adoptions.

At a workshop for parents planning to adopt Korean children, Eldridge asks the adults to think about racism in their own communities, about how people react to Asian adults and how they themselves respond to Asian-Americans. Everyone thinks babies and toddlers are cute, but “there are differences in the attitude toward teenagers and adults of other races,” Eldridge said. It is important, she added, for parents to recognize this from the beginning so that they will understand the child’s situation.

Bill and Pat’s daughter Josie will be about nine months old when she begins her life in Minnesota next fall. Her age is uncertain because she was abandoned on the steps of an orphanage in India when she was about three months old. There is no record of her birth parents. Josie’s situation is typical of many of the infants adopted from other countries.

Like Josie, most of the children are between four and twelve months old when they arrive, although there are also many toddlers and some children as old as eight. Fourteen is the upper age limit for a child adopted from abroad, and the youngsters are rarely younger than four months because the legal process in the foreign country usually takes at least that long.

International adoptions now account for the majority of all adoptions handled by private agencies. The fact that infants and very young children are available for adoption from other countries is the main reason that interest in international adoption has grown so rapidly, according to Paul Eid, adoption director at Children’s Home Society in St. Paul. Parents usually can get an international infant within a year’s time, Eid said; the wait for a healthy white baby is five or six years. At the Children’s Home Society, “we only place about 75 white infants a year,” Eid said. By contrast, the society placed more than 200 Korean children, mostly infants, last year.

Overseas adoption was first organized after the Korean War, when the Holt Adoption Program in Oregon began finding American homes for the hundreds of children fathered by U.S. soldiers in Korea. Korean society traditionally has rejected persons of mixed race, and these youngsters had little hope for a successful life in Korea.

Many of the children placed in American families during this first wave of adoption were five or more years old. Families today still prefer adopting an older Korean child rather than an American child of the same age, Eid said. The older American child may have been in and out of foster homes, possibly abused, and probably has very special psychological needs, he said.

“People feel that the cultural differences are less difficult to handle,” he said. “In order to survive, the Korean child or any international child is going to adapt pretty quickly” by learning to speak English and to fit into the new family.

For children who are old enough to remember their native country, adapting sometimes takes the form of a conscious rejection of the former life and culture. This is particularly true among pre-teens and teenagers.

Hung, a 10-year-old Vietnamese boy who joined the Strong family of St. Paul two years ago, is a good example. Hung’s first few months with the Strongs, who have three other biological children, were difficult ones. In Vietnam, his mother had left him alone days at a time, and he came to America with a street wisdom beyond his years. He also came with 10 abscessed teeth, sickness, and malnutrition.

“He was a very difficult customer to deal with at first,” said his father, Stan Strong, associate professor of psychology at the University of Minnesota. When things did not go his way, Hung would “fall into a ball and cry the most incredible, throat-rattling cry. He just retreated from reality and it really cowed us.”

Today, Hung is receiving special help in English at school, but otherwise he is not very different from the other Strong children. Hung says he no longer understands Vietnamese, although Strong said he thinks the boy understands when older Vietnamese women in their church speak to him.

“We want to give him the tools needed to survive in this country and culture,” Strong said. “Right now, he has rejected his Vietnamese culture deliberately, but we’re trying to make it possible for him to regain that heritage” once he feels secure enough to do so, Strong said. The entire family has become interested in Vietnamese traditions and became friendly with Vietnamese families in the community.

Having Vietnamese adults as role models could make the difference in the long run between a successful and an unsuccessful adjustment for Hung, said Bill Chartrand, a Ph.D. candidate in international communication. Chartrand is researching patterns of adjustment within families that adopted older Korean children five or more years ago. He is trying to determine whether the way parents think about the child’s “differentness” affects the way the child thinks about him—or herself.

Chartrand and his wife themselves have adopted an African American  child and a Korean child in addition to having two biological children.

Although he has not yet compiled all of the data from interviews with fifty Minnesota families, Chartrand has a few theories about what his research may indicate. Parents adopting overseas youngsters today are less concerned about the differences between these children and American-born children than the earliest adoptive families were, he said, and this can be damaging for the youngsters as they become adults.

Parents should let a child know from the start that he or she is different from some other people and that this is a good thing, Chartrand said. The children should know they are unique in a positive sense.

“A few years ago, parents were adopting Korean kids because they were Korean. I see a very different kind of adoptive parent today, who tends to try to ignore the cultural differences,” he said. “Now, there is this intense desire to parent a child, whatever the race, as long as it is healthy and still young enough to be influenced by the parents’ values.”

Although most adoption agencies provide pre-adoption counseling encouraging the parents to maintain a connection with the child’s native culture, “most parents want a child so badly that they say they’ll do anything without knowing what it really means,” Chartrand says.

These parents think that they have fulfilled the child’s cultural needs by buying interracial dolls and books, or by seeing that the child meets children of other races, “but these kids need real adult role models of their own race, not just these kewpie doll things,” he said.

The Organization for a United Response (OURS) was established in 1968 by a group of parents of adopted children, primarily international children, to share their problems and solutions in raising intercultural families. There are more than 4,000 OURS members in Minnesota. The organization publishes a newsletter with close-up features on newly adopted children, helpful information for parents, and notices about relevant political and social events.

Carol Houlton is an area leader for OURS and the mother of a Korean girl. When her daughter first arrived here at age four, the child was very frightened of men, Houlton said. After several weeks, the girl forgot her fear and became very affectionate toward her father. Houlton discovered later that children in Korea are rarely with their fathers, and the child was probably afraid only because she was not used to seeing men.

This is the kind of information that Houlton shares with new adoptive parents through OURS, along with recipes, foreign word sheets, and health advice. The OURS group provides parents of international children with needed support during the first weeks of interracial family life and promotes social activities with other adoptive families. But Bill Chartrand believes the organization falls short in its efforts to help the children, because the youngsters have only other children as cultural models.

“Groups like OURS have got to start struggling with the stereotypes that these kids are going to face as adults,” Chartrand said recently. “Positive adult role models are what the kids need, not more weenie roasts. A whole new approach is needed,” he said. “We’ve got to deal with the identity of Asian-Americans,” and other foreign-born people in America, because as adults, these kids will discover that they are not wholly American nor wholly of another culture.

“Youngsters need to know that the western American railroads were built by Chinese,” he said. They need to see and admire people like Seiji Ozawa, director of the Boston Symphony Orchestra, and former U.S. Representative Patsy Mink.

With so many Americans compiling genealogical charts in search of their ancestral roots, it is not surprising that children whose biological past must remain a mystery need to maintain a connection with their cultural roots, both here and in the country of their birth. There appears to be no simple formula for parents who want to help and support their children in establishing this identity, but most of the parents seem to be trying in their own way.

Like most other parents in the world, Bill and Pat will worry about their daughter, Josie, as she grows up; they will help her however and whenever they can. And like most parents, they hope they will make the right decisions.