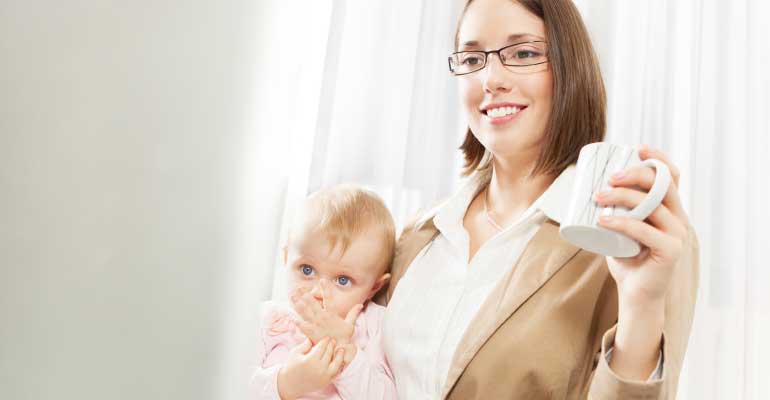 The day arrived. I walked out the door, looking back at my infant son nestled in the arms of “the other woman.” How could someone so tiny have so much power over me?

The decision can be excruciating, for any mother. But after waiting, hoping, and praying for months — or years — to add to your family through adoption, it seems ludicrous to think of spending a single moment, let alone the entire day, five days a week, away from your precious gift.

I had agonized over the decision to return to work after adopting my baby. We needed my income to meet this new, lifelong responsibility, but there were other reasons, as well. I had worked for over 20 years to build a career, which, as my mother pointed out, was a big part of who I had become.

Still, I worried that my child would become so fond of “the other woman” that I would be left watching from the sidelines. This feeling never left, but I drove to the office each morning, cursing traffic and the world, and then raced like hell to get home every night.

Around the fifth month, we were forced to switch nannies when ours experienced health problems. We were fortunate to find another one who had worked for a neighboring family. (I say “fortunate,” but I secretly dreamt that, somehow, all of the good nannies had been mysteriously kidnapped, leaving me no alternative but to stay home!)

The gods were conspiring to keep me working, because this nanny was even better than the first. My son loved her, and she insisted on cleaning the house while he napped. She made it hard for me to resent her.

My son’s first birthday rolled around, and, among the piles of presents, it was I who got the biggest gift of all. I had invited his first nanny, who was back on her feet and thrilled to see him again. As I handed him over to her, he let out a wail! He looked back at me as if to say, “Why’d you hand me over to this stranger?”

I swept him back into my arms, and he immediately stopped crying. I blamed his reaction on stranger anxiety, but I was beaming inside. I knew he didn’t remember her, nor would he recall much of these first years.

I still have occasional pangs of working-mom guilt, but I’m comforted in knowing that, although my child may not have the most highly developed memory these days, he knows who mommy is.