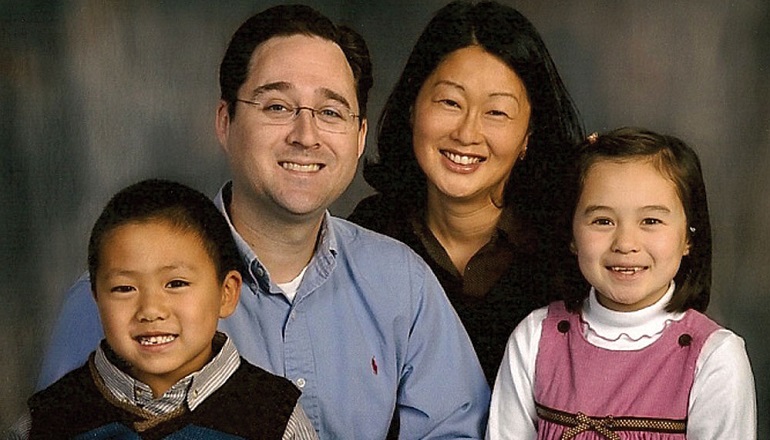 “Wow. You are so healthy-looking. I mean, I think it’s great. I just didn’t think…. Wow, so healthy.”

Apparently, I was the first Asian that Rick, a new waiter at the restaurant where I was working, had seen in person. I don’t think he was implying that I was grossly overweight, but his deliberate choice of the word “healthy” clearly conveyed that I was much, much larger than he thought an Asian woman should be.

A couple of years before, in the winter of 1992, I was waiting tables at another restaurant. Every television in the place was showing the Olympic games, and at least one person from every table asked me one of the following questions: “Has anyone ever told you that you look like Kristi Yamaguchi?” “Are you an ice skater, too?” “What is it that makes your people such fierce competitors?” Debate with me, yell at me, and stiff me on a tip—I’m still not going to tell you I agree that all Asians look alike.

The ignorant comments didn’t stop in my twenties. Last week I had two different interactions driven by Asian stereotypes that remain alive and well.

The first took place in a grocery store. As I walked down the “International Foods” aisle, I passed a woman scrutinizing the Asian food selection. She caught up with me and said, “Excuse me. Could you recommend a brand of soy sauce that’s suitable for stir fries?” Come on, seriously? I just came here to get some salsa and a taco kit for my kids. When I responded, “Well, I’ve never made a stir fry before, and I’ve only ever used this brand [pointing at a bottle],” she looked disappointed.

This woman’s question wasn’t malicious, just ignorant. Yet I walked away feeling that I should have said something to cause her to see that her question was inappropriate and offensive. On the other hand, there’s still a part of me that doesn’t want to play the role of educator in situations like this, and risk being called out as the one who is overreacting, the one who is making a scene, the one who is judging others too harshly.

The second situation, however, was much more overt and uncomfortable. I was at a store, waiting in line to pay. In front of me was a white male, who looked to be in his forties. When it was his turn to check out, he glanced around and saw me. Then he looked at the younger Asian woman working the register. He got a smirk on his face and murmured, “Hmm.” His suggestive tone made it clear he was excited about having two Asian women on either side of him—because, as everyone knows, Asian women are both exotic and sexually submissive, used to being the targets of objectification. And yet, when I looked him in the eye and said in a sarcastic voice, “Your wife must be so proud” (yes, he was wearing a wedding ring), he not only looked shocked, but offended.

I have shocked, confused, and disappointed many people in my lifetime because I seem to be the wrong kind of Asian. There was the gymnastics coach who didn’t understand why I wasn’t more graceful; the piano teacher who was disappointed that I couldn’t perform as well as her other Asian students; the calculus professor who became impatient when I couldn’t grasp certain concepts; the guys at college who would get angry—or worse, be surprised—when I wasn’t willing to accept their presumptuous sexual advances; the coworkers who were displeased that I wasn’t more demure (read: silent) in our monthly meetings; and countless others. Over the years, some have even remarked, “What kind of Asian are you, anyway?”

As a parent, I know that my children will be subjected to the same set of standards. Some say that we’re lucky, because Asian stereotypes are among the more “favorable” ones. I respectfully disagree. My children have already been put into boxes by people who expect “acceptable” Asian behavior. Every person of color in this country has a hard time being seen “as is”—beyond the stereotypes, labels, and media images.

I want my children to know it is not their job to perform, sound, and look a certain way to make others comfortable. I want them to have the confidence to determine what it means to them to be a person of color in this country. Most of all, I want them to know that they are “right” exactly the way they are.

Reprinted from loveisntenough.com, with her permission.