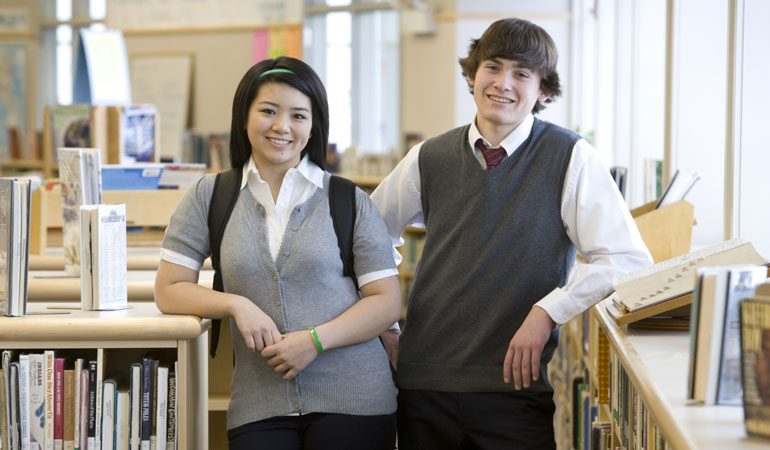 I think that being a transracial adoptee is a lot like being left-handed. You just don’t notice it unless someone else points it out…but that happens a lot. Just like a southpaw constantly hears, “Oh, you’re left-handed,” I constantly heard, “Jason’s not really your brother, is he?” Not being the particularly shy and reclusive type, I would oftentimes meet a comment like that with raised eyebrows and say, “No, Jason comes from Mars, and I was born right here on the planet Earth.”

My brother, Jason, and I were both adopted. Jason was born in Michigan, and I was born in Korea. Together with my parents we made a family. I can’t say that I am really offended when people see our family together and inquire about it. Education has done a lot to promote the idea that families are made in many ways.

Still, there are times when I wish that it were not so obvious that we are different. I have heard other Asian transracial adoptees tell of some certain “moment” when they realized that they were not the same as everyone around them. I never had one of these moments. My parents, especially my mom, did a wonderful job of explaining to us about adoption and about how families are made in different ways. I really felt special more than I did “different.”

We lived in a large city, and through my parents’ adoption agency, they were able to locate other parents who had adopted from Korea. When I was young, my mom made a real effort to get together with two of these families for dinners and picnics. It was probably good for me that we did this, but I still chose a Caucasian as a best girlfriend, not because she was white, but because she could ride no-handed on her bicycle and because we were experts at getting into trouble together in Ms. Lytel’s third grade class.

It wasn’t until I was in my teens that I really started to realize that I came from another country and another culture, that given different circumstances, my life would be completely and totally different.

My teen years were definitely the hardest, for me and for my family. I felt different for the first time. I felt unsure about who I was and had a hard time resolving that. At first I denied my heritage. I wanted to be like everyone else. Fortunately for me, I have the most wonderful parents in the world! They stood by me and when I finally was ready to explore my feelings and needs, they were there to guide and share with me.

From one extreme, I went to the other and immersed myself in learning about my Korean heritage and the history of my birth country. Slowly I moved toward the middle ground and am now happily at peace with who I am. I want to say, however, that having a supportive and loving family was key in reaching the place that I now am.

I don’t think that this crisis of self was totally based on being adopted or being Korean. I really do believe that all people have issues that they must deal with and times in their lives when they must resolve issues. For those of us who are very, very fortunate, we have the love of family.

I think that before I get married and have a family of my own, I really would like to return to the land of my birth and see the people and culture. I am back to the place where I once again feel “special” instead of different. I am blessed for so many reasons.

If I am asked any one question more than any other, it is, “Do you ever want to go and find your real mother?” I understand why people ask this, but it is a pretty insulting question. I have a real mother.

And in regard to finding my birth mother, I just don’t have that burning desire. If I could be granted one wish, however, it would be for her to know that she made the right choice. She gave me up for adoption (I’m sure because it was the only thing she could do) and probably wonders how I am. I wish that there were some unintrusive way that she could know that I am happy and healthy and loved. And I have prayed that God would give her this comfort in her heart.

I was asked to write this article for parents who are considering adopting from another country. I hope that it has helped in some way. I know that it is hard when people say, “Oh, she/he is so lucky to be adopted by you.” My parents told me that people used to say that to them about Jason and me all the time. But just between you and me, I want you to know that they are right. I feel pretty lucky. I am loved.

<
Previous:
When You and Your Baby Don't Speak the Same Language
Next:
>
Communicating With Your Baby
Authors
Kaitlyn Kerry