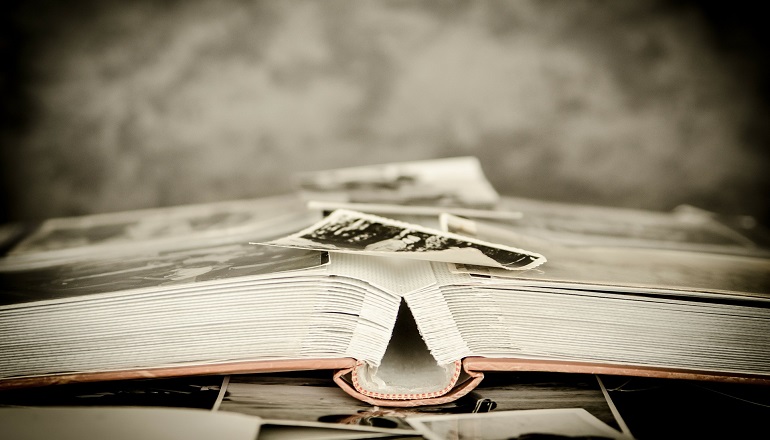 When another child joins your family, he or she is suddenly the new part of an already established unit. As a parent, you can help your new child feel more a part of that unit by keeping the family photo album up to date throughout his or her first year home. For adoption-expanded families, especially those bringing home an older child, the family photo album may carry even more meaning than for other families; it is deemed synonymous with family ties, shared memories, and belonging together.

Our oldest daughter joined our family at age ten. In the light of a shaded lamp, she thumbed through our family photo album with intelligent, worried eyes. You can imagine her excitement a few days later when new rolls of film were developed and she saw pictures of herself in the stack. Because she arrived the first week in November, photos of the other kids in our family carving pumpkins were mixed in with arrival shots at the airport and lots of pictures of her first day home with us.

It was a visible symbol that she belonged with us.

As we placed the glossy pictures in the slots, she breathed deep, as if it were a prayer. And indeed, she seemed to be giving thanks from the core of her being. I began to understand. Her place in our family was no longer invisible; the photographs we now had somehow compensated for those we did not.

Nobody in our family could take pictures worth a darn.

Yet we had boxes and drawers overflowing with photographs to reminisce over. Our bookshelves contained stacks of organized family photo albums.

Despite my desire to continue the tradition, by the time we adopted our third child, picture taking was becoming less of a draw. Our household suffered the predictable snafu. Photos taken in January sat around like leftovers. Weeks passed and we continued to forget to take the film to be developed.

With our third child, we’d missed out on her babyhood but had arrived in time to preserve her preteen years on film. A family photo album tells a story, even when it’s blank. To that end, we decided no longer to leave picture taking to the clutches of spontaneity. We charted a plan: We vowed to keep a camera loaded with film in the house at all times. In addition to my camera, for one year we would also keep a disposable quick-shot camera on hand in the kitchen. When the frames were used up and it was time to purchase a new one, we would simply add camera to our grocery list.

With that much decided, my husband and I became “household tourists,” capturing those days when we stayed home and goofed off. We let the kids take photos of us sitting in deck chairs, hair uncombed, receptive, ready to laugh, and they took pictures of each other. We posed together as a family, preserving a moment solid as a stone monument.

Adding an older child to the family is by its nature complex and dynamic, so we purchased a new three-ring binder, and lots of photo filler pages, rather than always adding to our existing family albums. The new photo-book seemed to give us all a fresh start, on equal terms, and we started a new family ritual-adding the pictures to the album as soon as we brought them home. We give each child a handful of pictures and invite each to arrange a page in the photo-book any way they want. The result is a book of juxtaposition photos that the kids love to page through. The photos are no indication of a career option, but how perfectly those scenes capture our ages and our personalities, sharing activities, and supporting each other’s interests. Fortunately our grocery store provides cheap photo processing. On the way home from the market, our daughter ripped open a package of newly developed pictures.

“Check it out!” she crowed. “Everybody’s in this picture, even me.”

<
Previous:
Communicating With Your Baby
Next:
>
"Where Did You Get Those Dimples?"
Authors
Terra Trevor