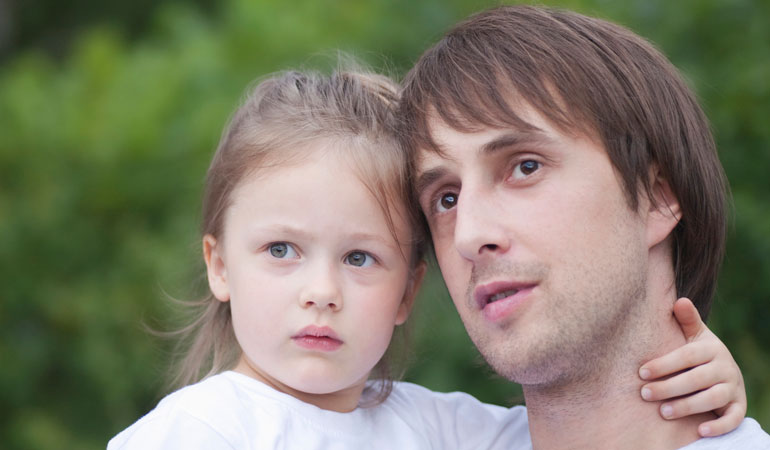 Children who join their adoptive families at older ages have often experienced tough circumstances in their birth families. A child may have been exposed to alcohol in utero, or have vague memories of a birth parent’s drinking or drug use. Talking about birth parents’ drug or alcohol abuse with a child isn’t easy, but you shouldn’t avoid the conversations or even postpone your talks for too long. Sharing accurate information about substance abuse in your child’s birth family is as important as sharing any other information you have about them.

Knowing about and discussing traumas he’s experienced won’t harm a child — the traumatic events themselves have already caused hurt. Your child may remember some of what occurred in his birth family, and may have an inkling of why he was removed from his birth parents’ care. Affirming this reality will help your child more than will trying to smooth over or ignore negative aspects of his story.

In these early talks, try to use a neutral tone when discussing drug and alcohol use. Offer the information you have without attacking or judging your child’s birth parents. If she perceives an attack, she may mount a defense.

Words You Can Use

When explaining drug use, focus on matters of legality and safety. A conversation with a five- or six-year-old might begin: “I know that I told you that your birth father and birth mother are in jail. Do you remember what we told you? Well, they were smoking crack, which is a really dangerous drug. It made them do illegal things, like steal from people. The police caught them, and they had to go see a judge, who sent them to jail.”

Alcohol is trickier than drugs to discuss because drinking is legal for adults. Whether or not there is alcohol in your home, it has a prominent place in our society. Your child is bound to see people drinking on TV, on billboard ads, and in restaurants.

Over the years, many children have told me some variation of this story: “I got taken away from my birth parents because they smoked cigarettes and drank beer.” Obviously, this story is incomplete, because no child would be removed from a family solely because his parents smoked and drank beer! Incomplete stories lead to confusion for a child. What will he think if he sees you smoking and/or consuming alcohol? That he may one day have to leave your home, too?

If you keep the focus on safety, your child can understand the situation better. You might begin with this explanation: “Do you remember why you had to leave [what I told you about why you had to leave] your birth parents? Your birth father drank beer and a lot of it. Daddy drinks beer, but he doesn’t have more than one or two cans with dinner. When your birth father drank beer, he had many more at a time. When people drink that much, they can’t take care of a child, and they often become mean. Your birth parents couldn’t keep you safe.” If your child was affected by a birth mothers drinking while pregnant, and has a diagnosis of fetal alcohol syndrome or fetal alcohol effects, you’ll need to have a frank talk with him as he may face potentially insurmountable problems.

Parents sometimes ask me whether they should refrain from drinking at home. For the most part, children can understand drinking in moderation, from explanations you give and by seeing your example. If your child was abused by someone who was drinking, however, the smell of alcohol might trigger severe anxiety.

You should raise this topic many times throughout your child’s life as you will other topics related to adoption or birth family. Children remember certain things, forget some things, and focus on different aspects of what you share, depending on whats going on in their lives at the time.

But you must have an in-depth discussion with your child about drugs and alcohol before he becomes an adolescent and experiments with them himself. He needs to know that his genetic history may put him at a higher risk for developing substance problems, particularly if he starts using during adolescence.

Don’t expect your talk to guarantee that your teen will never drink or try drugs. Adolescents feel omnipotent (this is why teens who have diabetes are notorious for eating whatever they want). But periodically bringing up his history and asking whether he has any new questions about adoption or his birth family will let your child know that you are always available for honest conversation.