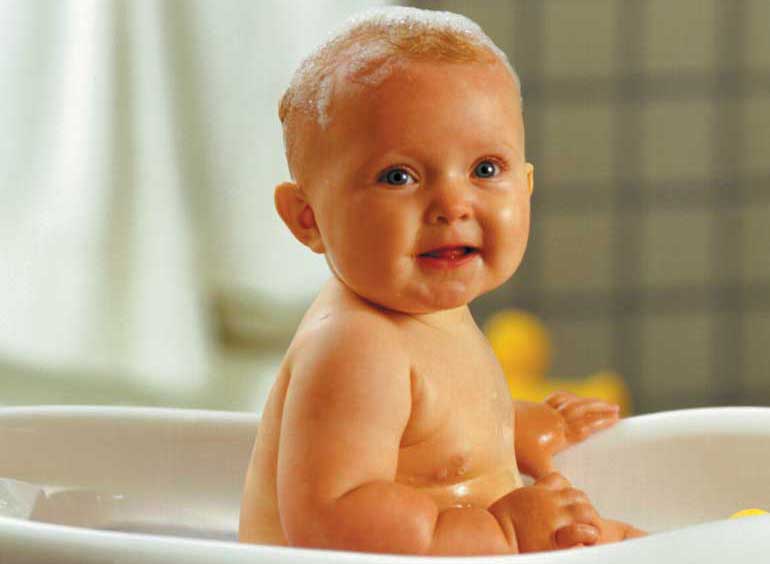 When Katie and Jeffrey Davis set out to adopt a baby domestically, everyone close to the couple assumed they were in for an excruciatingly long wait. As it turned out, the Davises, who live in Baltimore, Maryland, were matched with a birth mother less than a month after their adoption agency started presenting their paperwork. Their daughter, now five, was placed in their arms just seven months after they started the adoption process.

“People think that adoption takes five years, just forever and ever,” says Katie. “They were shocked that we adopted a baby in the U.S., and that the process went so smoothly.”

The Davis family’s story is not particularly unusual. While international adoption has commanded the limelight for the last two decades, domestic adoption has remained an untold story. Despite persistently negative and sensational media coverage, domestic adoption today is more transparent than ever before, and increasingly defined by healthier choices for birth families and adoptive families alike.

The fact that more than 18,000 American families successfully adopt newborn babies in the United States every year belies the widespread misperception that domestic adoption is a difficult, time-consuming, expensive, and risky process. The truth is that most families successfully adopt within two years of beginning the process. The cost of a domestic adoption varies widely, from under $15,000 to more than $50,000. According to surveys conducted by Adoptive Families, the median total cost of a domestic adoption is $30,000 to $45,000, which tends to be considerably less than that of a typical international adoption.

The most damaging, and most deeply entrenched, conviction—that birth parents return after relinquishing parental rights to try to reclaim the baby–virtually never comes to pass. “People watch TV and read the newspapers, and they are scared to death,” says Mark T. McDermott, an adoption attorney in Washington, D.C.

Although fewer adoptions currently take place each year within the U.S. compared to 35 years ago, domestic adoption is far from dying out. In fact, more U.S. families adopt domestically than internationally each year.

To be sure, the number of infant placements in the U.S. has dropped in recent decades. In the mid-1970s, as many as 49,000 American infants were placed for adoption each year. In 2007, the most recent year for which accurate numbers exist, there were an estimated 18,078 domestic newborn, non-relative adoptions.

The drop in the number of newborn adoptions since the 1970s coincides with a decline in the percentage of single mothers placing children for adoption, down from nine percent in the 1970s to 1.4 percent in 2002 (the most recent year for which this statistic was reported), according to the National Survey of Family Growth. As the stigma against single parenthood has diminished over the last 35 years, so has the number of children placed for adoption.

Despite the tenacity of myths and stereotypes, domestic adoption has quietly redefined itself over a generation. Adopting parents, once resigned to a lengthy wait at their local adoption agency, now have more options and more information. Expectant parents, once shamed and almost completely shut out of adoption decisions, are now involved in the process. Independent adoptions have increased in number and, by some accounts, now represent the majority of domestic adoptions. The Internet and smartphones have made it easier for like-minded birth parents and adopting families to find one another over geographic distances.

[Instant eBook: Adopting a Newborn in the U.S.]

From Secrecy to Transparency

While almost every aspect of adoption is different than it was in the past, it is within the family matching process that the most change has occurred. In private and agency adoptions, rather than merely being assigned a baby to adopt without any background information to share with the child as he or she grows, adopting parents now usually meet or talk with the birth family. Prospective birth parents, by the same token, are empowered to choose which family will adopt their child. Birth families are more likely to have access to counseling and independent legal representation, and, together with the adopting family, determine the nature of contact after the adoption.

Almost everyone involved in adoption today—adopting parents, birth parents, and adoption professionals–embraces this new transparency as an antidote to the confidentiality of the past. Birth families are reassured that their child will be well cared for; adopted children have the answers to questions that arise over the years.

Getting to Know One Another

Another misperception about open adoptions is that they constitute virtual “co-parenting.” In most cases, before the child is born or the adoption is finalized, the families agree to a mutually acceptable level of contact–though there is no “typical” scenario, and many let their contact evolve. Some birth and adoptive families correspond directly; some exchange updates through an intermediary. Some use special e-mail accounts; others are friends on Facebook. Some see each other frequently; others don’t meet face-to-face. On the whole, however, there seems to be a movement toward greater openness by all parties.

Adoption professionals report that, after the initial reassurance of letters following a child’s birth, some birth mothers move on with their lives. In these cases, contact often diminishes. Dawn Smith-Pliner, executive director of the adoption agency Friends in Adoption, reports that contact is sometimes renewed in later years, by either the adoptive family or the birth family.

Kirsten Wilkerson and her husband, Pete, adopted their daughter, Meghan, less than a year after they began the process. At the beginning, the Wilkersons had fully expected to adopt a child from China or South Korea. That plan was driven, in part, by “the belief out there that birth parents would come back to reclaim their child,” explains Kirsten, a psychologist who lives in Illinois.

But chance—or, as Kirsten says, fate—intervened. Her doctor told her about a pregnant patient who was considering placing her child for adoption. The doctor wanted to know whether Kirsten and Pete were interested in adopting the baby.

As it turned out, that call never came–but the experience did get Kirsten thinking. Soon afterward, a fateful conversation led her to another pregnant woman interested in making an adoption plan. As soon as she met Meghan’s birth mother, recalls Kirsten, her fears about a birth mother’s change of heart melted away. Three months later, she and Pete were parents.

Even as domestic adoption evolves, negative stereotypes of birth mothers refuse to die out. Most damaging are those portrayals of birth mothers heartlessly “giving up” their children. In reality, most of them have made a painful, but loving, choice–one for which there is very little societal support.

[Everything You Need to Know About Domestic Adoption Travel]

Despite the perception that most birth mothers are irresponsible teenagers, many are single mothers in their twenties or thirties who already have a child, and who face economic pressure to place a child. “They are mothers who want the best life possible for their unborn child,” says Steven Kirsh, an adoption attorney in Indianapolis.

Adopting a newborn domestically is eminently doable, say professionals. Nonetheless, waiting parents should educate themselves about the process, and about all their options. It’s not uncommon for waiting parents to pursue more than one route at a time, filing paperwork with an agency and also networking independently.

Wait times are shortest for parents who place the fewest restrictions on the description of their “dream” child.

Many families have already discovered what the rest of America has yet to figure out: that the real story of domestic adoption has thousands of happy endings.