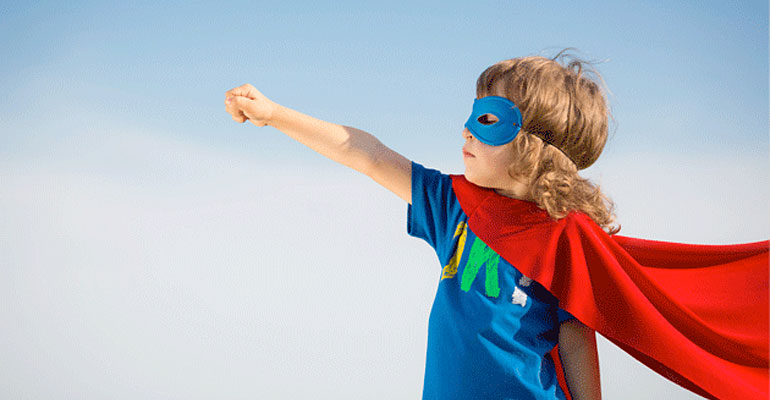 A few years ago, I took an orphanage child on an outing on a spring day. The front door of the old, two-story stucco building in rural Bulgaria opened onto an avenue of grass. Geese scuttled back and forth through the puddles. The little boy had just turned four years old, a Romany child (a Gypsy), with dark brown mischievous eyes, black hair, brown skin, a smile of white baby teeth. He gave a shriek of happiness when he saw the geese, and he pointed, but he didn’t know the word for geese. He knew the word for dog — kooche! — and screamed it happily again and again, because there were plenty of mongrels in the park to which I took him.

I showed him you could throw rocks into water, and we threw pebbles and handfuls of sand into a tired stream for an hour. He was dazzled by it all — wind, sky, clouds, and the clatter of rocks into the water. In his gaiety he leaned so far over the stream that I was hanging on to the back of his jacket for the last 10 minutes as he dropped his pebbles from a nearly horizontal position.

The round-the-world trek in search of a child usually begins quite simply, with a question: How would a child go with this? Or, for parents with children: How would another child go with this? — “this” being one’s life; one’s house or apartment; one’s vehicle; one’s stance, pro or con, on gerbils; and one’s potential access to Barbie outfits and Lego blocks.

Later, if the child is to arrive through international adoption, there will be time to master the vocabularies of immigration, of infectious diseases, of attachment disorders. But a prospective parent does not start down the road to adoption contemplating the one-child policy of China or the demise of the Soviet Union. In the beginning, a parent is musing about umbrella strollers and Babar.

It takes a great leap of faith to adopt. There is about it a thrilling step into the unknown and a willingness to move into the play of large forces, of history and social upheaval. And, on some level, the feeling that I can’t save all children, but I can save this one.

A World Without Toys

I returned with the little boy to his orphanage’s playground on a sunny morning. There were structures to climb on but nothing to play with. I saw a piece of a broken shovel, and a few scraps of cellophane, perhaps from a package of cigarettes, and these items were passed hand to hand among the children. They brought them to me, too, and I caught the rhythm: that I was to examine it, praise it to the skies — “This is a very fine piece of cellophane you have here” — and hand it back.

At lunchtime, they marched inside and found their chairs at the long tables. The staff played a cassette of children’s songs while they ate. At nap time they would all march to their beds. At potty time they would line up to sit down on a long row of potty-chairs. At shower time, they would undress, line up, and be soaped up and rinsed off. It’s like day-care 24 hours a day, seven days a week. It’s like a loving but poorly equipped preschool from which children never are picked up by parents or baby-sitters.

The little boy and I were invited to spend the night at his teacher’s apartment. I tried to bathe him, but he wouldn’t sit down in the tub — had never heard of such a thing. He was highly entertained by the smashing water, however. I shampooed his hair and dressed him in footed pj’s from an Atlanta department store, and when he burst back upon the dinner party, our Bulgarian hosts shouted, “Bravo!” On closer inspection, they announced that he now smelled like an American.

In the night, I saw him wake up scared in the strange bed and room, and my murmured foreign words were of no comfort. He rocked himself back and forth, sitting up in bed. I felt as if I were looking into his past, at a long line of cribs in rooms to which caregivers didn’t come when children cried in the night. He rocked faster and harder and then suddenly threw himself down and went back to sleep.

Before I traveled to Bulgaria, a developmental pediatrician here urged me to find out if the child was capable of imaginative play, so I took along some absurdly funny toys, including a fuzzy weasel dressed in a frock and bonnet. When I produced it, the little boy gasped and fell backward in horror. I demonstrated that it was just a toy, whereupon he tried to beat it to death with an umbrella. I came home uncertain of the result of my experiment.

The Magic of Family

When I first brought him home, he was lost in bewilderment as the older children — four of them, ages seven to 18 — romped around him. I realized immediately: He does not know how to play. The world of fun and make-believe was foreign to him. Though he’d spent the last three years in the nonstop company of other children, it was not about play. They were not having fun. They were surviving together.

In his new house in Atlanta, he sat and watched quietly as the light-hearted American children performed antics and shrieked with laughter. Coming from a utilitarian world, he could not see the point as my seven-year-old daughter, Lily, and her friends flung their hair and danced to radio music, or dug through a costume box to dress themselves outlandishly. The trampoline in the backyard produced no food, nor cleanliness, nor rest; why were children pitching themselves into the air only to come back down in the same place?

A few days after Jesse arrived, 15-year-old Seth gave him a deflated balloon. He was pleased. “Eema balloon!” he said proudly — “I have a balloon!” Seth lured Jesse into the bathroom and filled the balloon with water. The child’s eyes widened as the balloon grew fat and jiggly. Then Seth enticed him out to the back porch, helped him onto a chair, and instructed him to heave the beautiful green water balloon over the side. Jesse watched as the balloon fell and exploded onto the driveway. He hung over the railing a long time, looking down at the puddle and balloon fragments. When he finally drew back and turned around, he had a look on his face that said, “What a wonderful country.” He insisted Seth spend the next four hours with him repeating the process.

On a Saturday night two weeks after Jesse’s arrival, Lily and two friends created a tent under the dining-room table. They taped strands of orange Halloween lights underneath it, threw blankets over the top, and hauled sleeping bags inside. They invited Jesse in and plugged in the lights. It took his breath away. In that instant, I thought, he got it. The magic of the place transmitted a message of childhood fun of such pure essence, even he couldn’t miss it. He scooted out, ran upstairs for his pillow, returned, and made himself a little nest, calling, “Leka nosht!” — Good night! — as if he were in on an enormous joke.

Several months after he arrived, we showed Jesse the Walt Disney film Hercules. It was a watershed event. He noticed many similarities between himself and the hero in terms of divine origin and superhuman strength. (It’s an adoption story, too, but he’s not conscious of that.) “Cha-chee not here,” he said one night at the dinner table. He pointed to himself: “This Gerkules.”

The next morning he ran into the kitchen after a sneeze and screamed, “Gerkules need Kleenex!” My husband observed that it was probably the first time “Hercules” and “Kleenex” had ever been used in the same sentence. Lily suited Jesse up in a purple cape, plastic knight helmet, belt, plastic knife from a toy kitchen set, and sandals. He has worn that outfit every day since, although some days he is Hercules and other days he is Hercules’s best friend. He has placed himself in charge of keeping dragons at bay for our family.

“You scared of dragons, Mama,” he reminded me one morning. “Cha-chee kill them. Cha-chee Gerkules’s friend.” One night at bedtime he had misplaced his plastic knife and was in true distress — what to do if dragons appeared in the night? I went downstairs and returned with a fireplace poker, which he accepted as a powerful weapon, clearly a good choice for a young dragon-fighting Roma-Bulgarian.

He now sleeps with the poker under his bed. When he comes into our room in the night to snuggle with us, he transfers it to underneath our bed. We humor him, yet underlying our amusement is the knowledge that this is one small boy who has known real-life evil and danger. He has survived abandonment, multiple orphanage placements, bullies, and the persecution and poverty of his people, the Roma. My older children have learned some dark lessons from Disney stories, but Jesse has had his own life lessons confirmed: In the life of a hero, there is always a dragon.

Yesterday he bounded into the kitchen all dressed and wearing a freshly unwrapped sanitary napkin taped to each wrist, “Like Gerkules,” he proudly announced. His brothers staggered out of the room choking with laughter.

I said he really couldn’t wear those to preschool.

“Mmm, that’s not really the problem.”

I took him out that afternoon to a sports store, and we bought two black sweatbands for his wrists. “Strong,” he said appreciatively, in a deep voice, admiring his own wrists. “Strong like Gerkules.”