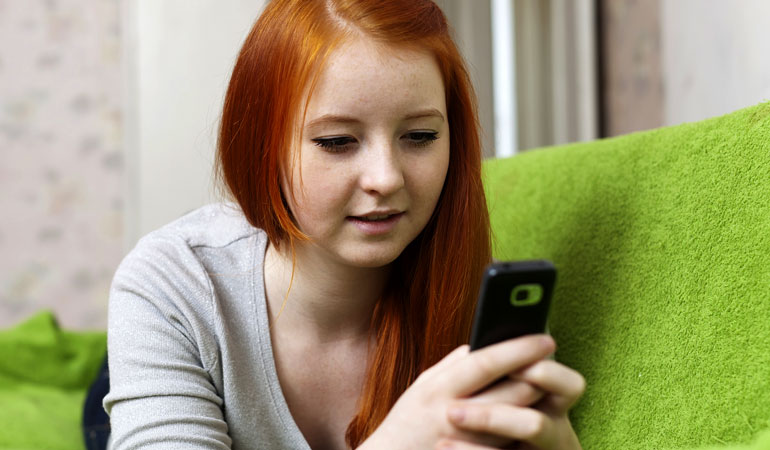 In the beginning, my child’s birth mother was just a voice on the telephone from a hundred and fifty miles away. She was the one who answered my ad in an alternative newspaper — one of those notices you see that begins “Loving couple, in their thirties, unable to bear children….”

From that first moment, I liked everything about her, and that impression never wavered as we progressed from businesslike strangers exchanging resumes to intimates planning a tender offer of the heart.

For more than five months, we talked almost daily on the phone, each of us hungry to learn everything about the other. I tried to picture Amy, as I call her here, in my mind’s eye, playing with the few details I knew — auburn hair, one hundred and twenty pounds, five-foot-four — like a child toying with different configurations of blocks.

I imagined her smile, the clothes she wore, the bird feeder in her yard. It helped make her real. It helped me to trust her. And she seemed to need the same kind of details from me. “Describe the new slipcovers,” she would say. “Tell me all about the dog.”

Night after night, I would run in the door, drop my purse on the floor, and call Amy. Sometimes she’d beat me to it; her voice would be waiting for me behind the blinking red light on the answering machine.

“Hi, babe,” she’d greet me. “Guess what?” The social worker had sent her forms, she’d say. The ultrasound showed a whopping, thriving fetus. At times we wouldn’t even mention the legal plans and details that would attend my adoption of the baby growing inside her.

Amy sounded like every girl I grew up with in Chicago — big-hearted, wise-cracking, mostly uneducated, but possessed of a fierce, intuitive set of smarts. Her slang, her very accent, comforted me.

Often I would hear her six-year-old son, from her former marriage, playing happily in the background. So she was a good mother. That was nice. Could a good mother, who knew what it was to love a child, give up a baby? I couldn’t see how.

The summer shadows deepened in the corners of the yard. The baby was two weeks late. Then on August 9 there was no answer when I called. Not the first time, not the second or fifth or tenth. There was no question about it: Amy had to be in the hospital. And I had to hear her voice telling me she hadn’t changed her mind. Because that was always a possibility.

Amy was twenty-six, no panicky teenager. She was divorced, poor, but part of a big, proud, urban Irish family. Daily, she had told me, her mother pressured her to keep the baby. But Amy was steadfast. She could raise one alone. Not two. That’s what she had said during the long months of her pregnancy. Would she still feel that way now?

Finally, just before 4:00 P.M., I pressed the redial on the phone and an unfamiliar woman’s voice answered. “Who is this, please?” she asked sharply.

“I’m ah…I’m the lady from Wisconsin,” I said. “Has Amy said anything about me?”

There was a pause before the voice said coolly, “I’m Amy’s sister. You’re the lady who was going to adopt the baby. Amy had the baby today: a little boy.”

A boy. All my visions of pinafores and teeny tights melted away into an image of a big, sturdy, dark-haired son. But…maybe not.

“Did Amy intend…did she say she had changed her plans?”

“She said nothing about it,” her sister replied, and then her voice softened. “I know this must be hard for you, but I just don’t know.”

And for two days, there was no knowing. But on the evening of the third day, after I had clawed rows of welts along my forearms, I called the hospital, and they connected me with Amy’s room.

I told her who I was. There was a long silence. Then, weak and sounding far away, she said, “Hi, babe.”

She was terribly ill. She had suffered through an emergency Caesarean. She had pneumonia. Her mother had talked the nuns into placing her in isolation; by rights, my phone call should not even have been put through. I made small noises of concern. But finally I had to ask.

“Amy, have you changed your mind? If you have, I’ll hang up and wish you well and you’ll never hear from me again. If you tell me to go ahead, I’ll set things in motion.”

She paused so long that I thought she had dropped the phone. Then she said, “Go ahead.”

We had never discussed this possibility. I didn’t know how I felt about it. Once I put a face — a real face, not the smiling, benevolent visage I had concocted in my mind — to that familiar voice, would it haunt me for the rest of my life? Would I see it every time I looked at the child I knew would be called Daniel Chamberlain? I pushed my doubts aside.

Twenty hours later, my husband and I were in a crowded Chicago hospital, picking our way nervously down corridors to the maternity floor, expecting to be stopped at any moment. The nun gave me a measuring look when I asked for Amy and showed us to a cramped little room. Amy was sitting on the bed in a blue peignoir set that would have been right at home in an old Doris Day movie. Her hair was brick red; I knew right away that she had called it auburn to sound more sophisticated. She looked up. She was a pretty woman, with freckles and a generous mouth and the oddest color eyes — neither brown nor hazel but like a leaf just beginning to turn in the fall.

“Jack?” she said, using the nickname I had heard so often on the phone. My throat was too full for me to do anything but nod.

She stood up and came into my arms. We held each other silently. My husband put his arms around us both.

Then she turned to the Plexiglas bassinet that had been partially hidden behind her. She reached in and picked up a baby as big and bonny and rosy dark as I had imagined him. “Look, Danny,” she said, “I told you Mommy and Daddy were coming.”

My husband made a sound somewhere between a cough and a sob. Amy placed Danny in my arms.

As I nuzzled the baby, she crowed over him like any proud mother. “Isn’t he beautiful?” she said. “See how big he is? See? He knows it’s you. He smiled.”

I was lost in him. The bonds radiated from him and locked me fast. What could I say? How could I compliment her on the fine son she had borne? Facing me was the mother who had suffered a massive physical assault to give him life. A woman who had turned her back on her family’s offers of help and her obstetrician’s referral to a wealthy North Shore couple who could give this boy things we never could.

Amy and I traded Danny back and forth. Then his new father held him. “Oh, thank you,” Dan said over and over. “Thank you. Thank you.” It sounded like a prayer.

After a long time, a nurse poked her head in the room. “No one but Mom is supposed to hold the baby,” she said gently.

“But I—” I began, and stopped. Amy and I exchanged glances. I returned the baby to his bed. Amy covered him with a doll-size quilt. And then, straightening her shoulders, she began loading my arms with formula and diapers and little plastic containers of powder — all the free gifts that suppliers offer to maternity patients.

It was over. There would be no more giggling on the telephone. No more trading of the details and secrets of our lives. Danny would be released to the social worker tomorrow; we would bring him home the same day. I would be a new mother.

Dan and I staggered to the elevator and through the lobby without a word. In the parking lot, he leaned against our van, his forearm over his eyes. I have heard him cry before and since, but not this way, not with such great gulps of love and pity.

We brought Danny home the following day. I had promised Amy a last phone call to let her know we had arrived safely. While the relatives made much of our new addition, I slipped away. She answered on the first ring.

Just before we hung up, she said, “I want you to promise to raise him to be like us. To be tough. Don’t let his daddy spoil him.” And she added, “I’m glad he’s a little boy.”

“Because the world’s too tough on little girls,” she said.

Except for a single phone call that came a year later on Christmas Day, I have not heard from Amy again. Danny’s grown into a bold and tender boy, uniquely at home with the world. He doesn’t really look like the fading picture of Amy I keep in my mind — except for his eyes, which are the oddest color, like a leaf just beginning to turn in the fall.

If, when Danny’s old enough, he wants to look up his birth mother, I will ask only one thing: that I be allowed to go with him. For I have things to tell her. I want her to know that, lo and behold, a couple of months ago the undreamed-of happened and I was able to give Danny a baby brother from my own body. I want to tell her that it was no different, that I love the child I bore no more than the one she placed in my arms. They are both angels of the outside chance.

And there’s something else. See, I miss her. I want to know that the world hasn’t been too tough on her.

When I do talk to Danny about Amy, I won’t know exactly how to describe her. We weren’t friends, precisely; nor were we family. It was as if we were strangers who met on a stranded bus and then went our own ways, but not without looking backward, each straining to see where the other was headed.

This much I will be able to tell Danny for certain: that he is who he is not only because he was raised by parents who searched for him and adored him, but because of something else too.

He comes of good stock.

<
Previous:
A Mother's Day Ritual
Next:
>
"The Second Half of My Life"
Authors
Jacquelyn Mitchard