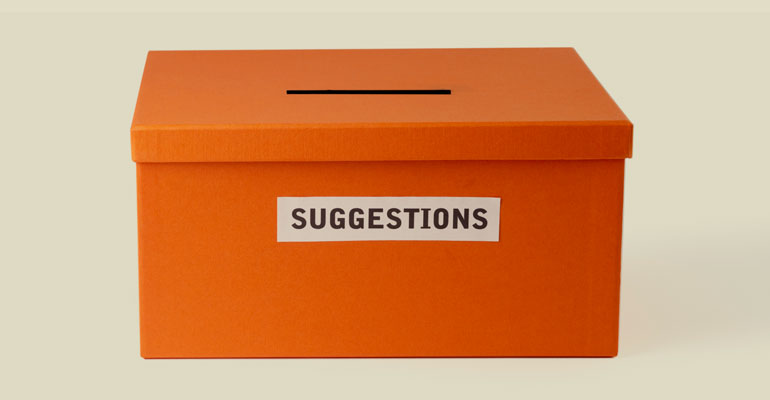 If anyone is seeking an issue for which to crusade in his workplace, may I suggest employee adoption benefits? If you are “waiting,” this is the time to make a pitch to your employer to institute or improve these benefits. If you have already completed your adoption, you can certainly remember that your employer undoubtedly could have provided more support with paid leave, adoption fee reimbursement, or both.

I found several ways to work toward encouraging my employer to improve the benefits provided to adoptive parents. During the waiting phase, I participated in a diversity session focusing on work and family issues. Several women at the session complained about the amount of paid maternity leave time provided by the company, indicating that it was not competitive with other firms in our industry. I piped up and informed the group that the company offered no paid time for an employee who adopted a child. After the session, I approached the facilitator who was one of the most senior women at my company. I asked for her assistance in identifying human resources employees who would be in a position to change benefits. Several months later, I submitted this idea to the company chairman’s electronic suggestion box. My focus was paid adoption leave, but this proposal could easily be altered to push for new or improved adoption expense reimbursement.

Changes were already in the works when I submitted my idea. Just weeks later, my company began to provide 12 weeks of paid adoption leave to the primary caregiving parent in birth, adoption, foster care, and guardian care situations. When I adopted that summer, I was able to use the new paid leave benefit. The time I was able to take off to be with my daughter was invaluable. During my leave, I wrote my company’s CEO a note of thanks for instituting the generous paid leave benefit and sent along my daughter’s adoption announcement. His handwritten response of congratulations will always be a treasure in my daughter’s memory book.

I encourage you to send out an e-mail, use your desk as your soapbox or do whatever it takes to get your employer to institute or improve its adoption benefits. In doing so, your company can join the ranks of enlightened employers who acknowledge the fact that adoption is an important way to build a family.

Sample Letter to the CEO of my company to gain adoption benefits:

IDEA: Give adoptive parents paid leave time to spend with their new child at the time of the adoption. As an employee of our company for over seven years, I have appreciated the generous benefits offered by the company. An area of vital importance to me at this time is employee adoption benefits, as I am in the process of adopting a child. Adoption can be twice as expensive as birth, costing from $20,000 to more than $50,000. These figures do not take into account the income a parent may forgo during an unpaid leave. The company’s current adoption benefit offers reimbursement of expenses up to $5,000, however, the company provides no paid leave.

Dave Thomas, founder of Wendy’s International, was adopted when he was six weeks old. As an adult, he became an active adoption advocate. The Dave Thomas Foundation for Adoption and the National Adoption Center  launched the Adoption-Friendly Workplace initiative, which encourages employers to offer adoption benefits. This program has identified several reasons that adoption benefits are good business, including establishing equity, keeping pace with current benefit trends, low utilization rates, building employee loyalty and goodwill and giving back to the community. The Child Welfare Information Gateway offers the report, “Employer-Provided Adoption Benefits.

Establishing equity
Mothers who choose to build their families through birth receive generous maternity benefits, including time off during which they continue to receive their salaries. They commonly receive eight or more weeks of paid leave. An adoptive mother who is employed by our company is not able to access the same financial support when she, too, is experiencing the cost and stress of creating a family.

Building employee loyalty and goodwill
Employee satisfaction contributes significantly to productivity. A renewed sense of loyalty and commitment results from employer support of adoption. Even employees who do not adopt are pleased that their employer has included the needs of adoptive parents in the work and family agenda.

Giving back to the community
Financial assistance and leave time are critical to the success of an adoption. By making it easier for employees to adopt, an employer acknowledges the importance of families to children. Each year, American families adopt more than 70,000 children. Employer support of adoption can make a critical difference for these children and for parents who wish to build their families through adoption.

I have done further research on this issue and would welcome the opportunity to discuss it with the appropriate employees at the firm. Thank you in advance for your consideration of this matter.

<
Previous:
Why You Need Your Child's Medical History
Next:
>
"You Are Me — A Letter to My Son"
Authors
Elizabeth Mair