The Process > The Home Study 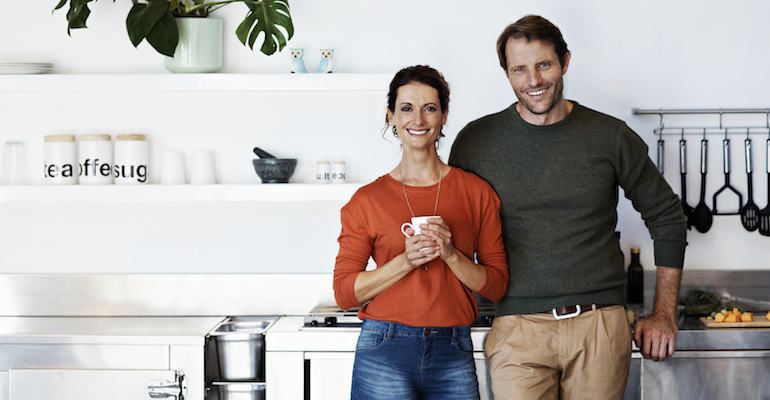 What is a home study?

It’s a document that says you can be a parent. It contains the story of your life: your family and marital history, your health, your financial situation. It includes a description of your home and neighborhood, as well as personal references and discussion of any health concerns or criminal record. It also details your family relationships and your feelings about adoption, parenting, and infertility, if applicable. It ends with a social worker’s recommendation that you be allowed to adopt; sometimes it specifies how many children, and of what ages.

Some of our families recommend that if you are open to adopting more children (now or later), you ask the social worker to approve you for one more child than you plan to bring home, so that you can easily update the home study.

Does everyone have to have a home study?

Whether you use an agency or a private lawyer, whether your adoption is domestic or international, whatever state you live in, whether you are a celebrity or a regular person (yes, we promise you, even the biggest Hollywood stars go through this, too), you are legally required to complete a home study before you can adopt.

If the thought of opening up your life to a social worker makes you squeamish, you’re not alone. People often worry that they will be found ineligible to adopt. In our experience, it’s extremely rare for a home study to end with a negative recommendation.

How can I help my partner/spouse put up with the home study?

Every adoptive parent we know has said, at some point during the home study, “This is unfair, they don’t make people go through this before they get pregnant.” For some initially reluctant spouses, the prospect of having their lives examined is too much to bear. Our families say the best way to deal with this is to turn the process around: Think of the home study as the chance to ask an expert — the social worker — everything you want to know about adoption.

Who does the home study?

The home study must be written by a social worker licensed in the state you live in. Some states, and all Hague-Convention countries, mandate that the social worker be attached to a licensed adoption agency. If you are adopting through an agency, the agency worker assigned to your case will probably do it. If your agency is in another state, it will recommend partner agencies in your state. If you are using a attorney, you can hire an agency to do the home study or if your state allows, you can contract with an independent social worker.

Can I choose the social worker?

If you are in a situation where you can use an independent social worker, you can certainly shop around for a compatible person. If you’re working through an agency, you will need to make it part of the process of choosing the agency. When you are first interviewing agencies, ask who is likely to do your home study, and request a quick, informal chat.

If you are adopting internationally, make sure your social worker has done home studies for your sending country. Every culture has different biases; you don’t want to find out after your home study is in that you should have emphasized church-going. The reality is, most adoption agencies are understaffed; once you sign up with an agency, you may not have a choice of social worker.

How much will it cost?

It will depend on what kind of adoption you are doing, where you live, and your agency’s practice. If you live in a large, expensive city, and you’re doing a private or international adoption, the home study can cost up to $3,000. If you live in a less expensive area, and are adopting from foster care, it can be less than $500 (which may be reimbursed after the adoption is completed). Sometimes the home-study fee is rolled into a larger agency fee. If you work with a private lawyer, attorney fees generally do not include the cost of a home study. When you choose your agency or attorney, ask them to clarify, in writing, whether the home-study fee is included.

How long will it take?

Our families report that their home studies generally took three to six months from the time they contacted the social worker to the time the report was written.

How can I speed it up?

When you are interviewing agencies or social workers, ask how long they expect each phase of the home study to take. Don’t hesitate to ask your social worker about his or her work load; if they seem disorganized or take too long to answer your calls, ask to be assigned to someone else. For your part, gather all your documents and make your medical and fingerprint appointments early in the process.

What are they looking for?

A home study is meant to explore what kind of life you can offer a child. It is not intended to get skeletons out of the closet. It is not meant to intimidate. Dust in your house is all right — social workers are not typically critiquing your housekeeping standards. A certain level of order is necessary, but some family clutter is expected. (Some agencies even believe that people living in a picture perfect home would have a difficult time adjusting to the mess a child brings to a household.) You don’t have to have toys, or a decorated nursery. Social workers are just looking for people who will be sensible, loving parents.

Well over 90 percent of the people who apply for a home study are approved by their social worker. The social worker wants to approve you — he or she is in the business of finding families for children. Enlist his or her help, and be absolutely honest about your situation and any concerns.

Who sees the home study?

Given how sensitive the information in your home study is likely to be, you should ask your social worker about confidentiality.You should also ask whether you will be allowed to read it yourself. It will likely be shared with other social workers, and other agencies, to help in matching the most appropriate child with your family. In some cases, the information may also be shared with birth parents.

What happens if the child is born or lives in another state?

If you have to cross a state line to take your child home, you must comply with the Interstate Compact for the Placement of Children. Before the child can leave, you must ask permission from the sending state’s ICPC office (your agency or attorney will take care of it). When permission is granted, your local ICPC office will contact you, and you can head home. The whole process usually takes just a few days. Some of our families doing private adoptions have avoided it altogether, by moving the expectant mother to their home state and having her deliver at a local hospital.

What is a dossier?

If you’re doing an international adoption, you’ll need to prepare a dossier, which is basically the home study dressed up to be sent to the government of the sending country. Most of our families waited until their home studies were complete before doing their dossiers, but you can start preparing it earlier — especially since you’ll be putting the same documents in both files.

When will the adoption be final?

If you are doing a private adoption, you wait until the birth parents have signed their consent to the adoption, then wait some more until the consent is irrevocable, then apply to your local family, surrogate, or probate court for a finalization. The waiting time and kind of court depend on the state you live in.

If you’re adopting from foster care, your local social services department and adoption (or foster care) agency will have their own rule on how long you have to have the child at home before you can apply to finalize.

In international adoptions, some sending countries grant the adoptive parents temporary guardianship or custody. These adoptions must be finalized in the U.S., like domestic adoptions. (This is sometimes referred to as re-adoption, but it’s not; technically, it’s finalization.)

The court appearance itself is a simple and joyful ceremony. You and your child appear before a judge who will recognize you as a family, and will issue a new birth certificate showing you (and your spouse, if you have one) as the parent(s).

Judges generally want a social worker to visit the family at least once after the child is at home, before they’ll approve a finalization. Some courts accept an agency or independent social worker’s report (if you adopted through an agency, this should be part of your package). A few courts insist on sending their own social worker — usually a probation officer. This is a formality, not a test of your parenting skills. Your child is not going to be taken away.

What is re-adoption and when is it necessary?

Re-adoption is when you completed a legal adoption in another country, and then ask your local court system to recognize it. It’s not always strictly necessary. If you adopted in a country that is party to the Hague Adoption Convention, or if you met your child before the foreign adoption took place and you live in a state that automatically recognizes foreign adoption, you don’t have to re-adopt. But, our families recommend that all internationally adopted children be re-adopted in the U.S., as an extra measure of security. This way, your child’s rights to citizenship and inheritance can never be questioned. [i]  (Hard to believe, but we know of two cases where parents’ wills were contested by relatives who claimed that since the children weren’t adopted in the United States, they weren’t entitled to inherit.)

In some states, re-adoption is a simpler process than finalization, and a few of our families have filed the court papers and represented themselves. Online support groups often have members who can walk you through the process.

Will anyone keep track of us after the adoption?

The U.S. government does not generally monitor adoptive families after finalization. But many agencies do ask you to agree to send reports (it will be part of your contract), and some foreign countries have their own post-placement requirements.

Adoption is often controversial within sending countries. Post-placement reports can be used to reassure critics that adoptees are not being used — to cite two common international fears — as organ donors or slaves. Several countries have stopped or slowed adoption to the U.S. because post-placement reports were not sent as promised. If you adopt internationally, you must comply with the sending country’s wishes; if not, you can put an entire program at risk.