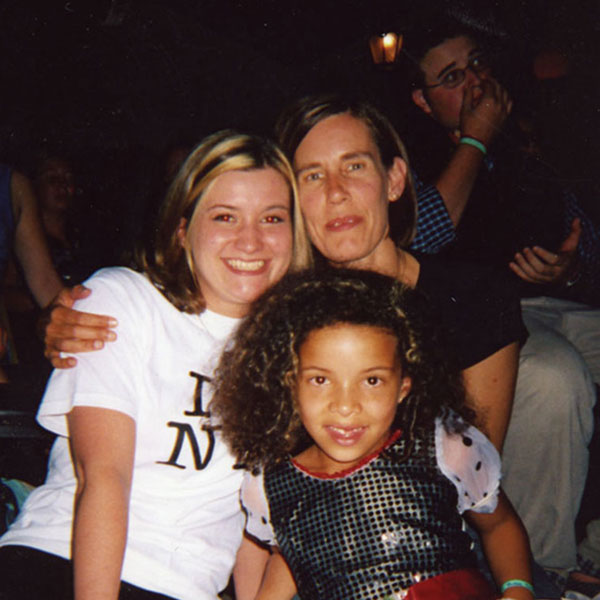 During the years that followed the adoption plan I made for my beautiful baby girl, I often wondered whether I’d made the right decision. On a bright, sunny day, in the middle of the woods, I finally realized, without question, that I had.

I was 15 years old when I gave birth. Although my family wanted me to keep the baby, I knew I would never be able to give her the life she deserved. So I chose a wonderful family from Switzerland. Though I was caught off-guard when they asked if I would like to keep in touch, I answered with an uncertain yes.

Their letters came a few times a year, through our attorney. I pored over each one, torturing myself with the minute details of this life I was missing. I wanted to know everything about Rubie, and I was saddened that I wasn’t experiencing these moments with her. But I always wrote back.

As I was starting college, I got a letter from Rubie’s parents. Her mother, Linda, casually proposed, “How would you feel about e-mailing from now on? We feel Rubie is ready.”

The first e-mail arrived during my psychology class. I still remember exactly where I sat, and the anticipation I felt as I clicked open the message. Linda wrote that Rubie had just gotten home from school, and was playing outside. She said to say hello and that she loves me. I couldn’t stop myself from crying, and rushed out of class to call my mom from a pay phone on campus. My daughter, who was so far away, finally felt so close.

The next surprise came the day I graduated from college. I answered the phone and heard, “Hello, Lacey! Its Linda and Rubie.” My heart pounded. I think Linda could sense how nervous both Rubie and I were, and she guided the conversation.

“Rubie, can you say hello to Lacey?” Linda encouraged.

And then I heard it, the sweet, French accent of my daughter saying, “Hello, Lacey.” It was the first time I’d heard Rubie’s voice. I tried to hold back the tears, but it was impossible. We talked about Rubie’s school, her favorite activities, and her little brother. At first the phone calls were tough, but Linda was good at keeping me at ease.

A moment worth waiting for

A few years later, Linda told me that she and Rubie would be spending part of the summer at a camp in New York. She asked if I would like to visit them.

My family and my fiance joined me on the trip, but it was a silent car ride. My mind raced the entire time. What would I say? Could I hug her?

We waited for Rubie in a gazebo overlooking a lake. A soft wind was blowing, and we could hear children’s laughter in the distance. I looked up and saw a beautiful little girl walking down the hill. Without hesitating, I ran toward my daughter and gave her the hug I’d dreamed about for eight years.

The rest of the day is mostly a blur. As we walked around the camp, I saw how Linda and Rubie interacted, playing together and finishing each other’s sentences, and I knew they were destined to be together. Rubie had the kind of life I wanted for her.

When we said goodbye to Rubie and Linda, my parents cried, and my fiance had to walk away. But, amazingly, I was OK. I’d made a hard decision to find another family for Rubie, in the hope that she would have a better life. Watching her for those few hours, I knew my wish had been granted.