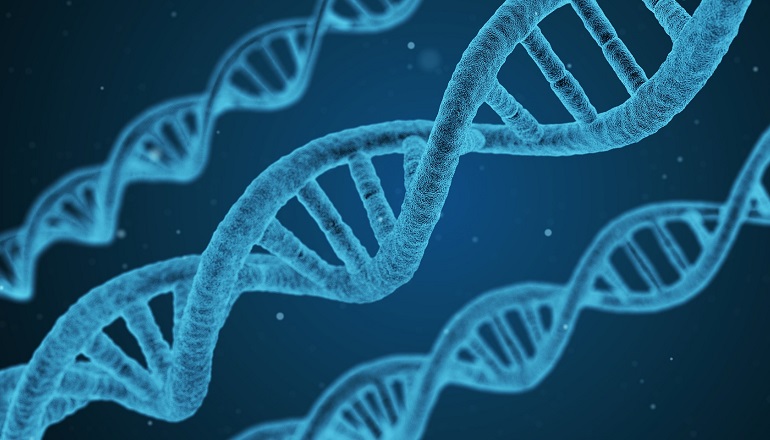 There are so many DNA testing companies out there—how do I choose one?

Different companies test for different things, so you want a lab that can provide the specific information you seek (see below). Most labs will send you a cheek-swab or saliva-vial kit that you can use and mail back to be processed. Results are usually available in a few weeks.

I met another adoptee who looks exactly like my daughter. Can DNA testing tell me whether they’re biological siblings?

Without a birth parent’s DNA, testing probably won’t confirm siblings, but it can confirm family relationships. “These can be verified by looking at the mitochondrial DNA, or the Y and X chromosomes,” says Max Blankfeld, vice president of marketing and operations for Family Tree DNA.

Mitochondrial DNA is passed along the maternal line. So, if a woman has two children, they will share the same mitochondrial DNA, but the woman’s sister’s children will also share it—making it impossible to tell through testing whether the children are siblings, cousins, or more distant relations. Without the mother’s DNA, you will not be able to tell whether the two children share the same mother.

If a birth parent is available and willing to supply a DNA sample, you can test each child against that parent. If both children match the parent, they are siblings.

We want our son to be proud of his identity, but we aren’t sure what his ethnicity is. Can we find out about our child’s background through DNA testing?

You can identify the regions of the world your child’s ancestors came from through one of two methods.

Using the testing mentioned above for siblings, a company can put your child’s DNA profile into its database and notify you of matches. By learning about the history of the people your child matches with (his distant relatives), you can conclude that your child’s ancestors came from a particular part of the world. But because such databases are mostly used by people in the U.S. and the United Kingdom, domestic adoptees are more likely than international adoptees to find matches. Try the National Geographic Genographic Project (genographic.nationalgeographic.com; $199.95); or African Ancestry, which can trace African decent to specific regions (africanancestry.com; $299).

Another, more precise, method of DNA testing looks at much larger portions of the child’s DNA to give you a broader picture of the child’s ancestry. “They look at a few hundred thousand locations on the entire genome, using markers that are traditionally found in certain areas of the world,” says Blaine Bettinger, Ph.D., founder of thegeneticgenealogist.com. Humans are about 99.5 percent genetically similar, but the tests look at markers that are known to differ (mutations that were passed along in certain populations). The test results will be in the form of percentages—for instance, 65 percent African-American, 25 percent European, and 10 percent Asian (though “Asian” can also indicate Native American). Most companies would next compare your child’s DNA to other reference populations in its database. These comparisons will often offer a more specific result, such as evidence of Irish or Italian ancestry, or determine that the markers signal Native American ancestry rather than Asian.

“Because the testing is done on only a small fraction of the genome (hundreds of thousands of locations is a small fraction!), the percentages you receive are only rough estimates,” cautions Bettinger. “Think of test results as a general picture of your child’s ancestry, not as a definitive breakdown of his ethnicity.”

A company that tests for many markers and that has a large reference database will give you a more accurate picture of your child’s ethnicity.

Should I store a DNA sample of my child in a database, in case her birth parents are searching for her?

Probably not—at least not now. There are many DNA databases out there, and if you submit a sample to one and the birth parents submit to another, there won’t be a match. “Until a single international registry is formed, you can’t know whether you’re in the right one,” says Angela Trepanier, president of the National Society of Genetic Counselors.

There are also some ethical issues involved with participating in a registry, particularly if your child is under 18. “If you decide to put your child’s DNA in a registry, make sure you have the option of withdrawing it later,” cautions Trepanier. Think about how you would handle a match if you found one. Is your child prepared to deal with a match?

I don’t know anything about my child’s birth parents’ medical histories. Can DNA testing reveal her risk for genetic diseases?

For children, testing for genetic diseases is not recommended, unless there is a specific medical concern (such as cystic fibrosis or hemophilia).

Some services offer something called complex disease testing, in which they test for genetic conditions that are influenced by environment, such as certain cancers. It is recommended that you wait until your child is 18 to consider a test (some companies won’t permit you to test before then), because experts aren’t sure of the consequences of knowing about disease risk. “We honestly do not know whether these tests have any value, and their results could lead to unnecessary stigmatization,” says Trepanier.

However, once your child turns 18, she may want to learn about her risks. “It’s not a diagnostic test—it won’t tell you whether you’re going to get a disease—but maybe you’ll get a diagnostic test sooner if you know that you have an elevated risk for a disease,” says Elissa Levin, director of the genetic counseling program at Navigenics. For example, knowing about an increased risk of breast or colon cancer may prompt early cancer screenings; knowing about an increased risk of type-2 diabetes could lead to lifestyle modifications. If you find your test results confusing, or if you aren’t sure of what to do with the information, seek the advice of a genetic counselor (find one through the National Society of Genetic Counselors, nsgc.org).

How is DNA testing used in pre-adoption situations?

In some international adoptions, DNA testing is performed on the birth mother and child, to establish the fact that she is relinquishing her biological child. Though Guatemala is currently closed to new adoptions, DNA testing has been standard procedure there, and testing continues to be done in grandfathered cases. In Vietnam, testing was performed only when case investigators felt there was a need for confirmation of a biological relationship.

Though DNA testing may add some time and expense to the adoption process, Tom DiFilipo, president and CEO of Joint Council on International Children’s Services, says that DNA testing is worthwhile. “It gives everyone more confidence in the process—it protects kids from trafficking, and preserves their identity,” he says. Officials in Haiti say they may start testing, but, as of now, no other countries plan to do so.

<
Previous:
The Role of Genes on Personality
Next:
>
Feed Me! Formula Facts
Authors
Editorial Team