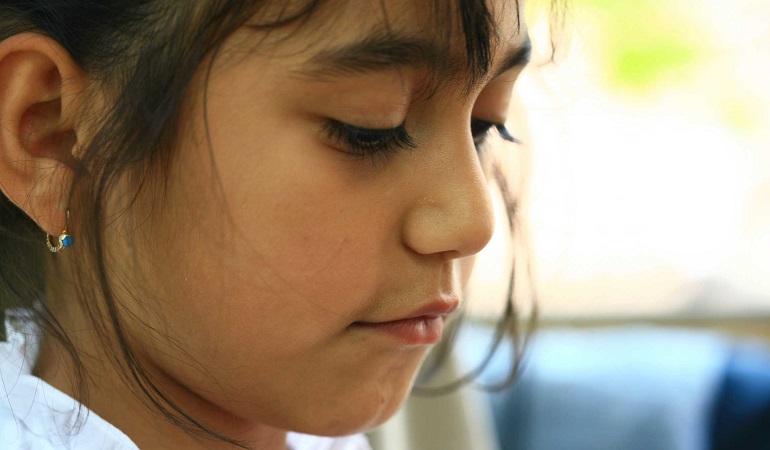 Among children with ADHD, girls are more likely to have the inattentive, not the hyperactive, subtype. Symptoms of this subtype—poor attention to detail, forgetfulness, distractibility—are less obvious than those of hyperactivity. Put simply, a boy who repeatedly bangs on his desk will be noticed before the girl who twirls her hair and stares out the window.

And when girls have the hyperactive subtype, they usually exhibit it differently than boys. “In school, a boy might blurt out answers or repeatedly tap his foot, whereas a girl might talk incessantly,” says Quinn. The teacher will think of her as chatty, and perhaps disruptive, but probably won’t recommend that she be evaluated.

ADHD gender differences also show up outside the classroom. Research shows that girls with ADHD may be rejected more often by their peers than boys with ADHD are. “Two boys can meet on the playground, start digging a hole to China, and they’re instant friends. Friendships among girls, even at young ages, require picking up on subtle social cues,” explains Quinn. “If everyone in the group is admiring Jessica’s new earrings, and the girl with ADHD blurts out something unrelated, the others look at her and wonder where she’s coming from.”

How Girls May Hide Symptoms

In some cases, a parent will stumble upon ADHD only when a learning disability is discovered. (The conditions often co-exist, so its important to test for one when screening for the other.) In many cases, however, girls go undiagnosed until middle or high school, when work gets more challenging.

Girls often slip through the cracks in this way because they learn to compensate for ADHD symptoms. They may be more willing to put in extra hours of studying, and ask a parent for help. Quinn offers this example: “A male and female student with ADHD remember about a project the night before it’s due. Rather than attempt to get the work done, the boy decides to spend the evening watching television. Meanwhile, the girl freaks out, demanding that her mother help her while she stays up until one a.m. to complete a perfect project.” In addition, girls are more likely to be “people pleasers,” doing all they can to fit ineven when they know they are “different.”

If you suspect that your daughter has ADHD, don’t wait to seek help. Although dire warnings about deeply troubled adoptees and dramatically higher incidences of learning and behavior problems are not true, it is the case that “adopted children are diagnosed with ADHD at higher rates than the seven to 10 percent frequency in the general population,” says Larry Silver, M.D., a child psychiatrist in Washington, D.C. “It’s likely that genetic predisposition, malnutrition, or exposure to alcohol or drugs explain the increase.” Knowing this, its important to “understand that ADHD is a condition that can be treated very successfully. Learn what you can about your child’s birth parents, ask for complete medical records, and trust your parental instincts.” Your daughter’s pediatrician can do an initial evaluation, though he may refer you to a child and adolescent psychiatrist or to another specialist.

Adoption aside, “the failure to recognize ADHD symptoms in the female population probably results in significant undertreatment,” says Quinn. “Yet, it is not a trivial disorder for girls.” Without professional treatment, girls may internalize problems. “A girl might get an A on a report, but still not see herself as smart because she worked so hard to get it,” says Quinn. And social awkwardness can make it difficult for a girl to feel good about herself and sustain relationships. Self-esteem can suffer to the extent that a girl develops anxiety, depression, or other mood disorders.

Ultimately, an official ADHD diagnosis can be welcome news. “In fact,” says Quinn, “56 percent of the girls in a survey I conducted said that they felt better after finally having a name for what they felt. It was a relief to find out they werent lazy, crazy, or stupid.”