“This photo captures the fun, sweet, adventurous spirit of Sadie Jane while she was enjoying the warm breeze off the evening ocean. It was taken by Sadie’s aunt on our annual family vacation on the Outer Banks of North Carolina.” —JEFF
PHOTOGRAPHER: Kate Del Rio “Jesse had waited 2,345 days in foster care to be adopted. He was so excited during his finalization in court, and hearing the judge declare everything official was such a magical moment. A few days later, we held a big family photo shoot with Jesse’s grandparents, aunts and uncle, and four cousins. This photo was captured when the photographer asked him about his adoption. He threw his hands in the air and exclaimed, ‘It was the BEST DAY EVER!'” —SUSIE
PHOTOGRAPHER: Heather Galto, Days Go By Photography

Katherine (14, Vietnam) and Sean (9, Taiwan)
children of Barbara and Miles 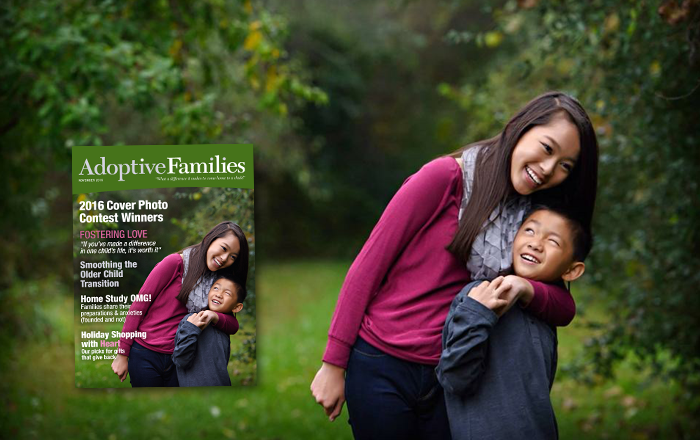 “This photo captures the spirit of my two children. My daughter, who would never admit she secretly does care and look out for her brother. The little brother, who looks up to his sister for advice and guidance but likes to tease and joke around. This was our first family photo shoot following an EF4 tornado. My husband rebuilt our home, but we had lost all of our pictures and were trying to get back to normal. Kara did a great job at the park in our neighborhood, capturing the glances and smiles we hadn’t seen on our children’s faces for a long time.” —BARBARA
PHOTOGRAPHER: Kara Kamienski Photography 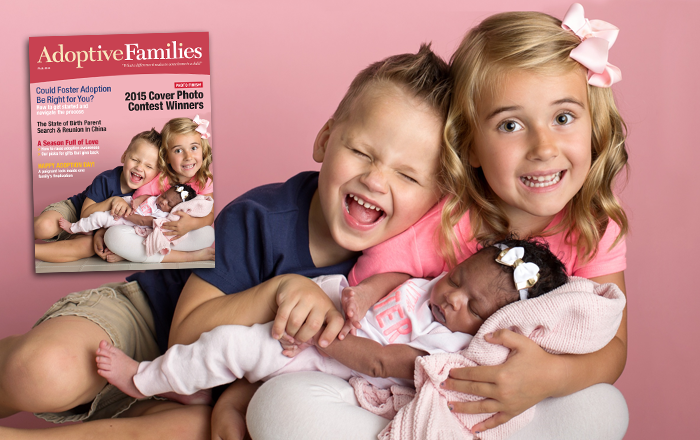 “This picture was taken the morning after we arrived home with our youngest daughter, Romy. She had a big sister and big brother who were very anxious to meet her and welcome her to the family. To say that they were excited might be the understatement of the year! Romy was loved and prayed for long before she made her way to our family. She is loved by so many, but especially by her big brother and sister!” —SUNNY
PHOTOGRAPHER: Sunny 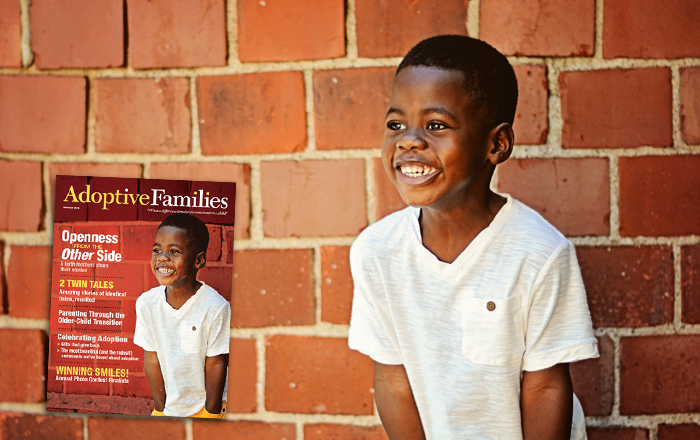 “This came out of last year’s Christmas photo shoot. Damion is very comfortable in front of the camera, so we got a lot of great shots, and this is the one we ended up using on our card. I love my son’s smile in it, and his hands in his pockets—he just looks so happy and mischievous at the same time, it really captured his personality.” —CRYSTAL
PHOTOGRAPHER: EB Photography 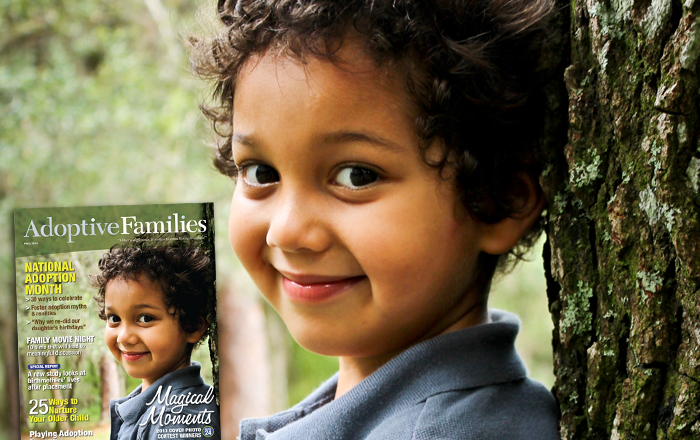 “My friend Heidi came with us to the park because she wanted to practice taking photos. Bruno loves to be outdoors, running around. When we were trying to get him to smile and say cheese, it was like, ‘Are you kidding me?’ I was amazed when I saw this picture. He must have been still, smiling against the tree, for all of two seconds before he was off again, but she caught it.” —SOPHIE
PHOTOGRAPHER: Heidi Purvis 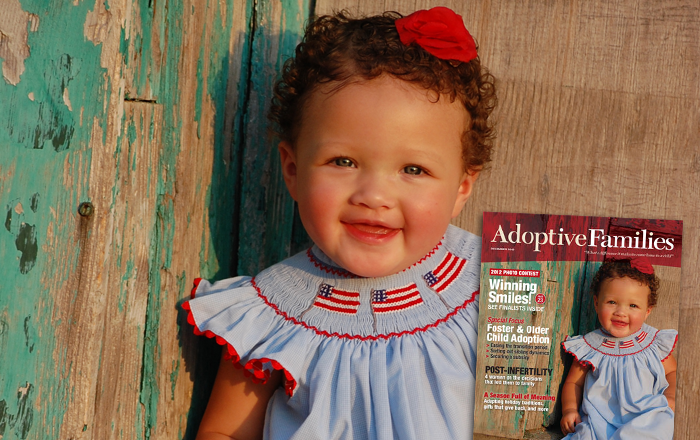 “Carah was born on the fourth of July, she’s our little Miss Independence. It was a couple of weeks before her first birthday, and I wanted to take some pictures at one of my favorite places in downtown Dallas, Georgia — it’s an old factory building, and all the doors and windows on one side are painted turquoise. In this shot, she was laughing at her older brother.” —CORRIE
PHOTOGRAPHER: Corrie “At a very young age, Lauren began fishing with her Papa as often as he would take her. At 10 years old, she fishes every time she is near a body of water. On this day, we were on a photo shoot, in Arlington, Texas, with Tammy, and Lauren wanted a break from all the posing and the smiling. So since she was near a stream, she found an old piece of fishing line, an old fishhook, and a piece of Styrofoam to use as a bobber, and she made her own fishing setup. Tammy saw everything, and called Lauren’s name. She took the shot just as Lauren looked over her shoulder.” —LORI
PHOTOGRAPHER: Tammy Ferguson Photography