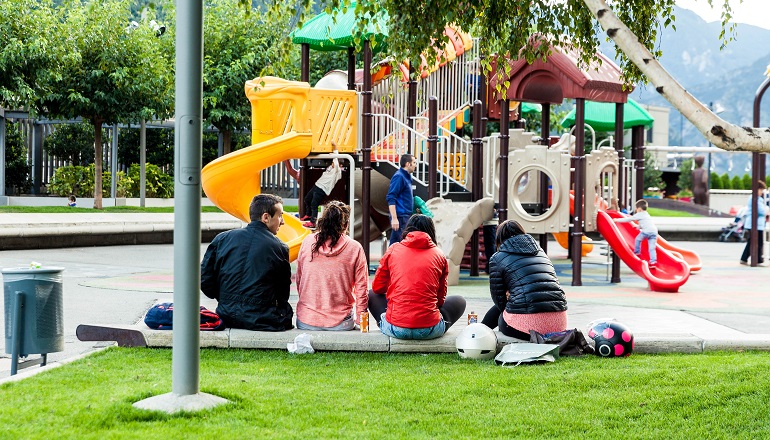 Children who were adopted, and who don’t resemble their parents, often have to cope with the negative reactions of strangers. While younger kids may be oblivious to people staring at them at the grocery store or in a restaurant, most teenagers are not. In fact, they are acutely aware of their surroundings and sensitive to the responses of others. What’s more, most teens just want to fit inand don’t want to call attention to themselves or feel different from peers in any way.

The Impact on Teens

Adoptive teens and their families will experience a range of reactions from strangers. Carly, 13, was often mistaken for the daughter of family friends, whom she resembled. Confusion arose when the two families were out together, and introduced to new people. At first, everyone thought this was funny. But, as Carly says, “It got really old. The more it came up, the more I became aware of our differences.”

Mia, now 32, was adopted from Korea by a Caucasian family. As a teen, she was embarrassed and angry whenever she and her father were out together and would receive disapproving stares. “People would look at my father as though he were dating an Asian girl young enough to be his daughter,” Mia says.

When teenagers feel their family is being shown disrespect by outsiders, it can affect their self-image and emerging identity. To help your teen handle such feelings:

Talk to her about what she notices when your family is out in public. Also, mention what you observe, how it makes you feel, and the impact it has on your family.

Do some prep work. If your family has been subjected to stares or rude remarks, role-play what you might do the next time this happens. Don’t be afraid to use humor—it can be a powerful coping tool. For example, Mia’s father used to joke, “When people stare at us, you can just say, I prefer the short, overweight, balding type.”

Talk about racist comments soon after they occur. Did strangers make insensitive comments, accidentally or on purpose? Explain to your teen that some people were brought up to be prejudiced. Demonstrate ways to respond to this behavior.

Get your child involved in activities with teens of diverse backgrounds. Such experiences broaden your teen’s world, and make her less vulnerable to the biases of others.

Focus on similarities between you and your teen. Say things like, “We all have the same sense of humor,” to help build family identity.