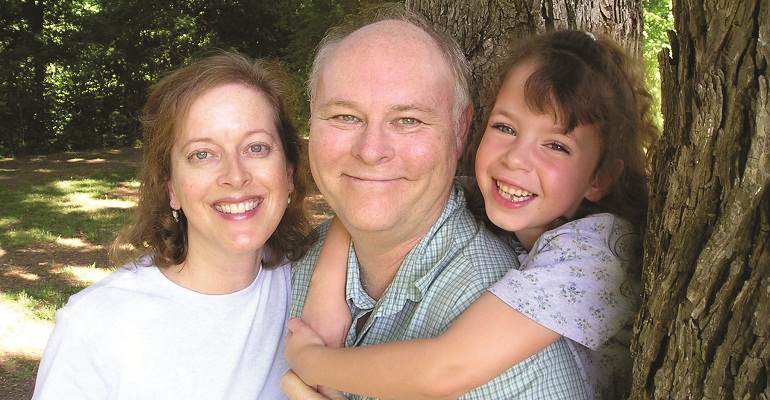 “She doesn’t look it. In fact, she looks as white as you.” People actually say things like this after learning of our daughter’s mixed racial background.

In March of 1999 my husband and I were shown a photo of a very pregnant young woman and her 2-year-old daughter. We were told that the woman was “part black.” The little girl had dark, wavy hair and lovely, tan-toned skin. Looking at the photo, we imagined a daughter with striking, dark looks. We didn’t much care either way, but it was fun to picture our future child, who would be one-quarter African-American.

Days later, when we met, we came face to face with three people who continue to play important roles in our lives—the young woman in the photo, her daughter, and the woman’s mother. The five of us formed a bond almost immediately. No one, I recall, mentioned race.

Our daughter was born two months later. She was, of course, the most beautiful baby in the world, but it was hard to say whom she favored with her striking, light looks.

CeCe “takes after” my husband and me. Her hair color is nearly the same as mine, and we both have some wavy curl. Her blue-green eyes look like ours, and the shade of her skin just about matches, too. At first glance, we’re very rarely recognized as adoptive parents.

Adoptive parents we know often assume that our family resemblance frees us from the problems they face as conspicuous families; that we avoid intrusive remarks. Yet, this couldn’t be further from the truth.

When I sense a racial undertone creeping into a conversation, I sometimes mention my daughter’s multiracial background to put the brakes on a derogatory comment before it can be uttered.

Usually, the person smiles and says, “I never would have known. She looks so white,” with no trace of embarrassment, as if my daughter’s light skin is a benefit, something to be celebrated.

“You don’t look it.” I heard the same remark as a child, whenever I mentioned my Jewish background. Evidently, with my blonde hair and light eyes, I didn’t fit the part. Usually, however, I ignored the jokes and derogatory remarks kids made about Jews in my presence. Inside I felt nervous and upset, but it seemed easier not to take issue with their comments.

I look back on those uncomfortable situations as I bring up my own daughter. CeCe was 4 when she really began to recognize differences in skin color. She’d say that every black woman she saw looked like “Granny Jan”—a dear friend of ours—and I decided that it was time to broach the subject of her own rich heritage. Her first reaction, however, was disappointment that she wasn’t exactly like me, her mom. The fact that we looked so much alike made it all that much harder for her to understand.

Two years older now, with a better understanding of open adoption and her birth mom, CeCe is well-adjusted and pleased with herself.

In the past six years, I’ve come to see more clearly how deceptive appearances can cause problems. I want CeCe to be happy with herself—inside and outside. Above all, I don’t ever want my daughter to have the same anxious feelings I knew as a girl. And, when I hear her say, matter-of-factly, “I’m a little black inside,” I rest a little easier in the knowledge that she’s well on her way.

Next:
>
"Among Friends"
Authors
Deborah Pope