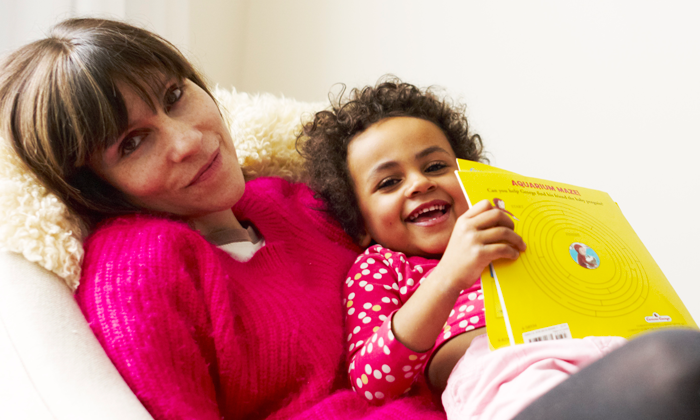 It’s a tale so familiar it hardly needs telling. You marry. You devote your energy to your career, and whatever fun you can squeeze in. Then, suddenly, you’re 36 and childless.

My partner and I had always wanted a family, but first we wanted to pursue our respective callings (he’s a photographer; I’m a novelist). Since meeting we’d followed our ambition from New York to London and back to New York, leveraging everything we had for the sake of our work. Once we were “settled,” with a permanent address and reliable livelihoods, then we’d think about having a family.

But freelance artists don’t settle. That magical moment of stability never came for us. If we kept waiting for it, we realized, we’d miss out on everything. The lightbulb moment came when our good friend died. She had been so vital, so bright, a spark of life. And now she was gone. “What are we waiting for?” my partner asked me.

We decided to get pregnant. The best part of that decision was going off the pill. I’d been on it since I was 18 and it was only now, in its absence, that I realized how much it had dampened my sex drive. Now that I was off of it, my sex drive was super-charged, which is a boon in and of itself, but even better when you’re trying to get pregnant.

I knew that, technically speaking, when it came to the reproductive sweepstakes, at 36 I was considered “older.” But I didn’t worry about it. I felt young and healthy, I was physically active, and I knew plenty of women who had had babies well into their thirties and forties. But a year passed and nothing happened. My stomach remained maddeningly flat, my periods frustratingly regular. One day, after crying my way through a box of tampons (oh, how I longed to be free from my period for nine months!), we decided to try some natural fertility measures. I started taking my temperature every morning, charting my cycles and only having sex (but lots of it) when I was likely to be most fertile.

I know some women find this process clinical and demeaning. But I loved it. It made me aware of my cycles in a way I’d never been. Until then, I’d always thought of menstruation as something to be lamented and medicated. It was the source of cramps and bloating, but nothing more, certainly nothing good. Now I was intimately in touch with the beautiful changing nature of the female reproductive system. I felt connected to my body and its natural fertility in a brand new and exciting way. Unfortunately, this insight came to me right at the moment that my fertility began seriously considering retirement.

“Unspecified infertility” is what my doctor called it. There was nothing technically “wrong” with me. I was just less likely to get pregnant than most people, even most people my age. There was good news, however. My partner and I were excellent candidates for IVF. We were both in good health and there was no reason I couldn’t maintain a pregnancy if one were to be nudged along via the miracle of science. I knew people who had conceived children through IVF. My own beloved cousin was an IVF baby.

Having already spent the past few months having sex according to the dictates of a spreadsheet, I was inured to the indignity of having to work for a baby. I dove into researching IVF, looking up the odds, the costs, and the risks. As someone who loves science, and can happily get lost in a spiral of Google research, I kept waiting to be excited about this wondrous technology. But the excitement never came. Instead, I grew increasingly dispirited. At around $10,000 per try, IVF was expensive and it wasn’t covered by my insurance plan. The rate of success at the time was around one in four, which was less than inspiring. Then there were the risks associated with IVF. I would have to take fertility drugs and, with my family history of breast cancer, this worried me. It worried my partner even more. There were also risks to the baby. Some studies indicated that IVF babies had higher rates of birth defects.

With all the information in hand, we felt paralyzed. We were desperate to become parents, but we weren’t willing to do whatever it took to become pregnant. We put off IVF for the time being and went back to trying the old fashioned way. Maybe fortune would smile on us after all.

The rebirth of hope

We were in Florida visiting my parents when my doctor called with the bad news. My FSH (Follicle Stimulating Hormone) levels were elevated, which meant I was running out of eggs. She said it wasn’t impossible for me to get pregnant, just extremely unlikely. A part of me wanted to continue clinging to this slender hope. All it took was one little egg, after all. But something inside me knew that it was over. I hung up the phone, sat alone in the bedroom, and cried. It’s a strange thing to cry for a child you’ll never have. I had no picture in my head. No gender, no name. I just knew that something I’d been dreaming of for a long time was now gone.

I went outside to the screened-in porch where my partner was having coffee. It had just rained and the sun was coming out, leaving the air warm, damp, Florida lush. I told him the news, and we sat in silence for a long time. We didn’t try to talk our way around it, or diminish it. We simply allowed ourselves to feel the loss.

Then we started talking about adoption. We’d never spoken about it before. We were too focused on keeping track of ovulation cycles and scheduling our sex life. But the truth was I’d always wanted to adopt a child. Ever since I was a teenager and babysat a little adopted girl, I’d been enchanted by the idea. Until this moment, it had only been an abstraction, a glimpse into a possible future, something to daydream about. Now, crestfallen and weary from having spent the last six years trying to get pregnant, adoption felt like an old friend I hadn’t seen for a while.

I knew nothing about the process. I hadn’t done any research. But as we spoke, this purely abstract idea began to take shape. My partner had never contemplated adoption, but, now that he thought of it, he did get broody whenever he saw children. He told me how much he loved our friends’ babies. None of them were his biological children. But if, God forbid, something ever happened to our friends, he’d happily take their children home and love them as his own. We talked for hours, drinking coffee, imagining possible scenarios, and slowly shaping this idea into a plan.

All of the work still lay ahead of us that morning. It would take two years of research, interviews, home visits, and background checks before we finally did adopt our baby girl. She was born in Missouri and I’ll never forget my first glimpse of her. She lay on the warming bed, beautiful, bright-eyed, and full of life. I reached my finger toward her tiny fist and she gripped it. The feel of that warm body swelled in me. I’d been dreaming of her for so long and here she finally was.

But that morning in Florida, fresh from the heartbreak of infertility, we knew nothing of our baby girl. She was still a distant dream. What I remember most about that morning was the rebirth of hope. We’d been trying to conceive for so long. With every month that passed, and every tearful period, our hope would diminish just a little bit. Now hope was opening up for us again. We sat outside together while the sun rose and the damp air warmed. And we dreamed.

Adoptive mother LAUREN MCLAUGHLIN (laurenmclaughlin.net) is the author of the children’s picture book, Wonderful You: An Adoption Story, as well as the series, Mitzi Tulane, Preschool Detective. She has also written the young adult novels The Free, Scored, Cycler, and (Re)Cycler. McLaughlin is originally from Massachusetts, but now lives in London with her husband and daughter.