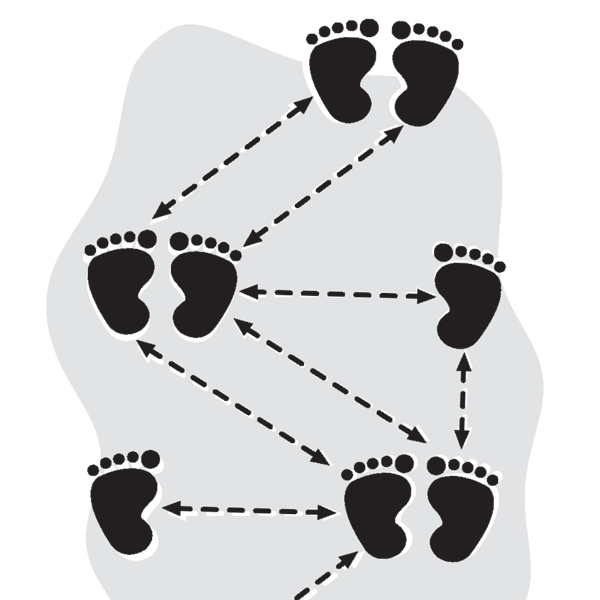 My son, Toby, stops mid-gait in the center of our sunny living room and begins to bounce up and down to “Birdhouse in Your Soul,” by They Might Be Giants. He looks around to make sure the members of his audience — me, his dad Tim, and our dog Harvey — are paying attention; that he is the center of our universe. Toby stomps his feet for emphasis and shakes his head back and forth to the beat until he falls to the floor in a dizzy fit of laughter. At 21 months, he craves the comfort of music the way other kids his age rely on their blankets.

Toby claps his hands for Bach, screams “yeah!” for Johnny Cash, and closes his eyes and rocks back and forth to John Coltrane. He first noticed the television when Eminem grooved to “Lose Yourself” in an iPod commercial. Whenever the speakers in our house fall silent, Toby emphatically points at the stereo.

Tim and I are not particularly musical. Before Toby came home, our car radios were permanently tuned to Minnesota Public Radio news, and our stereo might sit silent for days. Now, music accompanies all of our daily activities; we eat dinner, sweep the floor, and brush our teeth to a beat.

I think of my son’s imagination as a continuous “Stomp” performance. He is as likely to find music in the gentle lapping of water on the rocks surrounding a lake as in the “thunk…gshhh…clank” heard at a construction site. From Toby, we’ve learned that music follows us everywhere.

When parents get together, the conversation often turns to the sources of their children’s traits — the dimple in a chin or a love of books. But it’s different when a child joins a family through adoption. When I see Toby bouncing along to whatever happens to be coming from our stereo, I wonder about his birth parents. We don’t know much about them, except that they made the difficult decision to place Toby for adoption.

Toby’s intense love of music makes me wonder whether he was surrounded by music before he was born. Did his birth mother sing lullabies to him in utero? Maybe she played the violin, or liked loud Korean pop. Did Toby’s paternal grandfather play the janggu, an hourglass-shaped drum? Or maybe his maternal great-grandmother plucked a gayageum, a traditional Korean instrument.

Although we’ll probably never know exactly where Toby’s love of music came from, I know it did not start with us. His foster mother, Mrs. Kim, who cared for him for more than seven months, said he always loved music. By the time he was nine months old, he’d developed a preference for a certain collection of Korean children’s songs. Mrs. Kim gave us the CD, and it provided a comforting link to his past while Toby adjusted to life with us.

I know this won’t be the last time one of his obsessions takes over our home. And it won’t be the last time I wonder where it came from. We know we will never be able to firmly tie his traits to either nature or nurture, but if Toby masters molecular physics, we’ll thank his birth family profusely. He won’t get that from us any more than he got his gorgeous black hair from our Scandinavian gene pool.

For now, back in our living room, Toby is satisfied that he has our attention. He smiles, giggles, and turns to face the magical source of this thing called “music.” He holds his arms straight out to the sides for balance, and he bounces, just off the rhythm, knees bending deep, with his diaper-padded bottom sticking out as a counterweight to his head. And the beat goes on.

<
Previous:
What Can We Learn from Our Kids' DNA?
Next:
>
[Book Review] Beyond Consequences, Logic, and Control
Authors
Sara Martin