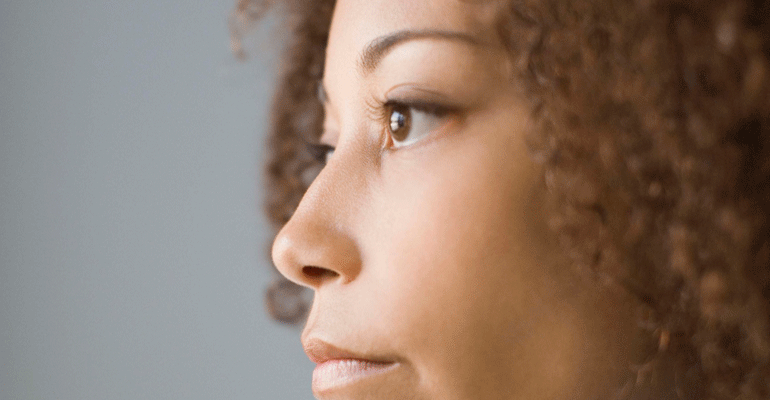 As a foster parent, I am accustomed to children coming to and leaving our home, but McKenzie was different. Maybe I connected with her so quickly because she was my favorite age – 18 months. Maybe she won me over with her devilish smile. Whatever the reason, I fell in love with McKenzie instantly. When we finalized her foster adoption that winter, I thought our family was complete.

Five months later, we got a call from our agency. The social worker wanted to place McKenzie’s biological sister, Morgan, with us. We didn’t even know that McKenzie’s birth mother, Mary, had been pregnant, but we said yes immediately and jumped into preparation mode. That same day, two-day-old Morgan came home to us.

While scrambling to set up a crib, wash baby clothes, and race to the store for diapers, I began to worry. How should I ask for this unexpected maternity leave? How would our two girls handle a new sibling? Could our car accommodate three car seats?

I also began to think about Mary. I remembered the first time I saw her name. We had accepted the placement of McKenzie, and I waded through the 894 pages of her case history. Mary’s life was a hard one, scarred by poverty, drug addiction, and homelessness. There had been other children, all of whom now called someone else Mommy.

One page stood apart from the rest. It was a handwritten note from Mary to a different caseworker of a different child. In the note, she said she was going to make it through treatment this time, and be the best mom ever. I treasured that piece of paper. I knew how much it would one day mean to McKenzie, to know that her birth mother had tried so hard to change the circumstances of her life. In that note, I glimpsed the vulnerability of a woman in crisis. I never dreamed I’d see that vulnerability up close.

Despite the stress and lack of sleep that come with parenting a newborn, we were blissfully happy for the first four weeks with Morgan. We were excited to have a new addition to our family and a birth sibling for McKenzie. After all, this was every adoptive parent’s dream, wasn’t it?

And then, one day, the phone rang. The birth parents were out of jail and asked to see Morgan. They wanted to try to win her back. This news came out of left field. I was terrified of losing the baby I already loved so deeply. To my surprise, we were invited to take part in the permanency conference – a meeting that would also include the birth parents.

On the appointed day, I drove to Child Protective Services. I greeted the social workers and attorneys sitting around an oval conference table, and we anxiously awaited Mary’s arrival. The room’s worn carpet, fluorescent lights, and sputtering air conditioner screamed “misery.”

Then Mary and her husband walked in the door. She looked nothing like I had thought she would. She wore a long, summery skirt with a matching blouse. Her hair was nicely combed, and it set off a nervous smile that had clearly spawned McKenzie’s devilish grin. The moderator introduced me as the adoptive mother of one child and the foster mother of another.

At first, it was hard to pay attention to the discussion. Mary and I were each trying to inspect the other without staring. Did McKenzie have her eyes? I wondered, as I snuck glances. Would Morgan also share her smile?

When I began to focus on the long service plan being outlined for Mary, I knew the odds were in my favor. How horrible was it to want someone else to lose, so that I could win?

The meeting was coming to a close, but I could tell that Mary had a lot to say. I decided to break the ice by asking Mary if there was anything she wanted to talk about. This gave me the perfect excuse to look her in the face. She didn’t look like a junkie. She didn’t look homeless. She looked like anyone else I knew.

“How is McKenzie?” she asked.

“McKenzie is great. She loves to read books and play dress-up. I am thinking about enrolling her in gymnastics, because she is always tumbling around the living room.” A smile began to spread across Mary’s face, so I kept talking. I told her how healthy McKenzie is, how she’d had her hair braided with extensions for the first time, and about the stack of books she brings to me to read every night before bed. Talking about my children always puts me at ease, and this day was no exception.

“Do you have other children?” Mary wanted to know.

“Yes, I have a daughter, Madison, who was also adopted. She is six.”

“Why do white people always want black kids?” she sneered.

Not knowing whether this was a rhetorical question, I decided to answer it, in case silence might seem rude. “I don’t have a preference of color,” I explained. “I take whatever God gives me.”

“Does McKenzie love her baby sister?” Mary asked. “Absolutely. McKenzie helps me feed her and is always giving the baby kisses.”

Then Mary asked me what I tell McKenzie about her birth parents.

As I began to answer her question, I heard my voice change, becoming soft and gentle. “I tell McKenzie that her mom and dad love her very much, but they weren’t able to take care of her. I tell her you were very sick, so she came to live with us while you went away to get better. When you didn’t get better, we decided to make her a part of our family forever, so she would never miss out on hugs and kisses and books to read.”

You could have heard a pin drop when I stopped speaking. The social worker and her supervisor sat with their mouths open. Mary’s attorney smiled, nodding her head in approval. The moderator laid down her pen. We were off the map, in uncharted waters. Birth parents and foster/adoptive parents aren’t supposed to speak. In fact, I’ve always felt that we’re set up to be enemies, told that they are bad and we are good. But Mary and I had made a connection. In seven years of fostering, nothing like this had ever happened to me.

After a long silence, Mary asked, “Do they need anything?”

“No, they don’t need anything. Do you need something?” I asked.

A tear rolled down Mary’s cheek. She quietly said, “Yes,” and asked for a picture of them. I said I could arrange that.

Then she asked, “Could I see McKenzie?”

I had dreaded this question, but, without hesitation, I responded: “I don’t think that would be a good idea. McKenzie has been through a lot in her short life. She is doing really well right now, and I think seeing you would be upsetting.”

I held my breath, but Mary said she understood.

Then I had to ask for something. “Can I ask a favor of you?” I blurted out.

“Sure,” she said in obvious surprise.

“Would you let me take your picture, for my girls?”

“Yes, I have a camera in my purse. Would you mind?”

Mary and her husband stood side by side with their arms around each other, smiling for the camera. There’s not a trace of sadness or loss in the photos I took, only love for each other. I know my children will treasure the photos one day.

The meeting came to a close after Mary confirmed a weekly visitation schedule with baby Morgan. She passed close to me to leave the room and I was overwhelmed with feeling for this intimate stranger. Taking a leap of faith, I reached out. She wrapped her arms around me. I felt her hair on my cheek and smelled the faint scent of perfume. We clung to each other for what seemed like hours, whispering messages of thanks over and over. She thanked me for taking care of her children, and I thanked her for bringing mine into the world.

Next:
>
The Role of Genes on Personality
Authors
Amy Ford