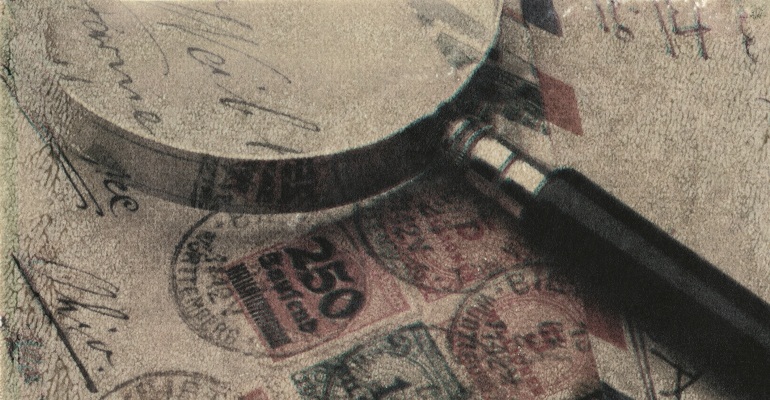 When Pat Suhody and her husband, Rich, adopted Elizabeth from Guatemala, they didn’t plan to seek contact with her birth family right away. They had exchanged letters and photographs with their older daughter Katie’s birth mother, so they assumed they could contact Elizabeth’s birth mother later. Then they saw a news program on corruption in Guatemalan adoptions, and were shocked to see their attorney accused of baby trafficking. The Suhodys feared they were raising a child who had been taken from her birth mother under false pretenses.

After months of deliberation, the Suhodys decided they had to know the truth, regardless of the consequences. An online acquaintance helped Pat make contact with an American expatriate living in Guatemala. After hitting a series of dead ends, this person was able to locate Elizabeth’s birth mother and deliver a message to her. More than a year after the Suhodys began their search, they received a letter from the birth mother. She assured them that it had been her intention to place her daughter for adoption and that she was happy Elizabeth would be well provided for. The attorney was later cleared of all charges against him.

Since then, their daughters’ birth families have continued to enrich the Suhodys’ lives. The ongoing contact has also helped them fill in pieces of their children’s backgrounds that will be valuable to them as they grow older.

Attempting to make contact with children’s birth families overseas is a relatively new phenomenon in international adoption. In the past, most of these adoptions were closed. Some adoptive parents chose international adoption for precisely that reason: They would not have to worry about birth parents returning to claim their children. Those parents who wanted information were discouraged from searching by agencies that wanted to protect the privacy of everyone involved.

Openness in domestic adoption has changed the way parents feel about the importance of birth parents to a child’s identity. Few countries are establishing open adoptions from the start (the Marshall Islands may be the exception), but many countries, like Russia and Guatemala, provide enough identifying information so that parents can attempt contact with birth family members after the fact.

According to Karen Holt, who runs a listserv for parents who are contemplating contacting their children’s birth parents, people want to get information for their kids. “They think that it’s in the best interest of their child to have a relationship with the birth family, and that it’s better for the child to grow up knowing the answers. Sometimes they want health records, especially if the child has a medical problem.”

Still, some parents who had no interest in birth parent contact before the adoption change their minds after finalization. The wonderful qualities they see in their child must come from birth parents with those same qualities. “When the child is an abstraction, the birth family is an abstraction,” says Holt. “People decide after the adoption that there isn’t any reason to be afraid of birth parents.” They come to see how a photograph, family history, or information about siblings may be important to their children someday.

And parents may conclude that contact is not right for them. “Sometimes people are just afraid of learning that there was something less than up-and-up about their adoption,” says Holt. “Or they fear losing their child. Some people learned during court hearings how the birth family treated their child, and became angry at them.”

The decision to search for birth family should not be made lightly. Often family members, including spouses, question an adoptive parent’s desire to search. A search may be difficult or unsuccessful, and a successful search may uncover painful information. One mother found one of her children’s birth family living in abject poverty. She cautions, “Searching can be romanticized. I found myself longing for a personal connection with the women who bore my children. That all changed when the searcher’s report came back. Having negative information is a weighty responsibility, which, to this day, I am unprepared to deal with.”

Chris Winston is an adoptive mother and the president of the Korean American Adoptee Adoptive Family Network, or KAAN. She supported her teenage daughter’s decision to search for her birth family. “Once an adoptive parent makes a connection to the birth family, it may lead to certain expectations for a relationship that an adoptee may not want to maintain,” she says. “Not every adoptee wants to search.”

At the same time, parents must consider that the window for a search may be open for only a short while. “The risk in not searching is that the trail will be cold when the child has a need to know one or two decades later,” says Suhody. “Dire poverty leads to transience. Both of my daughters’ birth mothers have moved several times in the last decade.”

Anna Sternad, who has facilitated searches in former Soviet republics since locating her son’s birth family in Ukraine, agrees. “I’ve worked with families who learned that the birth mother had died. Also, once siblings are age 17 or 18, they can no longer stay in the orphanages, and they may be lost.”

Sternad was adopted herself, so she can see the situation from all sides. “I grew up not knowing my own history. I found my birth family,” she says. “It did not take away anything from my adoptive family, but I’d wondered where I came from, why they placed me for adoption, what they looked like. I feel really good about what I’m doing, because I’m giving answers to so many kids.”

Much Depends on the Country

Feasibility of making contact with birth families varies by country. In most sending countries, documentation given to adoptive parents includes, at least, the name of the birth mother, as well as some social and medical history. In Russia and Eastern Europe, the file may also contain the names and ages of biological siblings. Parents adopting from Guatemala usually receive a photograph of the child’s birth mother.

Information is especially difficult to obtain in Asia. Karen Holt notes that, in her experience, birth family information received by adopters from India and Cambodia may not be reliable. In South Korea, adoption agencies protect the identities of unwed mothers, and most of them will not release information to an adopted child before age 18. In China, child abandonment is illegal, so families cannot make an adoption plan. Virtually all Chinese orphans are abandoned anonymously.

Determined searchers can overcome most of these obstacles. An investigator can be helpful when little information is known about the birth parents or when initial efforts to make contact hit a dead end. In South Korea, adoptive and birth families may place search ads in Korean newspapers and online registries. Some adoptive families have visited their child’s finding spot in China and located the person who found their child. Others make contact with foster families, and DNA registries can identify siblings of children adopted from China.

But despite this, a successful birth family search in China is unlikely. Joshua Zhong, co-founder and president of the adoption agency Chinese Children Adoption International, says, “People have to understand that there is no political or legal support in China for such searches. Children in orphanage care have been abandoned, and so there is no meaningful information beyond that which adoptive parents initially receive.

“I hope that in five or 10 years there may be regulations to protect search efforts,” says Zhong. “Searching is the children’s right. Respect that right, but when children request that you search, explain that it’s not an easy or small undertaking.”

Surprises on Both Sides

When an adoptive family makes contact, most birth families respond positively. Sternad says, “They are just overjoyed to know what happened to the child, and to know the child is in a safe, loving home.”

Still, some birth families resist contact at first. According to Holt, “They wonder what we want from them. They might think that we’re trying to blackmail them or extort them. They need time to process what’s happening.” Sending them photographs of the child can build trust.

Families need to realize that a search may uncover unsettling information. Birth family members may be impoverished, imprisoned, or suffering from alcoholism or mental illness. And in the event that a birth family asks for money or other assistance, the adoptive families must respond in a way that feels comfortable. Therapist Deborah Gray says, “Families feel compelled to give. That’s an aspect of adoption—these countries have given children to us, and we want to give back. I suggest that families channel money to a social services organization that works in the area, or donate to improvement projects there, to help families in poverty without making them dependent.”

Suhody’s family has teamed with other adoptive families and contacts in Guatemala to provide financial support for birth families and for construction projects in their communities. “We have sometimes had to say ‘no,’ if we could not afford it. That has been difficult,” she says. “We’ve tried to base our relationships with birth families, first and foremost, on our shared children. We do not want our children to feel they have a moral obligation to support their birth families when they are adults. Instead, we have tried to find ways to help these families break the cycle of poverty.”

Adoptive parents must also gauge how much information to share with their children, and when to share it. Very young children can be satisfied with photographs and simple explanations. Pat Suhody says, “We’ve had framed pictures of our girls’ birth families among our other family pictures since the girls were infants. They don’t remember the pictures not being there.” As children grow older and wrestle with issues of identity, or if there is negative information about the birth family, a therapist may help. [Read what therapist Deborah Gray says in “Talking with Children About Birth Families”]

Older children can assume more control over the relationship. They may choose to arrange visits or reduce contact, depending on their needs. Leceta Chisholm Guibault’s son, Tristan, 12, has had an open relationship with his birth family since infancy, and the Guibaults have traveled to Colombia to visit. Guibault’s daughter, Kahleah, 16, does not have contact with her birth mother, but she visits her foster family in Guatemala annually. Kahleah is considering searching for her birth mother, a decision that’s proving very difficult for her. “This is her search,” says Guibault, “and she has the love and support of everyone who knows her.”

For most, a risk worth taking

Most parents who searched feel that their searches were worthwhile. A mother who located her two young children’s birth families in Russia says, “It was hard to not panic, thinking we had made a mistake in starting the search. I found information I would rather not have known. But after I had some time to absorb the information, I decided we are better off knowing. In the end, I am happy we searched.”

For Pat Suhody, the relationship with her daughters’ birth parents has been good. “My oldest daughter, despite the letters and pictures of her birth family, felt abandoned,” she says. “For years, she wouldn’t discuss Guatemala or adoption. It was only when my friend visited Guatemala and told Katie that her birth mother and sister had cried upon looking at Katie’s pictures that Katie realized she had not been abandoned. She finally understood that her birth family also suffered loss, and began to embrace her heritage.

“Without having firsthand knowledge, Katie would still be feeling loss and rejection,” says Suhody. “This change has been a huge benefit of searching for her birth mother.”

<
Previous:
Ask AF: When Is Cuddling Appropriate?
Next:
>
Out of Order
Authors
Carrie Howard