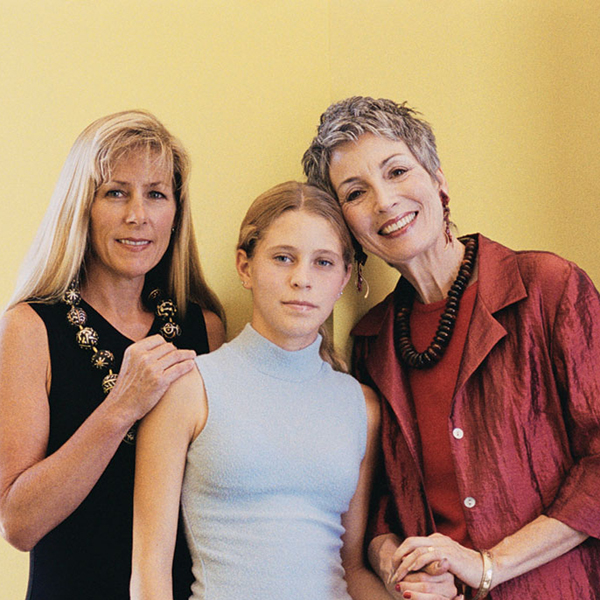 In preparation for adulthood, teens begin to separate from their parents and peer relationships become more important. Teens want more control over their lives. What does this mean to a teen’s relationships with her birth parents? What are the common scenarios as an open adoption enters the double digits?

Tina had an open relationship with her birth mother, Linda. Linda joined Tina’s family for monthly Sunday dinners and called to chat with Tina between visits. When she turned 14, Tina began to ask her mother to make excuses for her when Linda called — though she spent much of her free time on the phone with friends. Tina’s mother felt caught in the middle, and she wanted to keep Linda from being hurt. She also worried that Linda would blame her for Tina’s withdrawal. Linda’s desire for continued closeness was bumping up against Tina’s need for distance from the adults in her life. This pulling away, while hard for Tina’s parents, was even harder for Linda, who didn’t have the luxury of those tiny moments in an adolescent’s life when they seek connection.

If you notice changes in the way your teen talks about, or relates to, her birth parents, it’s time to start a dialogue. If she wants to change the type or frequency of contact, help her find a way to do that with no misunderstandings. Tina eventually told her birth mother that she would prefer emailing and texting to weekly phone calls, with the understanding that the families would still meet for monthly dinners.

Jim, 15, met his birth mother, Darlene, when he was nine years old. His parents opened his adoption to satisfy his curiosity about his birth parents. Jim and Darlene kept in contact through phone calls and e-mail, with occasional visits. Out of the blue, Jim began to express anger at Darlene. He found her religious beliefs ridiculous. She wouldn’t answer questions about his birth father or his relinquishment. During counseling, it became clear that Jim was struggling with issues of identity.

If your teen is pulling away from birth family, do not hesitate to reach out to them. Remind them about the way all teens begin to relate differently to the adults they’re close to. Reassure them that you will always support their involvement with your child, and stress the importance of patience as you all navigate your teen’s adolescence.

Mary, 16, wanted more contact with her birth mother, Nancy, and she wanted more privacy about their relationship. She resented her parents arranging visits, and said that she should be allowed to drive alone to spend the weekend with Nancy whenever she wished. Besides their fear of allowing a new driver to travel three hours alone, Mary’s parents objected to this plan because of Nancy’s struggle with alcohol abuse. When they stated their concerns, Mary accused them of being “jealous” and “threatened” by her relationship with Nancy.

If your teen wants more involvement with birth family, determine what is right for her — not what’s right for you. Your feelings may be interfering with your ability to agree to something appropriate. On the other hand, if your teen is trying to circumvent your input, enlist the birth parents’ support to set appropriate boundaries and communication. For example, make certain that you can count on the birth mother to tell your teen that plans must be discussed with and approved by you. If the birth parents have difficulty adjusting to your teen’s need for changes in the relationship, or if they undermine your authority, do not hesitate to suggest that they seek professional help from someone who specializes in adoption.

Regardless of the situation, you must remain in charge. This includes monitoring your teen’s relationship with the birth family, to ensure that it remains healthy and safe, while maintaining your own positive relationship with them. That being said, parents should adjust their expectations in accordance with their teen’s feelings and need for input into decision-making.