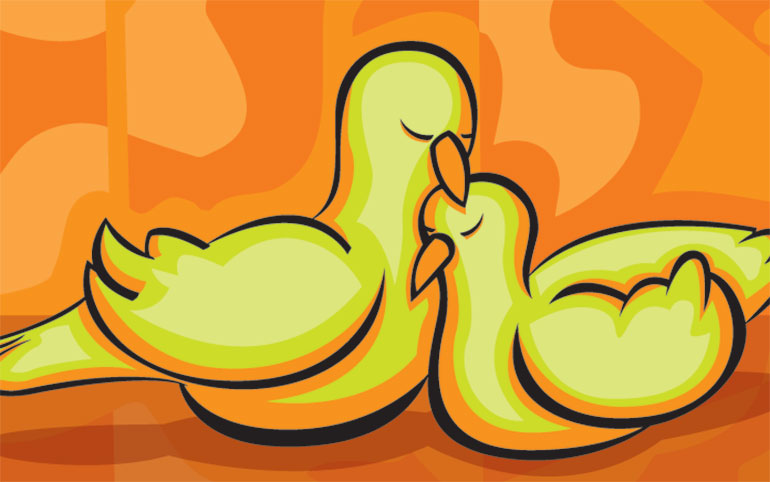 I was in a hallway at work, when I walked up on a conversation taking place outside my office door. Curious, I stopped and joined the circle. Little did I know that one of the women was about to announce her pregnancy.

I had already heard the announcement, directly from this woman, but it was news to the others. She told them off-handedly, “…and we need to schedule that patient for next week and, oh, by the way, I’m pregnant….” Upon hearing the news, the two other women nearly lost it, hands cupped over their mouths, mini-jumps in the air, and “Oh my God!” exclamations amid excited squeals.

Rewind to two months earlier, when I told the same two coworkers about my adoption plans, a week before I was scheduled to take time off for (what I thought would be) an adoption leave. From each woman, I got a reserved “Oh! Really?” as if I had just said that I saw a good movie last night, or that I bought my shoes on sale.

I tried not to take offense. I get along well with everyone in my office, including both of those women. They might have said some niceties. I don’t remember. One of them graciously offered to let me take her eight-year-old off her hands: “You can adopt her!” she said. (My tongue is still healing from the self-inflicted bite wound.)

Fear of the Unknown?

I admit, I was upset. Not outwardly, of course. In the grand scheme of things, the response (or lack thereof) to our news from people who are not family or close friends was not that important to me. My husband and I have received an overwhelming amount of support, from a circle of well-wishers. For the most part, the reaction to adoption was what I had hoped for — happiness at our joy. But both of us also had to contend with many less-than-ebullient responses from coworkers, friends, and family alike. Each time I announced our adoption plans, I just wanted the kind of excitement that pregnant women get. Every expectant mom deserves the same, right?

To be honest, I had always known that might not happen. The reality seems to be that a pregnancy announcement always trumps an adoption announcement among those in the non-adoption world. I know there would have been different reactions if we were expecting the old-fashioned way. And if hell froze over and we were to get pregnant after adopting? I imagine the enthusiasm would be on the I-know-this-is-what-you-really-wanted! level.

While most people in our life are overjoyed for us that we’re pursuing adoption to build our family, to some people, adoption is still very different. Maybe it seems less exciting, less tangible than a pregnancy. Maybe our relatives fear for our emotional well-being. Maybe they wonder, “Who are they bringing into this family?”

Arriving at the Same Outcome

Perhaps I should give them the benefit of the doubt and expect a delayed, rather than a different, reaction. With pregnancy, the excitement is there from the get-go. There’s a baby on the way, due on or around this date, and everyone wonders whom the little bundle will resemble. There is a growing belly, ultrasound pictures, and a baby shower to plan or attend. There’s hubbub from the announcement to the birth and afterward.

With adoption, there’s no telling when there will be a baby, especially in domestic adoption, when parents are waiting to be matched. For many of us, there isn’t pregnancy news to share from the prospective birth mother, and if there is, we may not want to share it with family and friends. A match might not end in the placement of the child, and there is a legal risk in sharing personal information. The only belly growth during the wait for an adoption is the result of overeating, related to nervousness and depression, not a fetus. And who knows what the heck the baby will look like?

I try to see every reaction in perspective. After all, a person not touched by adoption may not consider it as “real” or as special as a pregnancy announcement. I hope that that changes after we have our child in our arms, and our life as a family unfolds.

<
Previous:
"20 Years of Letters to Our Son's Birth Mom"
Next:
>
"We're Adopting!" How to Announce Your Decision to Friends and Family
Authors
Eileen Hummel