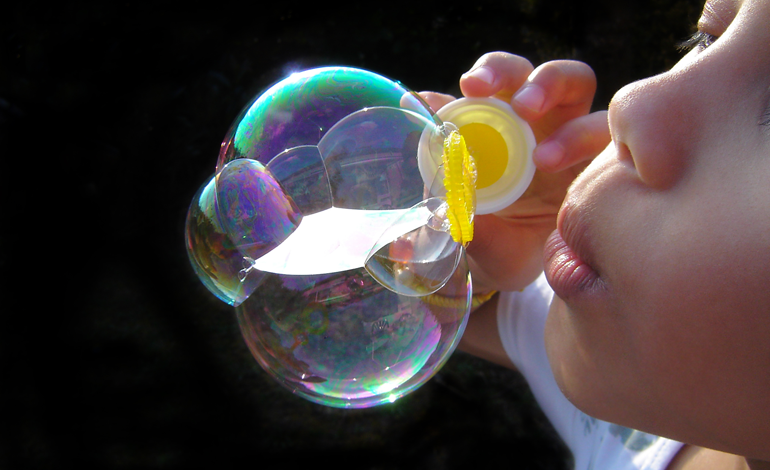 A picture came across my Facebook feed last Thanksgiving. It’s a snapshot of my daughter’s birth mom standing with her four-year-old son and her younger sister. The three of them are standing in the family kitchen ready to start cooking the holiday meal. My daughter’s mom is wearing her chef’s apron and she’s loaned her little sister her chef’s hat. They are beautiful and they are happy.

My daughter looks like a replica of her birth mom, Pennie, and Pennie’s little sister looks just like her, too. They are like a triple carbon copy of each other and when I saw the photo I could picture my daughter standing there with them and it made me happy and it made me sad. Happy because I am always happy to see my daughter reflected in a family that may be far away but still loves her, and sad because they are so far away.

Parenting means getting comfortable with the understanding that family—any family—is ever changing.

I didn’t get that parenting the first time around. When I gave birth to my son I felt like this was our family eternally. His adulthood seemed so far away as to be nearly a fantasy. I bought much too expensive wooden toys, in part because I couldn’t fathom him ever growing out of them; I felt like they needed to last forever because we would be forever. Even when we began trying for a second child it felt like we were planning to build onto a house; an addition that would seamlessly expand our home. But then the second baby didn’t come and so we sat down, considered our options, and moved on to adoption.

Enter our daughter. Or rather, enter her mother, because more than gaining a child, we gained a whole other extended family. Even then I thought our family was constant. I couldn’t imagine Pennie ever moving and even though I knew she wanted more children, it seemed as impossible and fantastical as my son’s adulthood seemed when he was small. But she did have another baby, a wonderful son with his big sister’s sense of mischief, and because she wanted to raise him near her mom, she moved away and out of our everyday lives.

But before Pennie moved, she graduated from chef school here in town and her mother came out to go to the graduation. The five of us—Pennie’s mom, my son, Pennie’s son, our daughter—sat together in the auditorium and cheered as Pennie walked across the stage to collect her diploma. I cried because graduations always make me cry and because Pennie worked so hard to finish school and also because I knew she was moving. I knew that in a few weeks she and her mom would pack up her things and drive away, much too far for casual visits.

After the ceremony we all went out into the lobby to meet up with Pennie. The foyer was packed with happy graduates and proud parents and the crowd pressed us in. As we were worming our way through the people to get out to the parking lot I kept worrying about losing my daughter. Her grandmother was trying to break a path and Pennie was following, holding her son and then I was herding my daughter and my son in front of me. I put my hand on my daughter’s arm a couple of times and the second or third time she spun around to glare at me.

It was because she was aligning herself with her birth family and I was messing it up by claiming her with my attention. This was her birth mama’s glory day and by god, she was going along with it as her mama’s daughter. I knew it. I knew that’s what she was doing. I could see it in the way she leaned into her grandmother and in the way she kept her distance from me.

So I quit trying to touch her as we got through the crowd and I let her claim her family and let them claim her.

That claim, that’s what I saw in the picture on Thanksgiving, although my daughter is not in it. I saw her right to keep her distance someday, to step away from us in order to give herself the space to claim them. It was so clear in the reflection of her smile in the smiles of her mother and her aunt.

I imagine sometimes, what if my daughter grows up and doesn’t choose me? What if she moves to live near her other mom? What if I lose her to her birth family? And I think about that and I get scared. Then I think, so what if she does? I can’t worry about that; I can only parent now how I see fit and I can’t parent from a place of fear and insecurity.

Also I think about how things change. There was a period in my early twenties where I wasn’t speaking to my dad. Once he showed up at the restaurant where I was working so I just went out the back door and went home.

What I do know is that my family is now, here around me. My family is now, far away loving our shared daughter. Someday both my children will grow up and likely they will move away (certainly they will eventually leave my house!) and it will be hard because change is hard and I’m sure that I will miss them. Someday they may not be speaking to me and they will not be able to imagine in a time where they will want to speak to me. Someday they may make excuses not to come home for the holidays.

Or maybe not. I can’t know.

I can only know now. My family is now.

This essay was first published in Brain, Child: The Magazine for Thinking Mothers. All rights reserved.

<
Previous:
2018 Gifts that Give Back
Next:
>
2016 Cover Photo Contest Winners
Authors
Dawn Friedman