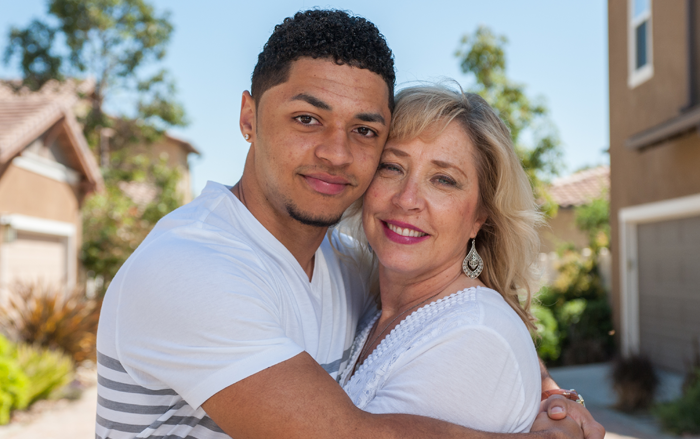 Perhaps you’ve had the experience of being in a conversation that is going smoothly, only to have it somehow fall apart. You’re left wondering what happened. At times, it can feel that everything you say just makes things worse. Or, perhaps it’s hard just to get a conversation to happen at all.

Talking with adopted teens can be a minefield.

Your adopted teen may not turn to you like they used to. But if and when they do it’s because they really need to. Their needs get disguised by their iPads and phones, making these conversations with you appear less important. But often adopted teens don’t talk with their friends about being teased, or failing a class, or losses related to adoption. They turn to you.

I remember talking with a ninth-grade girl, Natasha, adopted from Guatemala, about her friend group. She was telling me about her BFF (best friend forever) at school.

“We tell each other everything,” she said, smiling. “We’ve been friends forever.”

I asked, “Have you talked with her about the feelings and struggles that you’ve had related to being adopted?”

She thought for a second.

When talking with your teen about such vulnerable issues such as adoption and race, it’s not enough to simply be empathic. It’s the connection with your teen that we want. In order to successfully make an empathic connection with your teen, they need to feel understood by you. It takes a lot of trust for adopted teens to open up about such personal vulnerable issues. If you’re still struggling with setting limits and “unrescuing” your teen, or stepping back to allow your child to cope with adversity and learn from failure, those should take higher priority. So, when it comes to trust, addressing the rescuing dynamic and setting adoption-sensitive limits has to come first. Sometimes adoptive parents make the mistake of pushing for a “heart-to-heart” with their teen when they’re really struggling in their relationship. It’s not respectful to ask or expect your teen to talk about personal sensitive matters when you aren’t really even getting along.

Making this empathic connection has a myriad of benefits, including strengthening your relationship, helping your adopted teen feel less alone and more empowered in the world, and paving the way into young adulthood.

But it doesn’t just happen.

Pam was a 15-year-old ninth grader adopted from China who grew up just outside of Boston. Pam had ongoing feelings of loss that she didn’t have her birth mother. She went with her adoptive father, Jake, to China to look for her, but was unsuccessful. When she returned, Pam felt depressed, irritable, and isolated. Her grades went from As and Bs to Cs and Ds. That’s when her mom, Karen, contacted me.

After we had been meeting for a few months, we had the following conversation:

“I tried to talk to Mom about stuff like you suggested, but….” Tears welled up in Pam’s eyes as she looked away.

“What happened?” I asked, leaning in slightly.

“Well, like, I was talking to her about my feelings about being adopted, and just asking why? Why did my birth mom, have to give me up?”

“She just told me about the one-child policy again. That’s what she always does.”

“I don’t know. It was like she already had the answer. She knew what had happened so she was fine. I guess I just wanted her not to know…not to be so sure….”

I said, “Like you. So your mom had figured it out but you still haven’t. Your mom told you the political story, which I’m sure you already knew. But you wanted your story, not what happened in the country, what happened to you.”

“It’s something that you live with every day. The ‘not knowing.’ You want your mom to know how hard it’s been. Of course you’d want to know that. You deserve to know what happened to you.”

Pam’s conversation with her mom is what I describe as an empathic miss. For our purposes, an empathic miss is when your teen tries to communicate something to you in a personal conversation and ends up feeling misunderstood. Now, I knew Pam’s mom fairly well. I knew that she did feel empathic about her daughter’s struggles and was attuned to the potential issues of adoption and race. And, of course, it wasn’t for lack of love. But, in that conversation, Karen missed that opportunity to connect.

Adoptive parents may also find themselves talking in ways that not just miss, but prevent the empathic connection, including:

1. “But Sweetie…” When your teen feels stupid, ugly, or just unloved, you want them to see the truth. “You’re gorgeous. Can’t you see that?” Or, “But Sweetie, there are so many people in your life who love you.” This might surprise you, but sometimes when adopted teens hear “But Sweetie,” they worry that it’s too painful for you to tolerate their suffering. For fear of hurting you more, they may attempt to hide their true feelings from you. These words send the message: “Your emotional pain is too much for me to bear, which is why I keep trying to argue it away.”

2. “We love you and will never abandon you.” Sometimes an adopted teen I’m working with might say,” If my mom says she loves me one more time, I don’t know what I’m going to do,” or “I know they’ll always be there for me, but it doesn’t help….” Adults put love on a pedestal. But telling your teen how much you love them during times of despair can actually lead them to feel even more guilty knowing that your unconditional love and dedication isn’t enough to heal their emotional pain.

3. “I went through the same thing and look at me now.” Sometimes parents will share their own story of what they went through. Often, their message is, “See, there’s still hope!” But teens may hear, “There, there, you’ll see what I’m saying when you’re older and less short-sighted and naïve.” As a result, the teen often feels more patronized and invalidated. And, they often just feel like you don’t get it. They want you to be with them, not ahead of them.

4. “If…then.” If you would have studied more, then you wouldn’t have failed math.” Parents don’t always realize why they often criticize, blame, or judge. The “I told you so” in that message, however unintended, can make your teen feel inadequate and humiliated. In these conversations, the goal is not for you to be smarter or wiser.

5. “You poor thing!” There’s a fine line between empathy and pity. Empathy means that you can understand what they’re going through. Pity means that you feel sorry for them, as if to suggest that there’s something wrong with them. It also suggests that they’re the victims of their circumstance, which can be immobilizing.

6. “But this isn’t you!” When parents say this, adopted teens often feel that you can’t accept who they really are. When the insinuation for the teen is that they used to be different, that can also exacerbate feelings of guilt and shame.

You may wonder what’s left to say after sidestepping all of those minefields. A lot. Here are some things that you can do to get more empathically connected:

2. Allow them to save face. Sometimes teens will downplay or minimize a serous problem in order to save face. They can feel embarrassed or even humiliated to feel so vulnerable, and to feel “mothered” just intensifies those feelings. For example, it might be clear to you that they’re devastated that their girlfriend broke up with them or that their best friend badmouthed them, but if they tell you that it’s not a big deal, that may be why. Best to leave room for that.

3. Stay within emotional range. It’s helpful, if possible, to stay within range of your adopted teen’s emotions and level of intensity. That means that if your teen is upset, you should be somewhat upset. If your teen is anxious, then don’t be too calm, cool, and collected. If your young teen comes home upset that her crush doesn’t feel the same way, it’s better to say, “Oh no! I’m so sorry! That’s sad,” as opposed to, “Sweetie, there are plenty of fish in the sea.” The opposite can also happen, where the teen tells her parents about a particular struggle or disappointment and the parent ends up panicking while the teen is nonchalant about it.

For example, Rhonda, an adopted tenth grader, told her mom, Beth, that she failed her math test. Her mom said, “You’re kidding!”

“How could you let this happen? I thought you were doing better this quarter!”

“Mom, it’s really not a big thing. Why do you always have to freak out about everything. It’s just one test.”

If Beth were able to stay more in emotional range, it might have gone more like this:

Beth: “Really? That’s surprising. Were you expecting that?”

Rhonda: “Not exactly. I sort of studied, but I didn’t think I would fail.”

Beth: “What do you need to do to get your grade back up? You know you need to pass to stay on the swim team.”

Rhonda: “She said that I could do extra credit if I show that I’m making an effort.”

Beth: “So you’ll start working on that tonight?”

4. Speak thoughtfully about their peers. When you speak judgmentally or critically about your teen’s peers, your teen may take it to heart. They’re not just taking it personally because they care about their friend. They’re taking it personally because they worry that the way you feel about their peers is also the way you feel about them. They’re not always aware of it, but it’s true. When you say, “Well, Donna isn’t taking her life seriously and she’ll never make it with that attitude,” it hurts your teen’s feelings.

5. Give them some time. These things take time. When you’re in the throes of these emotional conversations, there is often a sense of urgency. Many adopted teens talk with me about feeling guilty that they’re not getting better fast enough. Although it’s important to be engaged and involved, it’s also important to clearly convey that they’ll have the time to clearly convey that they’ll have the time they need to work through their struggles. You’ll be there for them no matter how long it takes. There is no time limit. You’re not running out of time. They can take the time that they need.

6. Lead with understanding. When we convey understanding, we are saying that we know where they’re coming from. That should come before reassurance. For example, your teen could say something like, “Why don’t you just leave me behind? Everyone else does.” Although you might be inclined to say something like, “I would never do that because I’m your parent and that’s never going to change,” it would be more comforting for the teen if you were to say, “You’ve been through a lot already and I can understand why you would want to prepare yourself for the worst.”

It takes courage for you to parent them, too. So much feels emotionally loaded that it can be overwhelming at times. You don’t have to completely overhaul who you are as a parent. Just find a place to start that feels comfortable for you, and go from there. It’s best to work on one deliberate step at a time, like asking fewer questions or leading with understanding. As you integrate each step you can add another.