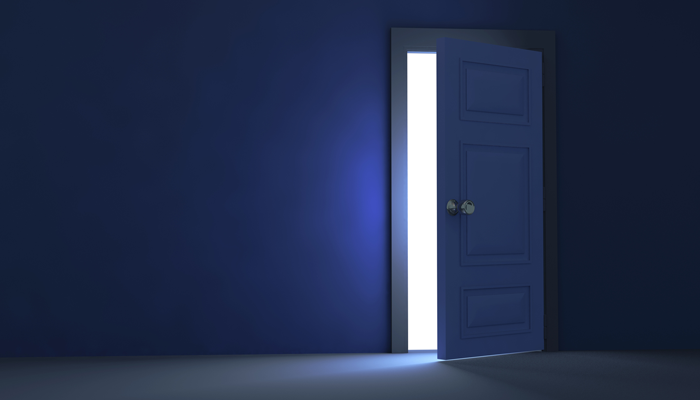 My mother once told me about an incident that occurred when I was four — shortly after I was adopted — on a family outing to the Seattle Zoo. A woman approached us from a distance and, as soon as she recognized me, she raced toward us. She had been one of my foster mothers. As she stretched out her arms to embrace me, I stared at her coolly, as if she were a stranger, and then turned away. My mother described how troubling it was to watch this scene. My face was vacant except for the tears raining down my cheeks. It worried her that I’d acquired an armor so early to hide my profound sorrow.

I have no memory of the event.

Eight years later, I discovered the source of that armor. I found a letter hidden in my mother’s dresser drawer that she’d written to the family attorney. She wanted to change my birth certificate to remove my birthplace. The letter went on: I was born, heroin-addicted, in the Federal Prison for Women in Alderson, West Virginia.

Love Was Not Enough

As a girl, I sensed something was wrong in my life. I knew I was adopted and, by the time I found The Letter, my racially ambiguous looks troubled me, my caramel-colored skin more Latina than anything, but my eyes suggesting Asian in me somewhere. Some called me biracial, black and white. I lived for the day each month when our National Geographic arrived in the mail. I furiously flipped through the glossy pages to find pictures of people who looked like me. What if I belonged to the people in these pages? I wondered. I stared at them for hours, searching for myself in those photographs of people from tropical countries and other continents. My wide smile and lips resembled those of Thai children; my dark complexion was like a girl’s from Puerto Rico; my nose matched the noses of people from Samoa or the Philippines; babies wrapped on their mothers’ backs in China had my eyebrows. I saw myself everywhere in those magazines, in everyone who did not have my parents’ Eastern-European looks. My monthly ritual helped me feel less crazy about my mix, my prison birth, all of it.

“But you’re just one of us, dear, and we love you,” my mother said whenever I told her I faced discrimination or prejudice. As much as my mother wanted to help, I needed more than love to understand the confusion and injustices I faced out in the world. My ultra-liberal Jewish parents, both writers, poets, and college professors, deliberately sought to adopt a special-needs, at-risk, multiracial child. At the time I felt like a guinea pig, an experiment for their liberal efforts. Like many adoptive parents, they thought love would heal my challenges, pain, and losses. But when I faced discrimination, love wasn’t enough. When I grieved over losses I didn’t understand, love wasn’t enough. She’s one of them, I thought about my mother, white. And she won’t understand. I was on my own.

A Path of Defiance

Over time, a wedge grew between my parents and me, and it would take over a decade to dissipate. I was a wild child. Drugs, drinking, and running with the wrong crowd gave me all I needed then. In a way, I felt true to my roots. At 14 I started street drugs, and I moved out three years later. At 19 I loaded a spoon of dope and cooked it up for the first time. When I started to shoot heroin, instinct told me that the odds were against me, so I stuck with other drugs. More than once I drugged past my limit, just this side of dying from an overdose.

After several near-death encounters with bad drugs and gun threats, I knew I was on my way to the graveyard or prison. Though still on drugs, I returned to college and earned my degree in economics. Shortly after, I witnessed a violent stabbing, and it convinced me to quit drugs, cold-turkey, with the help of chemical-dependency counselors. I’ve stayed clean from then on. I reconciled with my parents, and I learned that their enduring love was, in fact, what mattered. At the time of my mother’s death, I was the closest person to her.

Shortly after I reunited with my parents, I hired a search agency to locate my birth family. Though my birth mother had died, I met a half-brother and a dozen cousins, aunts, and uncles, all living in Seattle, where I’d been raised. My birth family welcomed me as if I’d just returned from camp, and we’ve been close ever since. They showed me my birth mother’s photo album. This was the first time I’d seen my baby pictures, full of smiles, not like the photos of me growing up, glum, angry, and timid. And my birth family helped me understand my background: part Greek and a blend of Taiwanese-American, Latina, and more.

A few years later, I flew to Alderson. An officer gave me a private tour of the prison. I walked throughout the compound, including the prison hospital room where I was born and the cell where I lived with my birth mother. It was a profound and exciting experience.

Finally, I could let go of my fantasies of my birthplace and birth mother, and, in doing so, I made room in my soul for my real mother — my adoptive mother — the one who stood by me all those years. In reconciliation and gratitude, I felt compelled to serve, to give back at my source. I made a commitment to myself, to women in prison, and to their underage children left behind. I thought, Who better than me, who made it out the other side?

For a while, I regularly returned to Alderson to speak and offer writing workshops for the prisoners. I traveled to women’s prisons across the country to share my story of possibility. I speak about the persistence and critical relationships that make all the difference for survival. Nearly two million children under age 18 have at least one parent in prison. I want to be an ambassador for these children. I have several projects in development to reach this under-served population, and I want to form a nonprofit to provide college scholarship funds for daughters of women in federal prisons.

My story is about beating the odds, from the beginning. Fifty percent of heroin babies die at birth. I’ve broken the cycle of incarceration and addiction, and I’ve also followed in my parents’ footsteps. I adopted both of my daughters. I tell them about my wild experiences and also teach them the same values my parents taught me. They are learning from me that we can rise above our adversities, that our attitudes determine the way we face obstacles.

<
Previous:
"We Did Not 'Save' Our Son"
Next:
>
"Adopting from Foster Care — with Help"
Authors
Deborah Jiang-Stein