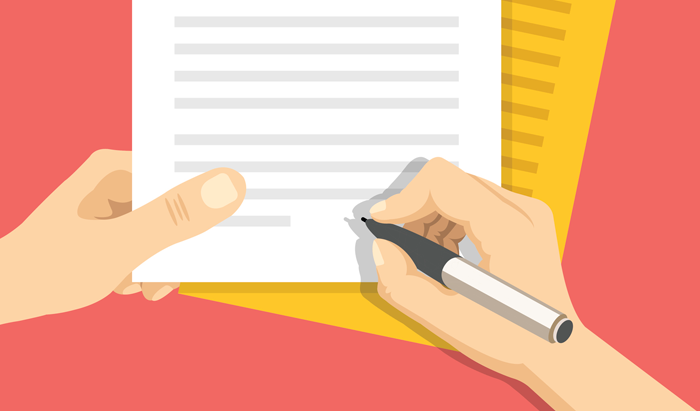 On our Facebook page (facebook.com/adoptivefamilies), we asked readers, Do you have a Post-Adoption Contact Agreement (PACA) with your child’s birth parent(s)? How did you decide on the terms you included? Is there anything you would have done differently when creating it? Here’s what you said:

“Yes! Our agreement includes a birth grandma and sets up clear guidelines for the birth parents. It gives us an out, if needed, but also gives us a clear way to stay in contact. Our kiddo wouldn’t be here without his birth parents, so having a connection is important for him, for them, and for us. They are part of our extended family.” —APRIL

“When we adopted from foster care, the committee for adoption created one with us. We were eager to finalize at the time and ready to offer anything, but the committee would not agree to more than two visits per year, with a letter and photos at the visit. It also stipulated that their birth mother must contact us via a P.O. box to set up the visits, that no one else could attend the visits, and that the agreement would be nullified if she failed to show up for an agreed-upon visit. This is what ended up happening, but I do remain in contact with her and schedule visits through a private email account.” —TIFFANIE

“Our daughter’s birth mom did not feel like she needed one, since we had built a strong relationship during her pregnancy and I wanted that to continue, but the adoption service provider pressured her into requesting one. We created one…but, sadly, it’s been three months since our daughter’s birth and her birth mother has not tried to contact us at all.” —KIMBERLY

“I believe in most states these are not legally binding, so the birth parents couldn’t enforce the contract. In that case, it would seem terribly misleading to me to even have one. The birth parents might be led to think that they have some guarantee or protection, when in fact it’s not worth the paper it is written on. One would hope that adopting parents would just follow through with whatever they verbally agree to with the birth parents.” —JENNIFER

“Absolutely! It included visits three times a year and pictures. It’s slightly different for the birth father and the birth mother. I have no idea if it’s legally binding, but it’s a good start and guideline.” —LORI

“No. Since post-adoption agreements are legally enforceable in our state, my husband’s employer recommended not signing one.” —JANE

“The rights of my children’s biological parent was terminated, so I would never have entered into a contract of any kind with her. It would give her a power she does not deserve. I can’t believe that these are a legally binding contract in some states. I believe your contact with biological family should be what is comfortable for all parties.” —KIMBERLEY

“We were offered one, but we never did it. I think it all depends on your situation. We felt like we could let our relationship with the birth family progress naturally instead of writing up a contract. And so far, we haven’t had any problems.” —CARIE

“We did have one, but only for the first year, and it was pretty basic. We sent a letter and pictures each month and we were to visit four times the first year. I do wish I’d kept copies of those letters. Our adoption agency closed by the second year, so we did not have any formal agreement after that. Since that second year, visits have decreased. Currently, we have not seen our son’s birth mother or half sister in over a year. Even though she doesn’t respond, I continue to leave messages and text because I do not want to be the one who kept her and my son apart. My son is not very interested in seeing her right now, but that may change one day.” —BETH

<
Previous:
Letters to the Editor, RE: March 2017
Next:
>
"How I Met My Daughters"
Authors
Editorial Team