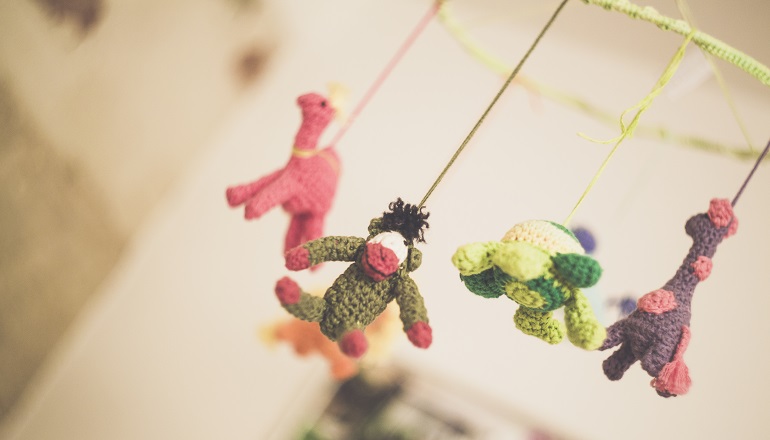 When I first brought my two children home from Guatemala, getting them to sleep was a huge battle. After a week with very little sleep I bought the book Sleeping Through the Night, by Jodi A. Mindell. It advocates a modified Ferber method, which began working within two nights! We also have a strict bedtime routine and use a sound machine in their shared bedroom. We all feel better with a good night’s rest!
—Holly OBrien
via e-mail

We used the Ferber method and it only took about three nights of crying, and never for more than about 10 minutes, until our baby began sleeping soundly. We were either unbelievably lucky, or the method really works. We will definitely try again when baby number two comes along (currently in that waiting period again).
—Kelly Vandergriff
via e-mail

Our son did not like sleeping in his crib. We tried sleeping in chairs with him, sleeping on the floor with him, and rocking him, all to no avail. Finally, our pediatrician suggested the cry-it-out method. We tried it and it worked within a couple days. Our son settled into a regular routine of going to sleep from 8 p.m. to 6 a.m. every night with no night feeds from that point on. I regret such a harsh way of addressing this issue now that I’ve learned other skills, but being a parent is all about learning!
—Denise
submitted online

Staying Close to Our Kids

When we returned from China, we first put our daughter to bed in a crib because she had slept in one at the orphanage. But after several months of night terrors, we moved her toddler bed into our bedroom. Still, her sleep problems didn’t completely disappear until I started falling asleep with her. I wish I’d done this from the beginning. Maybe I could have saved many a sleepless night.
—Alicia Messing
Phoenix, Arizona

After reading bedtime stories and tucking my daughter into bed, I would read my own book with a small book light in one of the extra bunks in her room. Though the room was relatively dark and quiet, she felt my proximity and soon felt secure enough to fall asleep quickly and to sleep through the night.

We took the time and care to help her feel secure in the beginning and it paid off. Now she goes to bed gladly, sleeps without nightmares, and wakes each morning with a smile.
—Barbara Ross Ellis
submitted online

When we adopted a 6-year-old girl from foster care, she had an extreme aversion to sleeping alone at night and was prone to night terrors. My husband and I adjusted our nighttime schedule, and the whole family went to bed at the same time, with our daughter sleeping on a crib mattress on the floor of our bedroom. We never mentioned the possibility of her sleeping anywhere else.

For the first few weeks, our daughter woke screaming several times each night, then fell back asleep holding my hand. About three months into the routine, when she was regularly sleeping soundly through the night, she asked, “How come I’m the only one who sleeps on the floor in this family? Can I have my own bed in the girl’s room?” Problem solved!
—Ronda Evans
Chico, California

Initially, both of our children woke several times throughout the night. At first, we responded to every cry by going to the nursery, patting them and talking to them in soft voices. If this didn’t work, we’d rock them back to sleep or offer a bottle. As our children began to bond with us, they required fewer interventions and, after a few weeks, both children were very good at sleeping through the night.
—Paula Harrington
submitted online

Six months after my daughter came home from Guatemala she was still waking every two hours for a bottle. She drank more at night than the did during the day! Her pediatrician suggested refusing her, cold turkey. I couldn’t that. Instead, I used a method from Dr. Sears’ The Baby Book called “watering down,” diluting the bottles gradually. It worked! Within a week, she no longer found them worth waking for.

My daughter has always slept next to me, but she is a very active sleeper and used to wake me up at night. The solution has been to place a booster pillow between us. If she wakes during the night and wants me, I can just reach over the pillow to pat her.
—Casey
submitted online

Nightmares became a problem for our daughter when she turned 4. Until then, she had basically been a sound sleeper, sleeping through the night in her own room. So, after years of thinking that sleep was not a problem in our household, we suddenly found ourselves being woken up several times a night. We gave in and let her crawl into bed with us when she wanted to. The pattern remains to this day—she’ll go for months without nightmares, then she may sleep with us for a bad week or two, and then she’ll go back to months of sleeping through the night with no problems.
—Anju
via e-mail

If our kids are having trouble falling asleep, well all have some Sleepytime tea before bedtime for a few nights. We find that this tea really works psychologically.
—Katie Sheridan
via e-mail

Remember to Look for Other Causes

When our son came home to us at 4-months-old, he woke continually at night. Even after weaning him off nighttime feeding seven months later, he continued to wake as many as seven times a night, screaming. Finally, I did some research and signed our son up for a sleep study and we discovered that our son suffered from sleep apnea. The cure was no fun but pretty simple: tonsillectomy. Once he recovered from the surgery he started sleeping all night! His behavior during the day has also improved tremendously. I now get as mush sleep as any mother of four children can, and I love every minute of it.
—Mary Fuller
Caledonia, Illinois