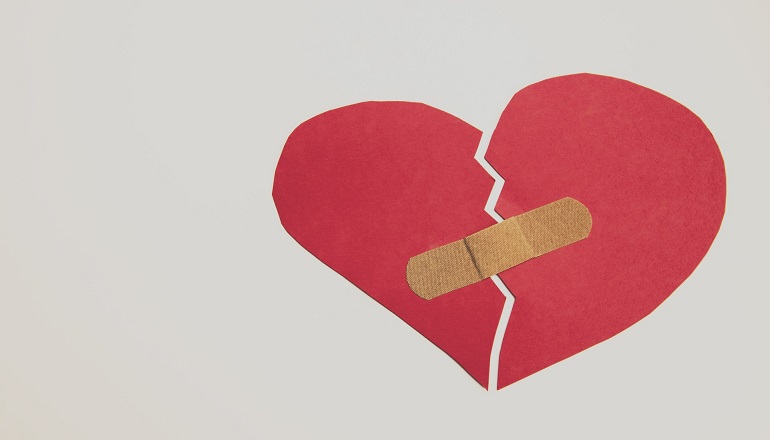 In my early years as a mother, I was against Band-Aids. It’s hard to explain, but I didn’t want a child who needed a bandage for every little boo-boo. It seemed unnecessary, wasteful of both time and product. And so I tried to avoid the use of bandages until absolutely necessary. (Just as idealistic were my vows not to allow my children to watch TV, chew gum, or sleep in my bed.) My oldest daughter did not see a Band-Aid until she was at least three years old. I was vigilant about “busting” bandage abusers, if only with my judgmental thoughts and smug looks.

That was then. Now (a few kids later) I have Band-Aids, gauze, antiseptic wipes, Kleenex, suckers, and gum in every nook and cranny of our home. I would not be caught without an adhesive bandage! I have learned two things: Children have pain beyond what we can see, and Band-Aids are not just physical objects.

The Band-Aid was developed in 1920, by Earle Dickson, a cotton buyer for Johnson & Johnson, for his wife, Josephine, who was clumsy and often cut herself while working in the kitchen. Dickson, a doting, new husband, simply wanted to comfort his wife. In my early crusade against Band-Aids, it was this kind of coddling that I was against. The problem with making rules in advance is that you have no idea what is coming.

Enter Faven: She is 10, and she joined our bustling family eight months ago, through international adoption. On an almost daily basis, Faven has come to me with some hurt that needed attending to. There have been tears in the skin at the bottom of her nails, canker sores, rashes, bruises, painful teeth and gums, swollen knees, dry and itchy skin, a torn fingernail, a scratch from her sister, a callus, a sore neck, bad hair, and a blister on her baby toe. There have also been many “ooweys” that I have been unable to diagnose, with “Mama ouch!” as the only information that she could give.

At first, I was perplexed by her demands for attention, certain that she couldn’t have been this needy in Ethiopia. But I know, despite the exemplary attention of loving caregivers, Faven has been without a mother for some time. So far, her complaints have been easy to deal with (my time, patience, and energy notwithstanding). I have applied Band-Aids, lotion, ointment, salt-water gargles, ice and heat, and hair products. And in doing so, I also applied a mother’s touch. I became her living Band-Aid. Our interaction has allowed her to be a child, to re-establish her role as someone’s daughter, my daughter. Faven’s need for immediate healing has been a satisfying way to begin the slow journey of building attachment. Our natural instincts are amazing!

Band-Aids, too, are amazing; all kids who have access to them want them. What did Earle Dickson put in there, anyway? I think he stuck the bits of gauze and plastic together with the healing power of human touch. It seems no coincidence that Band-Aids are difficult for children to apply by themselves.

As children grow and begin to move away from their parents’ protective grasp, a Band-Aid, lovingly applied, immediately re-connects mother to child. And when a family, such as ours, is blessed with an older child through adoption, the bandage does more than bond child to mother. It is also a way for the mom to apply herself to her child’s wounds, both seen and unseen. With our touch, we heal, protect, and connect.

<
Previous:
"Should I Proclaim My Family's Multiracial Identity?"
Next:
>
"We're Adopting!" How to Announce Your Decision to Friends and Family
Authors
Wendy Flemons