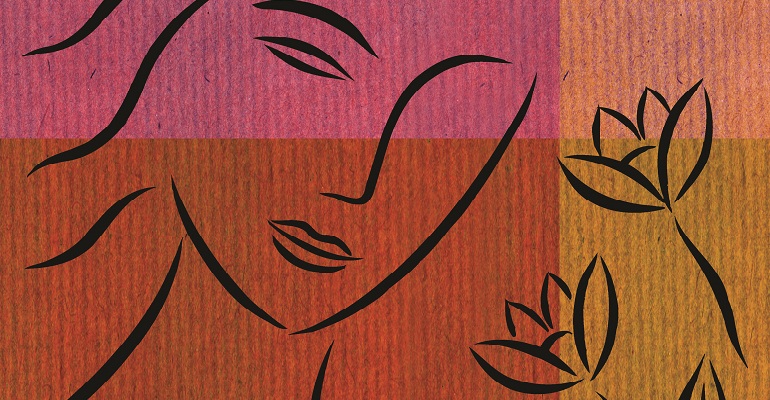 On a hot summer day, I sat in the cool basement, passing the time playing computer games. I was 34 years old, a respected teacher on summer vacation, and I felt a little ridiculous wasting my time that way. But the phone refused to ring, and I had to do something.

The radio launched into a reggae song I’ve always liked. Jimmy Cliff sang: “I can see clearly now, the rain is gone.” I shot a quick prayer into the ether, “Please let this be a sign!”

And so it was. Before the song ended, the phone rang. Natalie, the very young, very earnest caseworker who was holding our future in her hands, told me that the matching meeting was over. We’d been chosen to be the forever family of a boy waiting on the other side of town.

Natalie had first called about this little boy, named Joseph, a month earlier, when we were beginning our homestudy. Joseph was 13 months old. He’d been moved six times over the 11 months he’d been in foster care. Moderately behind in development and prone to illness, he was, nevertheless, a sweet-tempered and quiet baby. Would we like to meet him, she asked? Of course we did, but we had to wait for our homestudy approval before we could be formally considered. When our homestudy was finalized, we learned about the match meeting–that a team of social workers would decide if we were the right family for Joseph.

When Natalie called with the good news from the match meeting, I thought it was time to meet the baby who would become our son. No, she told us. First, she had to prepare a lengthy presentation about all of the potential damage and destruction that had occurred in Joseph’s short life. No, thanks, I wanted to tell her, but knew I shouldn’t. We had to go into this with our eyes wide open. So, instead, I asked how soon the presentation would be ready. Joseph was her first foster-to-adopt case, and she wanted to be sure she got it right. “How about 10 days from now?” she proposed.

Remember how Lucy would pull the football away at the last second, and poor Charlie Brown would fly through the air before landing on his back? Remember the “Aarrrgh!” in the bubble above his head every time it happened? That was our reaction to the 10-day wait.

Natalie met with us at the social services office, and laid a thick file folder on the table. A snapshot of a sickly little boy wearing a red T-shirt was pasted to the front. We all commented that red was not his color.

Natalie detailed Joseph’s many moves through the system, including a brief, disastrous return to his birth family. He didn’t sit up until nine months. At 13 months, he was just beginning to crawl and stand up. He was dangerously underweight and was considered a “failure to thrive.” He was not talking at all, and one eye didn’t seem to track quite right.

After about an hour of this grim recital, we ached to hold this child and give him the nurturing he so desperately needed. But, no, again, said Natalie. County procedure required us to take 24 hours to think about what we’d been told. So we left. And began counting hours.

Twenty-three hours and 58 minutes later, I picked up the phone. Natalie set up a time for us to meet at Joseph’s foster home. We were finally going to see our little boy!

We hadn’t entirely ignored the dire information we brought home the day before. Our biggest concern was Fetal Alcohol Syndrome (FAS). We went online and researched the early signs of severe FAS. If we see them, we told each other, we won’t bring the child home. But in our hearts, we knew that FAS wasn’t scary enough to turn us away from Joseph.

At the foster home, I struggled to maintain eye contact while greeting the nice foster couple and their two kids–I was too busy searching for Joseph.

And then, there he was. I first spied my son sitting on the floor, banging two blocks together. He was tiny, and he remained aloof from the proceedings. He’d known too much coming and going in his short life to be impressed by new faces.

I asked the foster mother whether he would mind my picking him up, not wanting to push too hard or frighten him. She assured me that he would go to anyone, any time.

I crouched next to Joseph and quietly said hello. He looked at me, and I lifted his small, solid body to my shoulder. I smiled and told him that I was his mama, not caring whether that was considered appropriate.

Joseph’s eyes met mine, both tracking just fine. He hugged me hard and beamed, as if to say, “Well, it’s about time!”

After our first days together, we realized that Joseph did not know his name. We called him Joseph, Joe, Joey, but nothing brought a reaction. We’d planned to make Bennett his middle name, but at the park one day I tried it out: “Hey, Ben!” Magic! He looked directly at me and grinned. Natalie was angry when she heard about the name change, and warned us about possible lasting emotional damage. But we felt Ben had had as large a part in choosing the name as we had.

The months that followed were filled with Ben. With his first laughter, which bubbled up from him one afternoon when we were playing in the baby pool and made me cry with joy. His first word, Mama, brought me to tears again.

An evaluation at a children’s hospital brought a diagnosis of Mild Hypotonic Cerebral Palsy, a mouthful that essentially meant that Ben’s muscle tone, strength, and balance were not quite right. We were told they wouldn’t get worse, though, and that he qualified for multiple therapies to help them improve.

As the hearing to terminate the birth family’s rights approached, Ben’s young parents turned up and requested reinstatement of their visits. I was angry with them at first, but now I’m grateful for the time I got to spend with the smart, but lost, young woman who carried my little boy and the young man who loved his girlfriend and baby, but was barely beyond boyhood himself. When he’s ready, I will tell my son about his birth parents, and assure him of the great love they felt for him.

Adoption day came 12 days before Ben’s second birthday. Both events were well celebrated by our family. Ben’s five now, and he keeps snapshots taken on adoption day under his pillow, to help him through sleepless nights.

We’re still grappling with some lingering hurt. Separation anxiety is a more ferocious monster for my little guy than for most children. His emotions can be hard to control, and there are times when I’m afraid his anger will overwhelm us all. Eating is still not his favorite activity, but he’s at a healthy weight. Thanks to an amazing speech therapist, Ben can talk to and be understood by his teachers and friends, and the lady at the supermarket checkout, too. Occupational and physical therapists have helped Ben walk, run, jump, climb, use scissors, and write his full name. A dedicated therapist is guiding us as we unlock his early traumas and try to help Ben lay them to rest.

And he looks great in red.

<
Previous:
"Mourning His Birth Mother with the Birth Family"
Next:
>
"A Dollhouse Family Just Like Ours"
Authors
Christina Clark