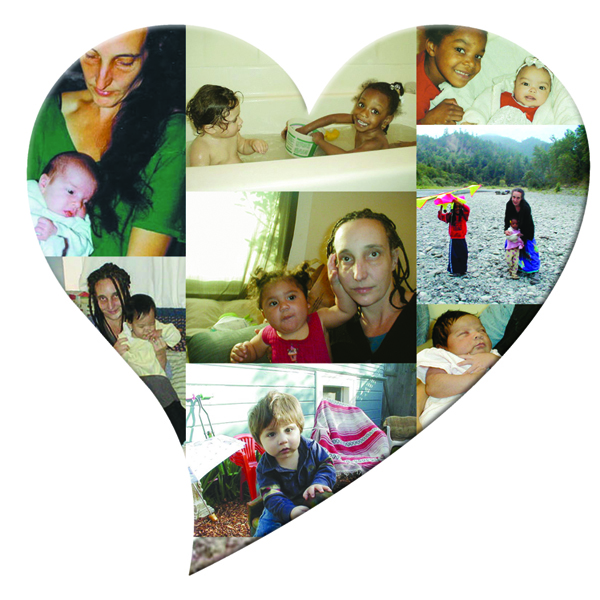 It’s unconscionable. A baby is sleeping in a bassinet at the foot of my bed, and I don’t even know the color of her eyes.

I’m a foster mom, and I love it! During the past five years, I’ve been loved, or at least needed, by more than a dozen babies and children who have lived with me, some as briefly as a day, some as long as 15 months. My heart, my mind, and my world have been opened wider than ever before. I’ve also been hit, kicked, spat on, sworn at, and told I’m hated. I’ve been resented not only by some of the children I’m trying to help, but by some of their biological parents, who hate that I’m doing the job they are unable to.

I’m a foster mother and, considering the number of abused and neglected children I’ve cared for, I imagine I can be forgiven for not recalling how many breathing treatments Jewel needed last June or at exactly what age little Ricardo finally uttered his first word. Or for not noticing the color of Amaya’s eyes the day, last December, that a driver for Social Services brought her to my front door and handed me a document to sign to “confirm delivery.” How can you notice the color of a little girl’s frightened eyes when all you can think is: This feels a little too much like receiving a UPS package.

Where Do These Kids Come From?

They come from hospitals — as infants fighting to overcome the harm caused by their mothers’ prenatal drug use, or as children, recovering from abuse. They come from broken homes or no homes. They come because a teacher reports that David has another bruise, and that he’s missed more days of school than he’s attended.

Once, when I was at Social Services with Ricardo, an exhausted woman herded her twin granddaughters into the office and explained that she could no longer afford to keep them. She handed over their belongings in a thin, green garbage bag and, in a flash, the girls’ futures were entrusted to the state.

Foster children come from everywhere, and each new arrival in the system sets off a series of hearings and a legal paper trail similar to that of an incarcerated adult. When a child enters the system, whether he’s placed in a group home or in a private one, like mine, he becomes a ward of the state.

Of the 402,378 U.S. children in foster care now, it’s estimated that 101,840 are eligible for adoption. Almost two-thirds of these eligible children will eventually be adopted into forever families. But many others will never find a permanent home. Everybody agrees that the fewer moves a child has to make, the better. But the reality is that too many children bounce from one foster home to another, from placement to placement, all the while wishing for one place where they can put down roots. It’s heart-wrenching that these children, considered “damaged goods” because of their ill-omened starts in life, become the victims of an overburdened system. About 20,000 18- to 21-year-olds age out of the system every year, and find themselves alone in society. Nevertheless, without the backbone of support from a loving family, they are expected to go on in school or find gainful employment. Is it any surprise, then, that rates of homelessness, unemployment, and incarceration are higher within this population?

As grim as this picture may seem, it’s steadily getting better. The Adoption Assistance and Child Welfare Act of 1980 encouraged the adoption of children from foster care by providing the first federal subsidies. In 1994 President Clinton signed the Multi-Ethnic Placement Act, which stipulates that race cannot be used as the sole determining factor in adoptive placement. Before that, welfare workers tried to place African-American children only with African-American parents because they were deemed to be the best equipped to give a black child the cultural and survival skills needed to function in an historically racist society. Another legislative landmark, the Adoption and Safe Families Act, signed into law in 1997, lessened the emphasis on biological-family preservation and provided state incentives for finalizing adoptions. As a result, 50,608 children were adopted from foster care in 2013, compared to 17,000 in 1990.

My sincere hope is that the law will continue to change in their favor and that more people will consider opening their hearts and homes to these children who so desperately need families.

What Are the Goals of Foster Care?

In theory, the primary goal that social workers strive for is the reunification of these children with their biological families. For up to 18 months, Social Services pays for birth parents to enroll in drug rehab programs, counseling sessions, parenting classes, and the like. Social workers facilitate or supervise regular visits between foster children and their parents, or with grandparents or other relatives who indicate a willingness to pursue custody. At regular intervals, the family’s progress is reviewed in court.

The findings determine whether reunification is appropriate, or whether, after a given period of time, the situation has not improved, and parental rights should be terminated, with an eye toward an adoptive placement plan. The recommendation can also be for long-term foster care or legal guardianship, depending on the circumstances.

Ironically, neither the foster child nor her foster parents are required to attend the hearings that will decide her future. Foster parents are often kept in the dark as to why a certain child has been placed in foster care. And some of the caseworkers and court-appointed attorneys who work for these children regard foster parents as little more than glorified babysitters, even if they have indicated an interest in adoption.

I adopted my daughter out of foster care, but it was a roller coaster ride, to be sure. She had entered the system at age two as a result of neglect, and her caseworker told me that her mother and father had “the longest rap sheets” she had ever seen. Still, I didn’t know until a few months before the finalization of her adoption whether or not her biological parents’ appeals would take precedence over the bond we had formed and my desire for a daughter.

I was lucky. The social workers and judges who decided my case recognized the merits of keeping my child in my home once we’d formed an attachment (which, for me, took about five minutes), and they weren’t concerned that I was a single parent or that I was of a different race from the girl who is now my daughter.

Isn’t It Hard to Say Goodbye?

I don’t have a stock answer. Of course it’s hard to let go of a child you’ve cared for, though, admittedly, harder with some than others. Like Ricardo, with the dimples you could curl up in, or chubby little Tawanna, who gave me great, wide-open-mouth kisses on my cheeks, and who helped with the dishes before she turned two. But I confess that I don’t much miss 11-year-old Brianna, who once broke a chair against her bedroom door to protest a time-out I was attempting to impose. She directed so much of her rage at prior abuse into anger against me that she was the one child I had to send away before Social Services could find her an adoptive placement. If I were religious, I’d have prayed for her.

If I had a much bigger house, if I won the lottery, or if I found a wealthy partner — I’d adopt em all. Well, maybe just a couple more. But until I can, I hope that others will.

Mainly, I try not to dwell on the politics of foster care. Instead, I focus on the qualities I’ve loved in the children I’ve cared for: the way my daughter used to say “San Francisco” with roughly 10 syllables; the way Tawanna, who came to me walking on unsteady legs, looking as if she were about to topple over, just got up one day and walked fine; or the way no one thought Ricardo would ever learn to talk. (Somehow, he gradually amassed so many words, and delighted so in using them, that naptime became a relief, an island of silence in his stream of chatter.) So, maybe I don’t remember exactly when he first said it, but I do know that he was so fond of bubble baths that his first word was “bubble.”

With each child whose life I’ve touched, even briefly, my life has been changed even more dramatically. Even if I don’t know the color of Amaya’s eyes.