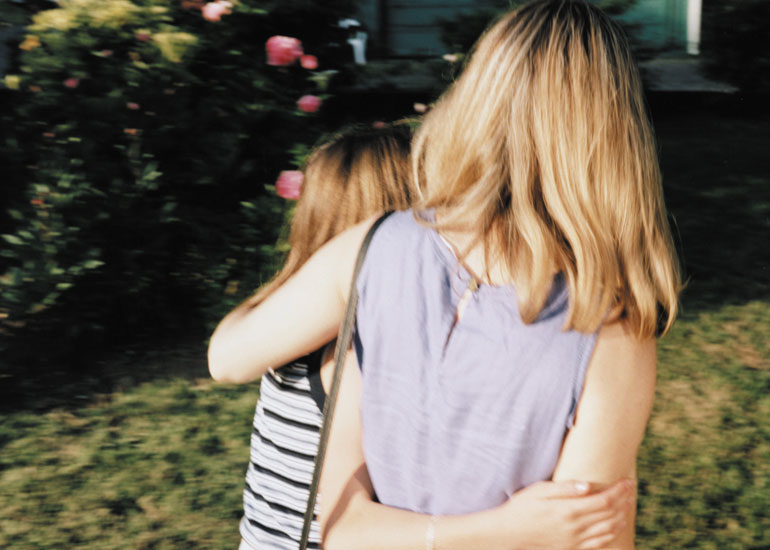 “Our seven-year-old daughter knows her adoption story, but, lately, she’s been asking a lot of questions about why she was ‘given up.’ Help!”

Since you have told your child her story from a young age, she understands that adoption is the way she joined her family. As you have found, it’s a good idea to introduce family and adoption matters when children are young. They develop a positive association with the topic, while the parents lay the foundation for more detailed conversations to come in the school-age years. If you maintain contact with the birth family, your daughter probably already knows, generally, why you, and not her birth mom, are raising her. But at her age, she will begin to question the specific reasons that led to her adoption. She might wonder, “Was I an ugly baby?” or “Did I cry too much?”

Help your child see that the adoption decision was based, first and foremost, on birth-family circumstances, and that the birth mother couldn’t take care of any child at the time. If you frame the information that way, a child won’t blame herself or take on the burden of the decision.

Don’t be afraid to give children concrete information about the reasons for their adoption, no matter how hard the truths are: drug and alcohol usage, and so on. Of course, details should be given in simple, positive terms. For instance, if the birth mother was a teenager at the time of placement, you could say that she was too young to be a mother, and that she could not raise any child.

Then, elaborate on any abstract concepts in a developmentally appropriate way. What does “too young” mean to a child? One family I know used their teenage babysitter, Jane, as an example to help their son, Jason, make sense of the adoption decision. Jason’s parents told him that Jane lives with her parents, and wouldn’t be ready to manage the responsibilities of being a parent herself. The explanation made sense to Jason, who couldn’t picture his babysitter in the role of a full-time mom. After all, he knew that Jane was in high school and was making plans to go to college.

Once your child understands why she was adopted, the next logical question is, “My birth mother’s circumstances have probably changed by now (for one thing, she is no longer a teenager)—does that mean she can take me back?” Stress the permanence of adoption, and explain the commitment involved in being a family, from your perspective and that of the birth mother. A reassurance might be, “Your birth mother knew that you needed a ‘forever family’ from the beginning. She knew she wasn’t ready to be a forever family, which is why she selected us to be your parents.”

You can also talk about the legal process involved in adoption. Show your child photos from your finalization day, as well as the paperwork that made her adoption permanent. Many families pull out the adoption decree for their child and say, “This is a legal document. It means you’re our child forever.”

It’s not a good idea to tell a child that her birth parents were too poor to raise a baby. While a seven-year-old can grasp the idea of permanence (even when circumstances, like age, change), she’ll be confused and fearful if you reduce the explanation to “poverty.” What happens when your child hears you discussing the family budget—or when you tell her that you cannot afford the new bike she wants? She may think, “I was given up once before because of money. That could happen again.” Although finances affect many birth parents’ decisions, it’s not the only reason that adoption plans are made.

Similarly, don’t reduce the explanation to, “She placed you for adoption because she loved you.” You tell your child you love her. Does that mean your home isn’t permanent either? Share details about all the deciding factors.

Encourage the birth mother to participate in these discussions—either in person, on the phone, or through letters. She can assure your daughter, in concrete terms, that, even though she may have by now gotten married and had other children, she is not going to try to take her from her forever family! (If contact has slowed or ended, parents should convey the birth parents’ love and share whatever information they have.)

This is one of the rewards of open adoption: When the birth parents are real people, who are involved in your life, it’s easier for a child to understand adoption, family, and birth-family roles. The ongoing contact tells your child,  “Your birth mom will always be your birth mother, and we will always be your parents.”

<
Previous:
Discussing a Difficult Past After Foster Adoption
Next:
>
Helping Your Child with Peer Exclusion
Authors
Kathleen Silber