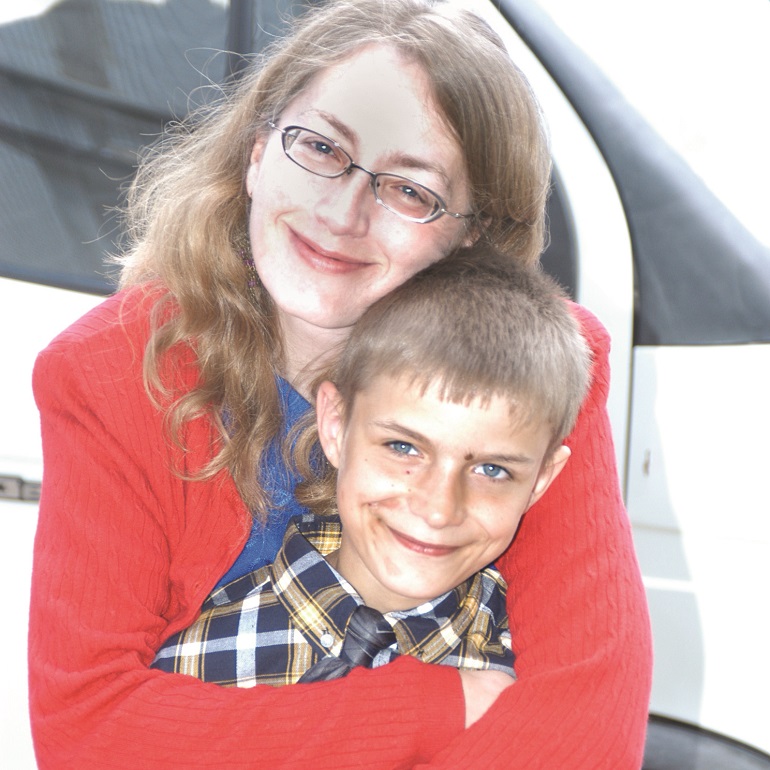 “Hey birthday boy, no dishes for you today,” I say to my 14-year-old son, reminding him of our “no chore” tradition.

“That’s mean,” Daniel jokes as he stands in the kitchen. “What am I going to eat on, if I can’t have dishes?”

“You sound just like your dad.” I shake my head, laughing. “You’ve got the Holmquist humor gene.”

“That’s genetically impossible,” he says with a smile, before I tousle his hair and give him a hug.

Yes, it is genetically impossible for Daniel to have inherited his father’s silly sense of humor. The power of nurture, though, should never be underestimated.

These days, that’s a point worth noting. A recent ad in the University of Chicago newspaper offered $35,000 for sperm from someone who is “very smart, very attractive, and very happy,” while an ad in The Harvard Crimson offered $55,000 for an egg from a Harvard woman. In a society where people believe they can engineer the “perfect” fetus, the influence of parenting has never seemed so important.

I see both sides of the nature/nurture debate in my household. Anna and Ben, our first two children, are virtual clones of my husband and me. Even their personalities are similar to ours—we’re quiet, creative types who express ourselves in writing, or on the stage.

Our two other kids were adopted from Russia when they were 10 and 11. Masha and Daniel are both athletically inclined, gregarious children who’d rather be skiing than reading a book. In other words, not exactly like us.

Of course, shared genes don’t always guarantee that personalities will align. I know many families who disprove the argument that nature trumps nurture. Unfortunately, I will never know what Masha and Daniel’s parents were like. Were they athletic? Big talkers? I havent a clue. All we know about them are their tragic ends and our children’s painful recollections. So my view of nature comes with caveats.

Nurture, on the other hand, may lack that “built-in” quality, but it has its own power to mold an individual. In my home, I’ve seen what love and encouragement can accomplish. When Daniel came to us, he was angry and mistrustful. He and his sister had lived in an orphanage for four years, following neglect, trauma, and malnutrition in their first home. Daniel had taken on the overwhelming responsibility of protecting his sister in an environment where he had no control.

While Masha trusted us easily from the beginning, Daniel used his sharp mind to test his new parents, daring us to reject him, as everyone else had. He would ask how long it would take to drive to McDonald’s. We’d tell him 15 minutes. He’d tell us we were lying. I would talk on the phone with a friend. He would glare at me and yell, “You’re making plans to send me back to Russia!”

One morning, I dropped him off at school.

“Sure, honey. Go ahead,” I responded, always willing to open deeper lines of communication.

With that parting shot, he slid the van door shut, waved to me with a smile, and trotted off to school.

Dealing with his anger, his penchant for running away, for finding rejection where there was none, challenged me as nothing had before. I often despaired and made mistakes, but I kept being his mother. I read piles of books, finding new strategies to help him (and us). We took him to therapists, we gave him new models, and new ways to behave. We worked at training his negative mind to become positive, and we prayed, and prayed, and prayed some more.

One day I cheerfully announced that we were having ice cream for dessert. Daniel gave me a sour look. “It’s probably cherry ice cream, or banana, because you know I hate cherry and banana.”

“That’s negative thinking,” I said, restraining a sigh. “You could say, Hey, my mom loves me and wants to buy me ice cream. I bet it will taste great!”

Day after day, we praised Daniel’s successes; we gave him choices and tough consequences. We told him we’d always be his parents, and we expected him to be part of the family. There were days when I felt successful, and days when I felt I was an utter failure at this complex job of loving a hurt little boy.

“I don’t belong here,” he would say, over and over.

“Yes, you do,” we told him, repeatedly, like a broken record, and finally, tiredly, with exasperation.

One day, after more than a year of chaos in our home, Daniel decided to trust us. I remember the moment clearly. It was near the end of a beautiful Indian-summer day, a day when our new son had responded normally to just about everything. There had been none of Daniel’s usual attempts to make me angry, none of his oppositional behavior. We were sitting on the dock of our northern Wisconsin lake home, watching the sunshine linger on the water.

“You have,” I replied. “How come?” The abrupt change was striking.

“Well,” he said, swinging his legs over the edge of the dock, “I just decided to.”

Had time proven to Daniel that he was safe with us? Had the cumulative effect of all of our efforts suddenly changed his heart on that particular day, or was it a miraculous act of God?

The card he gave me for Mother’s Day last year made me cry happy tears. (Daniel hadn’t known “happy tears” existed until I explained the phenomenon to him his first year home with us. “No one cries when they’re happy!” he declared.) Last May, when I cried happy tears, he understood.

“Thank you for being the best mom anyone could wish for,” he wrote in the card. “That really changed my life a lot.”

I realize that no amount of effort can alter certain inherent gifts or limitations. Yet it’s naive to believe that securing an egg from a smart Harvard woman will guarantee a happy, whole human being. Daniel’s heart is more complex than we, his imperfect parents, can ever understand. Still, every time I hear this thoughtful teenager joke like his father or remind me to think positively, I know he’s “inherited” a few things from us.

<
Previous:
"Slipping into Parenthood"
Next:
>
Building Identity: "Who Can I Be?"
Authors
Julie Holmquist