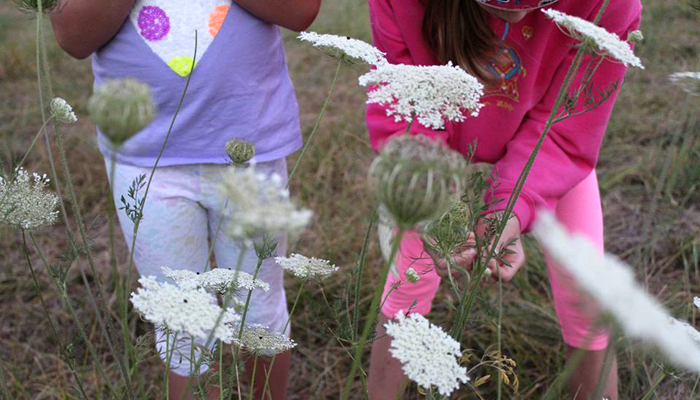 These were the famous first words my husband heard from our younger daughter the day we met her and her sister. She had just jumped out of her grandparent’s truck, brown ponytail swinging. Her sister looked equally adorable in a matching blonde ponytail and Hello Kitty dress.

I’m not sure what their very first words were as babies. For some it’s “Dada” or ”Mama” or “No.” Our kids came to us speaking full, funny, sassy sentences.

That bright August morning was the culmination of years of heartache. Those first words from our youngest girl were a sentence full of hope compared to many of the other words Rob and I had endured on our journey to parenthood:

“You might have some trouble getting pregnant, but we’ll just give you some pills,” from a physician’s assistant who first diagnosed me with PCOS (polycystic ovarian syndrome), the reason for my infertility. She also turned out to be sadly incorrect.

“Come back and see me after you’ve lost 50 pounds,” said one unfeeling gynecologist whom I saw for fertility help. I left his office in tears, the entire waiting room probably wondering what had happened.

“I’m sorry, there’s no heartbeat,” from a fertility specialist on the most disappointing day of our lives.

“I just need someone to mother,” I choked out through sobs in the car to my husband, weeks after my second miscarriage as we decided to move forward with the idea of foster parenting.

“Hello, I have five- and six-year-old girls who need placement,” in a voicemail from a social worker who would change our lives. Minutes later my husband and I sat in my car on a break from work, gazing at the picture the social worker had just emailed to us. Two little girls, the older one, Kristy,* wearing a pair of sunglasses and smiling gap-toothed into the camera, her sister smiling sweetly beside her. These were the most encouraging words we had heard thus far, yet they still filled us with apprehension as we had no guarantee that we would get to one day call these girls our own.

But now, on this sunny morning full of promise, and in those first few days after, we only heard words that thrilled us and cracked us up:

“Can we paint our nails?”

“Can we go jump on the bounce-aline?” said Katie, referring to her invented word for the neighbor’s trampoline.

“I’m allergic to hot cheese,” said Katie as she disdainfully picked at the casserole set in front of her for dinner.

That first day in our home the girls explored, crawled under our bed repeatedly to try and coax out the cat, and were just happy little girls.

Our “honeymoon” period, as the first few days (or weeks, if you’re lucky) in an adoption or foster placement are called, was amazing. We took the girls to the zoo, the park, and the pool, and snapped countless pictures. I packed my bright pink tote bag full of oranges and sunscreen, thrilled to finally be toting around a “mom bag.”

However, all honeymoons must come to an end and the months rolled along. Some days were smooth and fun, other days we bumped along some unpaved roads and the sentences out of our darlings’ mouths were sometimes less than sweet.

“You’re not my Dad!” yelled Kristy in the middle of a meltdown

“Take it down!” screamed Katie, referring to the jacket we’d slung over the top of her door in an effort to stop the repeated slamming.

“That’s mine!” we heard more than once as we attempted to break up ugly knockdown drag outs. These fights were less the result of sibling rivalry and more about having been split up in their early years and never having formed a proper bond in the middle of the chaos to which they were subjected.

Rob and I also exchanged difficult words we didn’t think we would ever say:

While the girls played in the next room, we sat in the kitchen questioning all we had done and all that would or could happen. I always say that we were lucky neither of us was ready to quit at the same time. Yet, however deep we were drowning, I don’t think either of us really would have pulled the plug. We wanted their move to our home to be the last one they would ever make, so giving up really wasn’t an option. 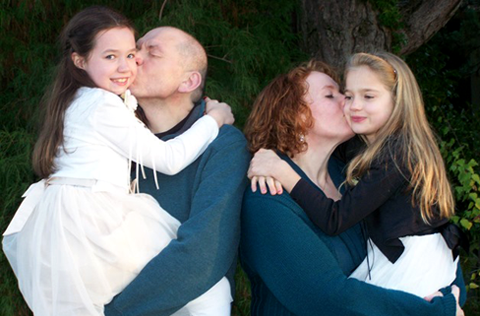 Family, in So Many Words

In those early months, I knew my husband had fallen headlong in love with these silly sisters, but I was too mired in the craziness to sort out what I felt.

I’ve heard many times that love isn’t a feeling, it’s a decision. If this is true, the early love I felt for my girls lay in the decisions I made for their sake. Decisions like sitting and hugging my five-year-old after she had destroyed her room in another fit of rage and deciding not to take it personally, remembering all she had been through. It was deciding to sit with Katie using alphabet flashcards while she took a bath so she could start kindergarten knowing the whole alphabet. Deciding that Kristy’s difficulties in school and at home needed attention, then reading and researching all I could until we had answers and help. It was deciding to ask for forgiveness from them many times when I lost my cool or knew I just wasn’t getting this mom thing right.

Two years, three months, and one day after Katie’s famous first words, the best sentence ever came from the judge who made us a family:

“You have been granted all the privileges and rights of a natural parent.”

A few months later, we received their official birth certificates with their new middle names of Hope and Joy and our last name. These certificates were just legal pieces of paper declaring what we had already known all along—they were ours. By then, I knew that I loved them with my whole heart and without hesitation.

The drama we lived with in those early months has been replaced with a different kind—the chaos of raising tweens who will all too soon be teenagers. Today, the sentences flying around in our house probably sound a lot like those from many in our same stage of life:

“Get your shoes on!”

“I want Daddy!” wailed Katie recently as I rushed her to the emergency room for a cut finger that wouldn’t stop bleeding. That one made my husband feel pretty good.

Not long ago Katie, who spoke those first words we ever heard from our girls, came up with some good ones for me as I tucked her into bed:

“You’re the best mom ever!”

*Names have been changed.

SANDY CARPENTER works in the healthcare field and is a writer, a wife, and the mother to two human kids, one dog, one cat, two tarantulas, and three millipedes. She is passionate about spreading the word that it is not just biology that makes a family. She loves volunteering in her church’s children’s ministry and enjoys spending time with her family near Vancouver, Washington.

<
Previous:
Ask AF: How to Ask My Children About Trauma in Their Past?
Next:
>
"'Trashy' Parents?"
Authors
Sandy Carpenter